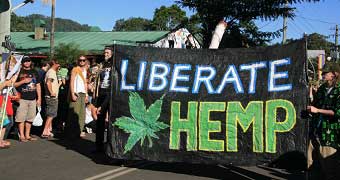 While many associate hemp with marijuana, the two are quite different. Unlike marijuana, industrial hemp has a low concentration of THC — the chemical component which gives pot its power. With just 0.3 percent THC at its dried weight, hemp is simply not potent enough to cause a high if smoked, which, for some, is a total bummer, yes, but also raises the question of why hemp should be subject to a Schedule I drug classification. (Most marijuana supporters wonder why pot gets that highest controlled substances classification, anyway.)

Supporters are looking to have industrial hemp reclassified, as well as abolish many of the harshest restrictions on production of the product.

Hemp and marijuana are both varieties of cannabis sativa, making their seeds largely indistinguishable from one another, but hemp supporters argue the two issues of marijuana legalization and production of industrial hemp are separate.

“It’s not just the old notion of hemp equals marijuana,” Rep. Dina Titus (D-Nev.) told The Huffington Post in an interview at the expo. “But it’s part of that same debate.”

Current federal law places heavy restrictions on hemp. One restriction requires a DEA permit for any production of the substance. Another places strict security protocol on hemp production, even though, again, this really isn’t the kind of weed that’s going to encourage anyone to run out to Taco Bell.

But because of the harsh restrictions, most of the hemp in the U.S. marketplace is simply imported from places like China, Canada and India. And hemp proponents at the expo on Tuesday argued this was costing Americans jobs and control over their goods.

Duane Sinning, the assistant director of plant industries at the Colorado Department of Agriculture, argued it was unprecedented to restrict manufacturers from controlling what pesticides and environmental practices were being used in their hemp goods.

“Tell me another crop,” Sinning said.

Perhaps the most eye-catching product at the expo was the inside panel of a car door. BMW has used hemp overseas to replace a synthetic plastic that’s used inside its cars.

“It’s a renewable version of something that’s already being made,” said Tom Moylan, with Movement Media, arguing that it was a sustainable way to replace plastic and capture greenhouse gases.

“So if we can use something that is doing that, that’s being that proactive toward the environment, then why not?” he asked. 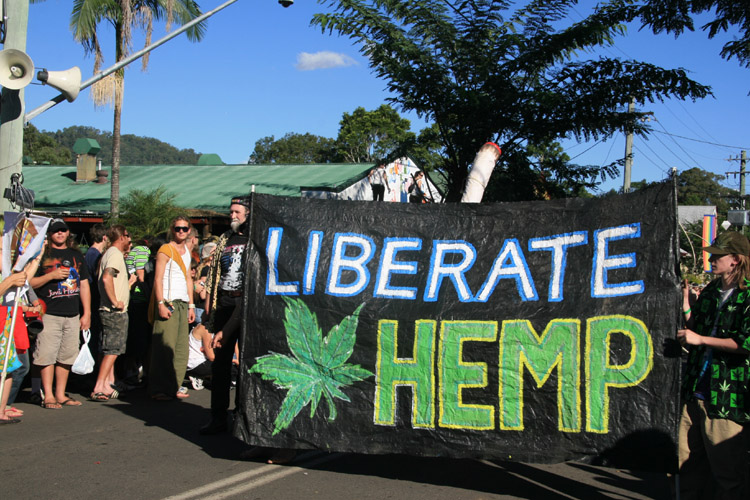