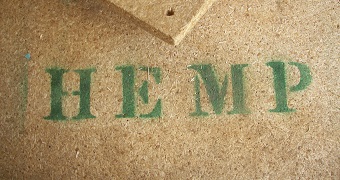 If you’ve spent any time around marijuana consumers, you’ve no doubt run into the Hempster. He or she is that proponent of industrial hemp who preaches the gospel of Hemp Will Save the Planet, who reminds you at every opportunity that marijuana may be great for medicine and getting high, but the real value of cannabis is in the industrial hemp that can be made into food, fuel, fiber, plastics, paper, and so much more, man!

While I’m sympathetic to overturning the idiocy of banning an industrial crop with no properties of a drug, I’m also skeptical whenever someone presents “silver bullet” thinking that portrays complex problems solved with simplistic answers. Hemp’s not going to save the world, I’d argue, without concomitant solutions for wealth inequality, religious extremism, ethnic warfare and overpopulation.

Besides, I believe in greed; if hemp were really all that Hempsters make it out to be, why wouldn’t China be taking greater advantage of its legal hemp cultivation status? Have you seen photos of the smog in Shanghai?

Why wouldn’t their government be converting all their vehicles to hemp biodiesel and manufacturing all the wonderful things hemp can provide, both to improve their economy and their environment? There must be other complex reasons why hemp isn’t saving China yet, much less the world.

I intended to find out. In early January, I attended a hands-on hemp seminar that may make a Hempster out of me yet. Produced by Hemp Technologies Global in partnership with Hemp Ace International, the one-day seminar was focused on just one industrial application of hemp — the building material known as Hempcrete.

Hempcrete is a concrete-like substance you get when you mix hemp, lime and water, and pour it into forms. It’s not just any hemp; specifically, you need the hemp hurd fibers from the core of a hemp stalk. (The pile of stalks you have from your medical marijuana garden won’t work, explained Hemp Ace’s Joy Beckerman-Maher to an attendee who asked.) It’s also not made from just any lime, either, I learned. While I knew the lime-in-de-coconut from the lime-in-de-limestone, I didn’t realize there were different types of lime, otherwise known as calcium carbonate. The water is plain old water, though.

It’s that lime that makes the Hempcrete so special. When lime exists in nature, in the limestone, it is calcium carbonate — CaCO3 (an atom of calcium, carbon, and three oxygen atoms). Fire that up to around 900 degrees Celsius and the carbon dioxide — CO2 (an atom of carbon and two of oxygen) — burns off. That leaves you with calcium oxide, or quicklime — CaO (an atom of calcium and oxygen). Add a small amount of water — H2O (two atoms of hydrogen and an atom of oxygen) — and you get the powdery hydrated lime needed for hempcrete.

When you add more water as you mix the hydrated lime into the hemp hurds, the lime becomes calcium hydroxide — Ca(OH)2 (an atom of calcium and two bonded oxygen and hydrogen atoms). Chemically, calcium hydroxide is unstable and wants to return to being calcium carbonate. Over time, water will evaporate from the hempcrete — two hydrogen atoms and one oxygen — and rushing in to replace it will be carbon dioxide from the atmosphere — a carbon and two oxygens.

That’s far more chemistry than I successfully completed in school, but the bottom line is this: a hempcrete building, if locally sourced, is carbon negative. The carbon footprint of heating up the limestone to 900° C is less than the amount of carbon the hempcrete takes in as it petrifies, also considering the carbon the hemp plants will take in as they grow. The only way that equation doesn’t work is if you have to truck or fly in your hemp from another country, as required by our current national prohibition on industrial hemp.

That prohibition doesn’t exist in Canada and Europe, though, where advocates are installing hempcrete structures as fast as they can. The acknowledged expert in such construction is an Irish fellow named Steve Allin.

Through his website, HempBuilding.com, and his organization, the International Hemp Building Association, Allin “has consulted with different projects all over the world, from Austria to Canada and Slovakia to the U.K. and has worked on projects in Switzerland and all over Ireland.”

Prohibition is also denying our American farmers an important cash crop. Canadian hemp farmers are clearing $350 per acre, according to Doug Fine, author of the best-seller Hemp Bound. That’s multiples more than can be cleared with other crops. Hemp can be planted as a rotational crop with soy, wheat, and corn, and the hemp’s deep tap roots help revitalize the soil, while its phytoremediative qualities pull toxins from it. Ultimately, we can restore American family farms and grow a better building material using hemp.

Joy Beckerman-Maher from HempAce showed us some remarkable demonstrations for hemp building provided by Steve Allin. In one video, Allin has set a propane blowtorch up against a brick of Hempcrete, allowing the flame to burn just one inch away. After ten minutes, there is just a small quarter-sized hole of ash, about a centimeter deep. The Hempcrete around the ash is blackened, yet is cool to the touch. Allin explains how Hempcrete is naturally fireproof and if you wanted to fix that burn hole, it would only take a small spackle of fresh Hempcrete over the top of it. The new Hempcrete melds onto the old and nobody would ever know there had been a blowtorch hole there.

OK, so we’ve got this way to make buildings out of hemp and lime, it’s carbon negative and it’s virtually fireproof. That would be enough to sell me on the product, but as they say in the TV ads: hold on, that’s not all. If you’ve ever experienced building a conventional home, you know there is a lot of lumber that goes into the framing. Hempcrete isn’t strong enough to be load-bearing, so a home still needs some lumber, steel, or masonry framing. But Hempcrete is fairly strong, enough so the standard spacing of the wall beams can be increased (so long as building codes allow), meaning less lumber, which saves costs and a few trees.

Still not sold? The Hempcrete that fills in the walls takes the place of that nasty pink fiberglass insulation and that chalky drywall that keeps it covered. Not only does it replace these toxic, environmentally-detrimental building materials, it does a better job.

Remember the evaporation from Hempcrete, that H2O that gets replaced with CO2? Hempcrete remains hygroscopic — it absorbs and radiates humidity — throughout its life. This process acts as a natural temperature control, allowing the building to absorb daytime heat and release it at night and nighttime cool to release in the day. Allin spoke of bringing his wife to a location with high humidity and 90 degree Fahrenheit temperatures, and watching her cry when she walked into the unfinished Hempcrete building where the temps were in the mid-70s and dry. Even with this hygroscopic characteristic, when it comes to air, the Hempcrete home is very air tight.

And that insulation isn’t limited to just the walls of your home. The insulation factor of a foot-thick of Hempcrete is an R-25. That’s a value suitable for flooring, which would require an eight-inch thick roll of that fiberglass insulation. R-18 is recommended for walls; we can get that with eight inches of Hempcrete. We can even insulate the roof with Hempcrete; it’s light enough and just twenty inches provides the recommended R-49 value.

Another great selling point for me was the soundproofing capabilities of Hempcrete. Anndrea Hermann from Hemp Technologies spoke of projects to create the soundproofing walls that separate residential areas from major freeways in Europe. In another video, a man manufacturing multi-family dwellings in the United Kingdom praised the ability of Hempcrete to form thin separating walls that more effectively dampen next-door sound than any building project he’s worked on.

Finally, there is the permanence and earth-friendliness of the material. The hemp in a Hempcrete home allows for the transfer of free lime within the structure to any cracks that may develop over time through shifting foundations. It petrifies within the cracks within the walls as if it had the self-healing powers of Wolverine from the X-Men. The long, strong fibers of hemp make it resilient in the face of earthquakes, able to distribute motion and bend without breaking. When it petrifies into its hardened state, it can last hundreds, perhaps thousands of years. But if we need to tear it down someday, every bit of that Hempcrete is biodegradable — rather than trucking it to a landfill, you can literally just plow it under.

So here I am, converted to the gospel of Hempcrete, ready to proselytize to the world an affordable building material that is ecologically sustainable, economically viable, and will help clean our atmosphere of climate-warming carbon dioxide. The only remaining step was my baptism in ‘crete, as Beckerman-Maher led us on a hands-on experience of building our own Hempcrete brick. 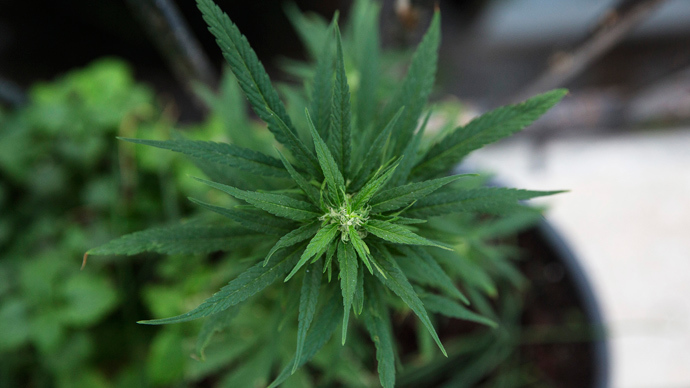 Dazed And … Constructed? How Hemp Could Alter Material Selections In...