Research should be done to maintain THC (Tetra Hydro Cannabinol) element in hemp as per the international norms in Uttarakhand, said Chief Minister Harish Rawat while chairing a meeting in Derhadun on Saturday.

“Farmers should be given licence to cultivate hemp and its fibre and seed should be procured by the Bamboo and Fibre Board,” he said. “However, it is up to the excise department to make sure that the cultivated hemps are not used as narcotic substances,” the CM said. In course of the meeting, detailed discussion was held over the possibilities of using Hemp, Kandali and Bheemal in fibre- based industries.

Rural economy might be transformed significantly through fibre-based grass and plants, the CM said, adding that a working plan would be formulated to use Kandaali, Bheemal and Hemp commercially.

As per the NDPC Act, licence may be given to the growers from all the regions, excluding the sub-mountain and Bhabar areas of the State. “ But the yield must be purchased by the state government alone,” he said.

CM Rawat stated that research would be conducted by Pantnagar University, Vivekanand Research Institution, Almora and Bharsar University to develop such hemp seeds which contain THC elements up to 0.3-1.5 percent according to the standards. “International market has very high demand of Hemp fibre which is used as bio fibre. Hemp is grown naturally in the hilly areas,” he said.

“The trend is that the villagers destroy hemp crops fearing that they would perforce sell the produce to the Government,” he said. “Sugandh Podh Kendra situated at Selaqui can use Hemp in manufacturing cosmetic and oils. It is to be ensured that it may not be misused in manufacturing intoxicants,” he said.

Bamboo and Fibre Board was asked to study the practical use of Sanai. As fibres can be manufactured by Sanai monkeys and other animals cannot harm the crops, he said. State Government may grant aid if it is required, CM assured.

He said Timla tree above 4000 feet, Tejpata at 3000-4000 feet and Amla and Guava trees at 2000-3000 feet should be planted on priority basis by the forest department. Rambans and Bheemal may be used for fencing the forest, he said, adding that they would focus on developing the purchasing system to boost farming in the rural areas. 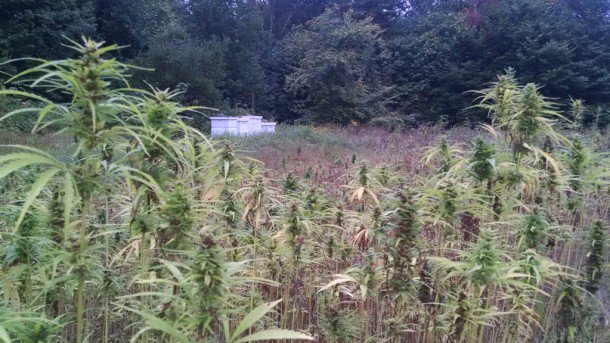 CO: This Extract Is Driving A Hemp Gold Rush. But Is...