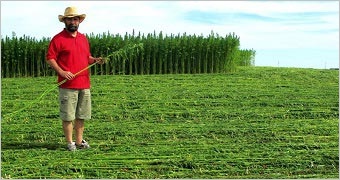 In surveying the lower-tiered economic development, many of these countries are in Sub-Saharan Africa. Due to being land locked, a lack of water sources for both drinking and travelling, many improper farming techniques have been used that has stripped the top soil of vital nutrients, making it impossible to grow crops allowing for the feeding of the local populace and being able to sell surplus crops abroad.

This is key in the 4th world, or the countries that have the lowest economic development. These countries are in such dire shape that they cannot even reach the lowest rung on the ladder to help pull themselves out of economic despair into economic independence. With problems such as the common populace lacking of even having enough money to buy nets to protect against mosquito bites that spread malaria, or even access to drinkable water is a problem. Compound this with nutrient depleted soil then it created a disaster.

Hemp has the ability to grow in the most nutrient depleted soil, and within a year is able to replenish soil with nutrients that will allow for the growth of crops the next year. Also the hemp can then be used to make threads that can make the mosquito nets. Hemp can also be used as a fuel source, can be made into plastic, and a source for paper. These different materials can be extracted and these items made that can start an economic revolution in Africa.

There are cultural and religious taboos that would prevent hemp to be used in such a manner. When Hemp is spoken of, they immediately think of only marijuana which can be used as medicine or recreationally. The economic value of Industrial Hemp is never even considered.

This began in the 1920’s and earlier whenever corporations such as DuPont sent special interest groups to the US Congress to outlaw hemp is a cash crop. This is due to the products made from hemp being superior to the chemically produced products of DuPont, threatening their existence. As a result a marketing campaign was created to demonize Hemp as the source of marijuana and marijuana would be used by Black men to seduce White women so that they could sleep with them.

The Black population was not only targeted in this negative propaganda. The Latino community was targeted also. The American population was told that the Mexicans would smoke marijuana becoming lazy and would rely on government handouts.

Up until the 1940’s, Hemp was actually grown as a cash crop in Tunisia until the French forced them to outlaw the production of hemp so that they could turn the Hemp fields into grape fields and then the grapes would be sold to France for the use of wine.

With a major drought hitting parts of Africa causing the mass starvation of people, with much of the land untillable the aerating of the soil and the deposit of the carbon dioxide into the soil will allow for the land to be used in short time for the growing of cash crops.

Industrial Hemp grows in abundance as well. One acre of Hemp will produce over ten tons of Hemp. Not only does this produce a lot of Hemp that can be used to revitalize a local economy, while using up a lot of Carbon Dioxide, which in turn reduces CO2 levels and helps in the fight against global warming.

There are other environmental benefits as well. Tree paper requires the use of many chemicals that harm the environment, the paper produced by Hemp does not require these chemicals making it have less of an environmental impact in its production. Also fuels produced by Hemp burns much cleaner than gasoline or diesel. The fiber from Hemp is amongst the strongest. Hemp can produce 250% more fiber then cotton and 600% more than flax side using the same amount of land. So a superior fiber will be made and in more abundance.

By growing Hemp as a cash crop that can also replenish the soil, we would be doing the world and future generations a service by using sustainable practices and techniques with one of the oldest known crops in the world. 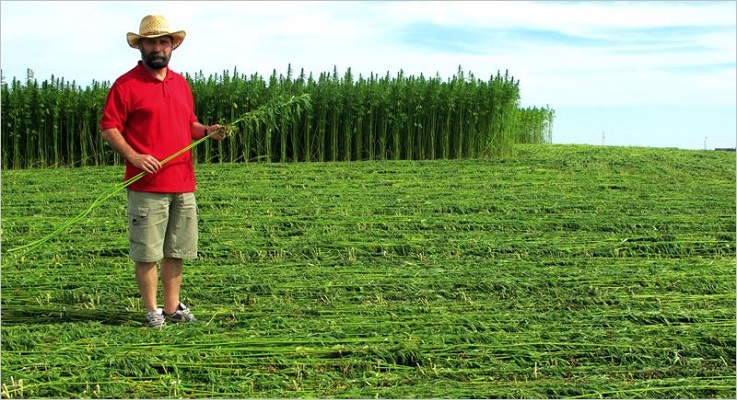