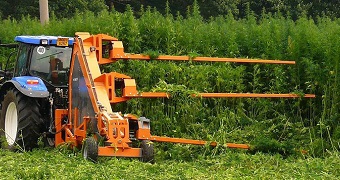 Hemp is a form of cannabis. However, it only contains 1 per cent THC — the chemical responsible for the “high” people feel when smoking marijuana, which contains about 5 to 20 per cent THC.

Ms Franks said the industry could help SA recover from the fallout of the closure of Holden’s Elizabeth manufacturing plant, which experts say will likely result in 13,000 jobs losses across Holden and its supply chain.

She said the Greens believed the industry would be a good fit for retrenched Holden workers and the party was keen to work with Manufacturing and Innovation Minister Kyam Maher to explore this possibility.

“The single largest use for hemp fibre produced in North America is for automotive composite products,” she says.

“Hemp fibre is worth serious consideration for automotive composite applications as it is easy to process and recycle, while it can also be customised to meet a variety of specifications and different manufacturing systems, as is evident in Europe and America.”

Ms Franks said the hemp industry in the US grew by 22 per cent in 2014 and had an annual retail turnover of $620 million.

“South Australia has an unemployment rate that needs to be urgently addressed, so it makes sense for us to think about prospective industries like the hemp industry,” she said.

Industrial Hemp Association of SA spokeswoman Ruth Trigg said the industry could provide a lifeline to workers affected by the Holden closure.

Hemp can also be used to make a concrete-like product called hempcrete.

“It can revolutionise the building industry using the qualities of hempcrete for fire retardant, insulation, acoustics, for absorbing CO2 for the rest of its life, and for ease of use as a pourable slurry,” she said.

The mayors of Tea Tree Gully, Salisbury and Playford councils said the idea was worth looking into.

“If this industry can provide jobs then it should be investigated,” Playford Mayor Glenn Docherty said.

Tea Tree Gully Mayor Kevin Knight said: “We have to start looking outside the square, as long as there’s no risk with the drug part of it.”

Salisbury Mayor Gillian Aldridge said she thought it was a “great idea”.

“I’m always excited for new manufacturing opportunities, which create jobs in the area,” she said.

Manufacturing and Innovation Minister Kyam Maher revealed in State Parliament this month that he owns a pair of brown jeans made from hemp.

He is planning to meet with the Industrial Hemp Association of SA to discuss its proposal to legalise hemp production in SA, although his office is yet to arrange a date. 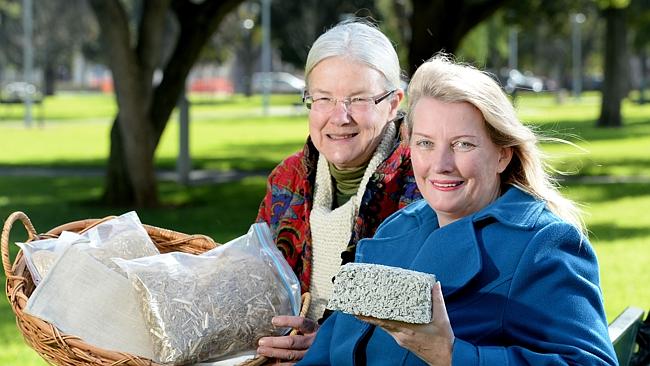