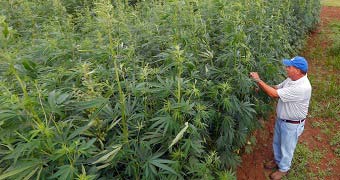 Growing industrial hemp in North Dakota is not just a maybe – the NDSU Langdon Research Extension Center proved it could be done last summer.

The center planted Canadian varieties CFX-1, CFX-2, CRS-1, Canda, and Alyssa, along with one variety from Finland and Australia, and five varieties from France for a total of 12 varieties in 2015.

Bryan Hanson, NDSU LREC agronomist who led the trials, said more industrial hemp varieties would be planted this year, and the plan is to focus only on Canadian varieties. Since the climate in North Dakota most fits with Canada, it makes sense to focus on Canadian varieties that have been well researched. Researchers can then learn more about how they will fit on North Dakota farms.

We are also planning to test more varieties that don’t grow as tall as some of the fiber varieties this year, Hanson said.

Since the majority of industrial hemp right now is being harvested and sold for grain, rather than fiber, shorter varieties may improve harvest ease for what North Dakota producers want to eventually grow on their farms.

The height of the crop is an important consideration in determining the end use of the crop. Shorter cultivars tend to have less fiber and are more suited to grain production, while fiber and dual purpose cultivars are taller, Hanson explained.

We did see seed mortality, but we aren’t sure what caused it, and the issue is not well understood, he said.

But while the Canadian industrial hemp variety Alyssa had high seed mortality rates, Alyssa, along with the Canadian variety Canada, had higher fiber yields than all other cultivars. Both had good grain yields as well.

Seeding dates varied because we didn’t receive all our seed at the same time, said Hanson.

Final yields for grain and fiber:

The grain yield of CFX-1 was significantly higher than CRS-1, Hanson said.

Grain and fiber yields were comparable to research data from Canada, where the crop has been grown for many years.

French varieties, planted later than varieties from Canada, had lower grain yield, but higher fiber yields. The Australian variety, planted last, was the tallest and the greatest fiber yield, but didn’t produce grain.

Plant stands ranged from 2.2 to 6.2 plants per square foot.

The dual purpose cultivars, Alyssa and Canda, had the greatest plant height.

Hanson said they are still learning about the best ways to grow and harvest industrial hemp.

We are hoping to learn more about industrial hemp as we go and that information can be passed down to North Dakota producers who want to plant industrial hemp in the future, he said. There is a lot to be learned.

Whether other areas of the state will have the success that Langdon has had is one question that may be answered this summer when four North Dakota farmers plant and grow industrial hemp on their own farms. That program is being operated by the North Dakota Department of Agriculture.

Hanson said they presented a poster paper of their industrial hemp research last fall at the American Society of Agronomy meetings. Producers that are interested in seeing the trials in their entirety can view the poster at Crop Production Management — Langdon REC. 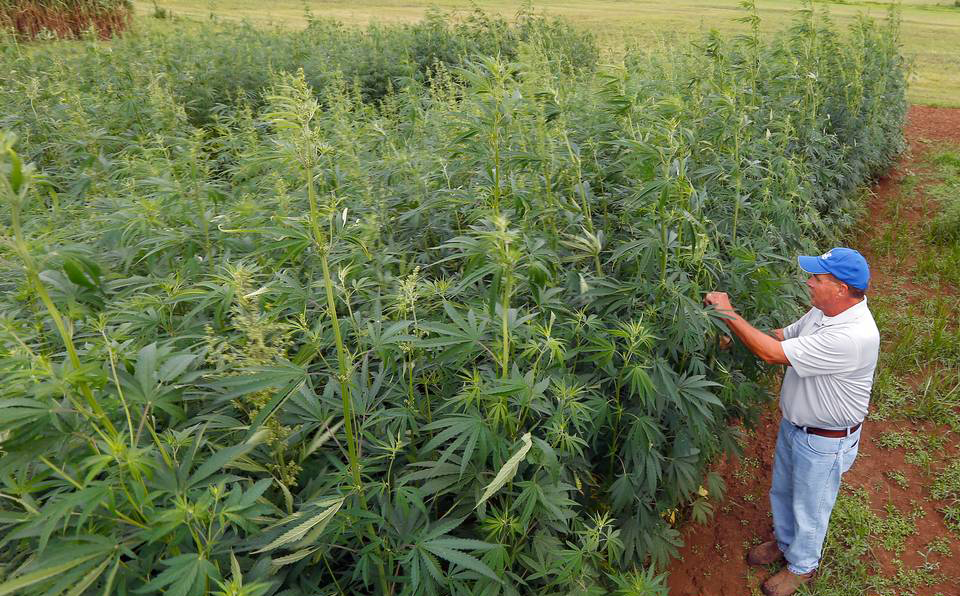