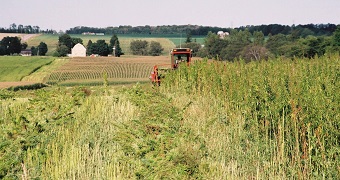 More than 8,000 people packed the Festival Pier late last month for the 4th Annual Hemp Heals Music Festival. The sold-out show featured musical performances by Sublime, Matisyahu and other heavy hitters, but the real crux of the event was to bring attention to the benefits and myriad uses of a plant called hemp.

“The hemp movement is gaining so much momentum right now that events like this are being sought out,” said Tyler Dautrich of Greenhouse Ventures, a Philly-based startup working with the Hemp Heals Foundation, sponsor of the event.

The foundation was launched as a nonprofit by former Philadelphia Flyer Riley Cote as a way to spotlight the benefits of hemp as a renewable resource, what Cote has called “the perfect plant.” The foundation supports sustainable agriculture through hemp, a renewable crop that can be used in foods, fuels, textiles and medications.

Dautrich said that hemp has been maligned, irresponsibly so, by anti-drug crusaders who have come only to associate the plant and all of its uses with marijuana. But, in reality, hemp can be refined into a ridiculous number of eco-friendly products outside of the bong – everything from oil and fiber to wax, rope, cloth, paper and even fuel. While its other variants, namely marijuana, tend to overshadow the naturalistic, grassroots efforts to once again make hemp a useful, profitable, industrial material, events like these are shedding light on hemp’s full potential.

“One of the ways I see hemp being so valuable is that you are able to grow it as a mop-crop,” said Dautrich. “You can plant hemp in areas where the soil has been damaged and is too toxic for other plants to grow, and hemp will actually make the land usable again. Given all the pollution and chemicals that have ended up in the group, it would be great to be able to try and reverse those damages as much as possible.”

Hemp actually has some deep roots in Philly history – literally.

The country’s first president, George Washington, was all about hemp. He not only encouraged other colonists to grow it, but he cultivated it himself to make rope and other fabrics to use and sell, quite profitably. Some historians even speculate that Washington wasn’t opposed to smoking the flower of the cannabis plant from time to time. He noted in his diaries several attempts to grow the female version of the plant, which contains the chemical-inducing highs in its flower.

Despite the long list of uses and profitability of hemp, not to mention its history as a very sustainable and profitable crop in early America, it actually became illegal to grow the stuff in the U.S. in 1970 when the Controlled Substances Act was passed. Since then, some states have wised up, making the cultivation of “industrial” hemp legal, but there’s still plenty of resistance from the Drug Enforcement Administration toward farmers who would like to get their hemp on.

In an ironic turn a few years ago when marijuana was legalized in Colorado, farmers there began experimenting with hemp, cultivating what would be the first hemp crop in the country in more than a half-century. Since then, several other states – including California, North Dakota and Vermont – have been trying to get permission to grow hemp from their local legislators. In the Dakotas, officials are even trying to pass a law making it legal to grow the stuff again, but so far, Congress has only really allowed colleges and universities to grow hemp for “research” purposes.

In reality, hemp’s association with marijuana has both advanced and stymied the movement in recent years.

“For the most part, I think this hurts the movement,” Dautrich said. “There are so many people who just do not understand, or even know, the difference between hemp and marijuana and think that legalizing hemp would lead to more people smoking and getting stoned, which is impossible. I believe if more people understood that hemp is not marijuana and offers amazing economical and medical benefits that they would be more willing to support it.”

A vendor at this year’s Hemp Heals – Tim Mounsey, founder of Philly-based Cycle Clothing Co. – said that he is pro-hemp from an environmental standpoint.

“The fabric itself is such a better option than cotton because cotton is the most pesticide-infested crop,” he explained.

He said hemp is a more sustainable material overall.

Here in Pennsylvania, a hemp bill has already been introduced in the Senate.

“Back in May we were successful in having a joint hearing between the Senate and the House Agriculture and Rural Affairs Committee,” said Lee Stark, founder of the Keystone Cannabis Coalition. They heard testimony from hemp farmers in Kentucky and Canada – all singing the eco-friendly and economic praises of hemp.

“They’re ready to pass this,” Stark predicted. “They were really impressed.”

Efforts like these are designed to bring awareness to the realities of hemp, a crop that could single-handedly create thousands of jobs in the U.S., according to the foundation. But that doesn’t that mean hemp activists still don’t have an uphill battle.

“Because it unfortunately got linked so tightly with marijuana,” said Dautrich, “when marijuana became illegal, they just eliminated the possibility of any form of the cannabis plant being grown.” 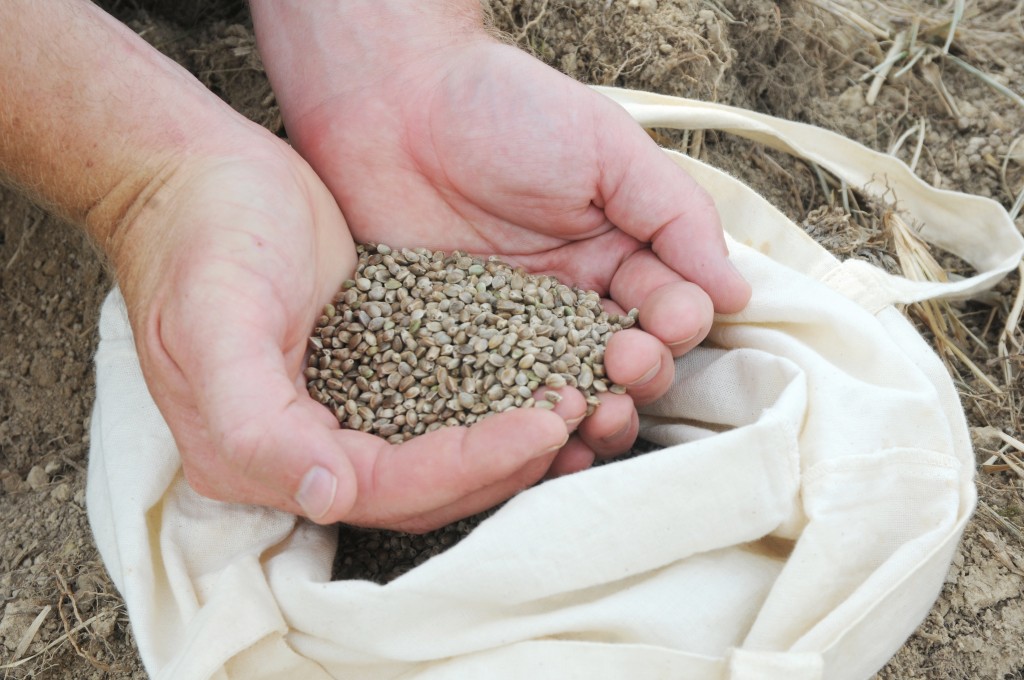 This Is What The End Of Hemp Prohibition Looks Like