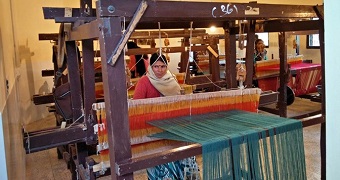 Hemp equals hippie. Does it not? Only bearded dudes talk about all things leafy.

But this inquiry is purely from an environmental perspective. With carbon being pronounced a dirty word after the Paris Summit, the hemp industry in India and elsewhere is asking to be taken seriously as a producer of environmentally sustainable material.

“In light of the Paris Summit and the crucial climate change issue, cultivation of the hemp plant is becoming very important for a greener world. Hemp is not a water intensive crop and requires almost negligible herbicides and pesticides. It is also a faster growing crop, with a plethora of uses – from high-grade vegan protein to green plastics, healthy homes, yarn and biofuels. We cannot ignore such special qualities of the plant.” -Sourab Agarwal, Managing Director, Hemp Cann Solutions

Yash Kotak, one of the co-founders of The Bombay Hemp Company (BOHECO) says fabric from hemp fibre is actually better than cotton – it takes in 400 times less water to grow and has eight times more tensile strength.

Even the Guardian echoes this.

The Bombay Hemp Company, for the last six years, has been conducting research on commercial scale use of hemp seeds. By Kotak’s own admission, the company has tried some, and failed some in its efforts over the years. But he believes that once the seeds are utilised commercially, they will be a game changer for Indian agriculture.

The company recently opened a facility in Uttarakhand to capitalise on natural fibres made from hemp with the Panchachuli Weavers Foundation.

Sourab Agarwal’s company, Bhubaneshwar-based Hemp Cann Solutions, currently sells hemp-based lifestyle food and fabrics imported from Canada. He is in talks with the Himachal Pradesh government to create organic and non-GMO hemp-based products in the state.

Hemp is actually the non-sexy cousin of cannabis — with very little (read 0.3 percent) levels of mind-altering tetrahydrocannabinol (THC), compared with 5 to 10 percent found in the hallucinogenic.”

According to the Narcotics and Psychotropic Substances Act, 1985, mass cultivation of hemp for horticultural and industrial uses is permitted by Indian law. But Section 10 of the Act gives the state government the power to decide the limits within which licences may be given for its cultivation.

Hemp: Not So Shady

Hemp isn’t half as shady as it sounds. A former narcotics commissioner of India seconds that.

“Hemp is created from the stalk and seed and is a non-narcotic and non-excisable duty item, not from the bud and leaf which are used to make psychotropic substances.” -Romesh Bhattacharji, Former Narcotics Commissioner of India.

Bhattacharji is currently serving as an advisor to The Bombay Hemp Company.

The Indian Industrial Hemp Association, that was established in 2011 and represents farmers, processors, manufacturers, researchers, and entrepreneurs involved with the hemp industry has been making a case to push hemp-based products under the Make in India campaign.

Elsewhere in the world, hemp is being increasingly recognised as an alternative source of energy.

Industrial hemp’s product hempcrete could be a greener alternative to concrete. In fact, BOHECO’s Yash Kotak even goes on to make it sound fashionably green, coining a new term for it — carbon-negative.

But that’s not without merit. The plant actually acts as a carbon store, absorbing atmospheric carbon dioxide (CO2). One square metre of a timber-framed, hemp-lime wall (weighing 120 kg), stores 35.5 kg of CO2, says The Guardian. In contrast, about 198kg of CO2 is emitted to make one tonne of reinforced concrete.

Greener buildings around the world are today seeing hemp-lined walls, floors, ceilings and beams. There is even such a thing as hemp-plastic, and hemp-based batteries that are on “a par with or better than graphene”.

After the Chernobyl nuclear disaster in 1996, industrial hemp was planted for the purpose of removing contaminants near the Chernobyl site in 1998. Reports suggest the plant is also being used in Fukushima now.

Scientists say hemp has the potential for cleaning up toxic metals, pesticides, gasoline, and explosives.

Countries like China and Canada have begun to see industrial hemp’s importance. But India is still reluctant to take the industry seriously, rues Kotak.

“China has foreseen hemp as a crop for the future. But here in India, where we have seen the best quality of hemp, which is as thick as bamboo, and grows as tall as 20 feet, as opposed to its general height of 10-12 feet. We aren’t doing anything with it.” -Yash Kotak, Co-Founder, BOHECO 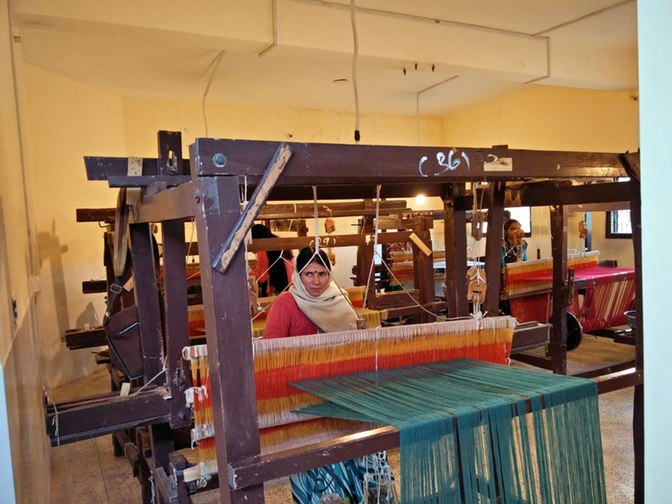