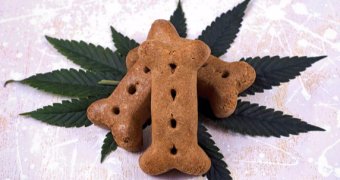 While medical marijuana moves to the mainstream, some pet owners are looking to hemp to treat their ill and anxious dogs.

Julianna Carella, the CEO of Treatibles — an American company that sells the CBD-infused pet treats — said their sales are growing by about 5% to 10% each month.

“There’s over 100,000 customers by now and they’re literally spread across the country and into other countries,” she said. “So there’s a lot of animals in the world using this product right now.”

Treatibles sells hemp treats for pets that contain CBD (cannabidiol) derived from hemp, as opposed to cannabis. Carella explained CBD is an extract that doesn’t produce a high.

She estimated Canadian customers are probably under 10% of her sales.

Sasha Soeterik, manager of Bellwoods dispensary, said their outlet has been selling Treatibles for about five months.

“CBD is not going to make you high,” Soeterik said. “It’s just for older dogs who have maybe joint issues.”

They keep stocking it because “people do like it,” she added.

The treats, which are not approved by the U.S. Food and Drug Administration, are used to address concerns like separation anxiety, pain, arthritis, and inflammation, Carella added.

“If you look at our packaging, we don’t make any claims about what it’s for, but we certainly recognize the main reasons people are purchasing the product for their pets,” Carella said.

A 2016 study by Colorado State University’s college of veterinary medicine found almost 60% of people who bought products from a Seattle-based company — Canna-Pet — said they were using a hemp product for their dog. And three in four of this group indicated they bought the product for their dog’s illness.

Dr. Peter Hellyer, a veterinarian and co-author of the study, said respondents were looking for a “little less conventional” treatment for cancer, anxiety, seizures, or arthritis in dogs and, on a smaller scale, cats.

“To date, there are no proven therapeutic effects for any of the cannabinoids in companion animals,” Hellyer said.

The survey noted there’s a “real need for a clinical study,” he added.

Vets at Colorado State University say they cannot recommend using cannabinoid products due to a lack of scientific data. 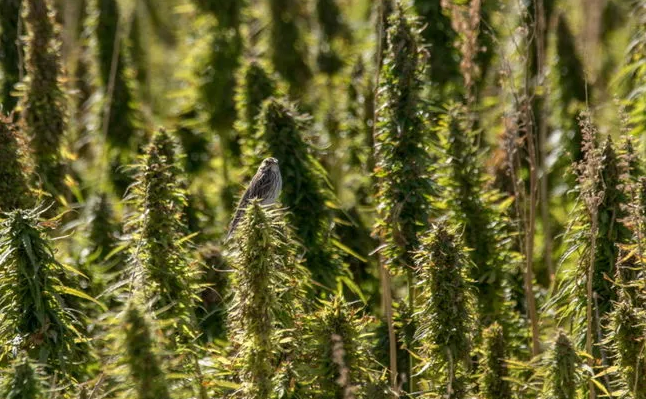