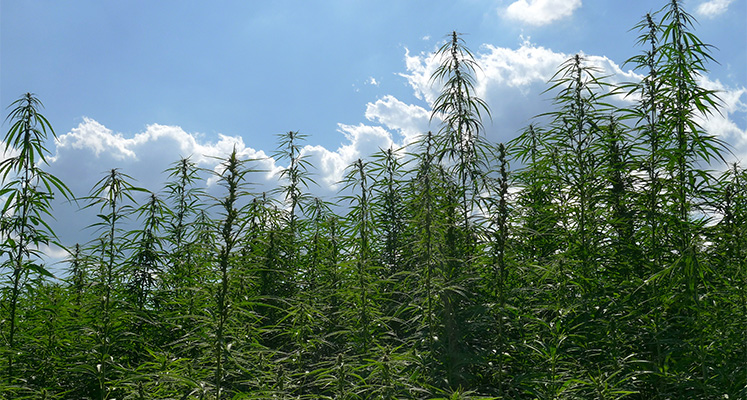 Parkersburg – The half-acre plot of fledgling plants along a hillside at Cedar Lane Farm puts into perspective the return of hemp to West Virginia soil – a resistance-riddled movement struggling to rise out of infancy.

Owner Dave Hawkins arrives with a few signs to post around the plot warning trespassers that the area is under surveillance.

After a busy year full of uncertainties, including a rules bill passed during this year’s legislative session that nearly killed hemp research before the seeds were even planted, Hawkins is among a handful of growers around West Virginia who are pioneering the return of hemp.

But jumping through the hoops required by the state Department of Agriculture to attain permits was the easy part.

With the research plots under way, growers are collecting data to be studied by Susanna Wheeler, a master’s agronomy student at West Virginia University.

The data will be crucial to help state lawmakers understand hemp’s potential as a viable crop with myriad uses.

“It validates the purpose of what we’re doing,” said Hawkins, who also owns Mother Earth Foods, the oldest natural food store in the state. “You can say you did research, but if you’re haphazard with it, it doesn’t have much merit.”

While hemp and marijuana come from the same species of plant, Cannabis sativa, hemp is a separate variety with its own chemical makeup, and it has different cultivation practices than marijuana.

Roots in the ground
On a sticky July afternoon, Hawkins’ eyes lit up when he explained the layout of his three hemp plots.

He purchased five different seed varieties – three suited for fiber production and two for seed production – that were planted on the plots.

One plot wasn’t treated with any fertilizer; the second was treated with manure, and the third with nitrogen-rich blood meal.

After tilling the plots, Hawkins directly seeded them by hand.

“They were starting to come up within three days,” he said of the little plants, most no taller than about half a foot.

“The amended ones will probably perform a little better because of the nutrients in the soil.”

Standing beside him are Morgan Leach, executive director of the West Virginia Hemp Growers Cooperative, and Robbie Kerr, another cooperative member.

The group has been at the forefront of the push to revive hemp production in the state, communicating regularly with Department of Agriculture officials and providing assistance to farmers trying to attain growing permits.

For Leach, a law student at West Virginia University, developing a hemp industry in the state has become a full-time job.

Since January, he’s traveled to a dozen conferences on hemp and cannabis around the country to better understand the industry and network with other advocates.

Leach is helping manage another plot in nearby Vienna on a former Texaco petroleum tank farm along the Ohio River owned by his father, Jim.

They’ve maintained a vegetable garden since the elder Leach purchased the land in 2008; but this year, half of the garden is home to rows of hemp plants.

Their seeds were purchased from a supplier in Italy because they want to use them again next year – something many other suppliers prohibit.

But Leach is also thinking realistically about how the private sector can invest in hemp without risking too much capital.

He pointed to Kentucky as an example, where former tobacco farmers are repurposing their equipment to process and handle hemp, given the slowing of the tobacco industry in recent years.

“No one’s gonna go out and buy a new tractor specifically for hemp production,” Leach said. “They’re going to repurpose the tractors they have to meet whatever demand they have for them.”

With about 20 members, the cooperative has grown over the past several months.

It’s holding a members-only meeting on Aug. 12 in Parkersburg at the Blennerhassett Hotel. Those interested in becoming members can email wvhfc.inc@gmail.com.

During World War II, hemp was viewed as a vital resource. Production in the U.S. reached more than 150 million pounds in 1943, according to a 2015 Congressional Research Service Report titled “Hemp as an Agricultural Commodity.”

That’s why Hawkins doesn’t think government agencies need to reinvent the wheel to learn more about its methods of production.

“It was a subsidized crop in the U.S., so you know USDA has some records somewhere about growing [it],” Hawkins said. “The historical significance is, maybe we could learn something from the past.”

Running for U.S. Congress in West Virginia’s first district, Manypenny is a longtime proponent of hemp.

He’s conducting four different projects from the plants growing on his quarter-acre plot.

One of those projects is receiving aid from the WVU engineering department and will study hemp’s potential as a high-quality activated carbon, which is used to filter water impurities and flue gas in coal burning power plants, he said.

Another one of his projects will be studied by Agri Carb Electric Corporation, a newly formed company that hopes to provide technology solutions through advanced hemp-based carbon applications.

Industrial hemp can be carbonized into graphene.

“[We can] use that graphene to develop high-capacity, compact batteries without the need for other metals,” he said.

Manypenny has also been in talks with the Polymer Alliance Zone to discuss another use for hemp as a bioplastic.

“The intent is to basically create downstream industries in West Virginia.”

But hemp’s uses expand far beyond manufacturing and power production.

Manypenny is also using the grains from some of his plant varieties to create malt, used in brewing beer.

“There’s a few microbreweries out there using hemp in their beer as an ingredient,” he said. “We’re gonna determine which varieties have the highest sugar content for making beer.”

All the permit holders have their own visions for hemp in the Mountain State – what they share in common is the belief that it can be a job creator and economic driver in a state slowly migrating away from energy extraction as its primary industry.

From expelling the non-psychoactive cannabidiol from plants for medicinal uses to processing the stalks and hurds for textiles and manufacturing, support for industrial hemp is growing.

Watching a coal-filled barge float slowly down the Ohio River, Leach envisions a future in which the black masses will someday be replaced with green. 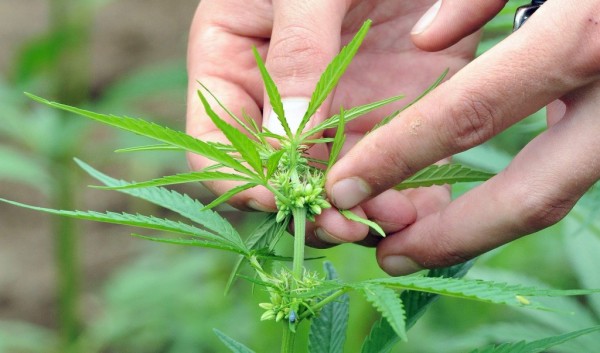 Hemp Farmers Are Finding A New Market With Delta-8

6 Reasons Why You Should Eat Hemp Seeds