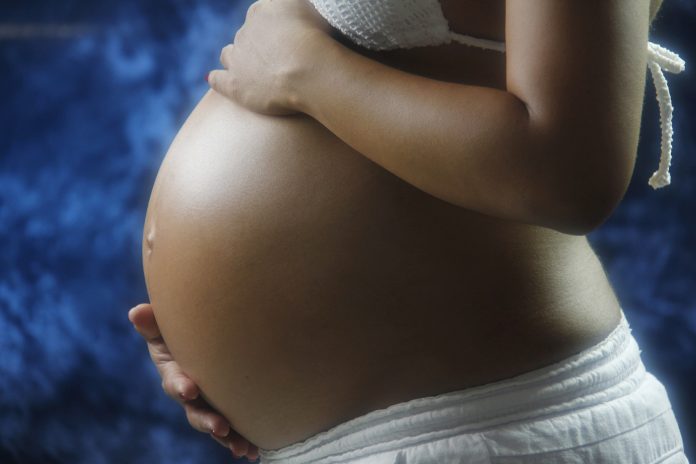 Warnings that marijuana causes birth defects date back to the late 1960s.1 Some researchers claimed to have found chromosomal abnormalities in blood cells taken from marijuana users. They predicted that young men and women who used marijuana would produce deformed babies.2 Although later studies disproved this theory,3 some current drug education materials still claim that genetic damage is passed on by marijuana users to their children.4

Today, researchers look for a direct effect of THC [for tetrahydrocannabinol, either of two physiologically active isomers, C21H30O2, from hemp plant resin] on the fetus. In animal studies, THC has been shown to produce spontaneous abortion, low birth weight, and physical deformities—but only with extremely large doses, only in some species of rodents, and only when THC is given at specific times during pregnancy.5 Because the effects of drugs on fetal development differ substantially across species,6 these studies have little or no relevance to humans. Studies with primates show little evidence of fetal harm from THC.7 In one study, researchers exposed chimpanzees to high doses of THC for up to 152 days and found no change in the sexual behavior, fertility, or health of their offspring.8
Dozens of studies have compared the newborn babies of women who used marijuana during pregnancy with the babies of women who did not. Mainly, they have looked for differences in birth weight, birth length, head circumference, chest circumference, gestational age, neurological development, and physical abnormalities. Most of these studies, including the largest study to date with a sample of over twelve thousand women,9 have found no differences between babies exposed to marijuana prenatally and babies not exposed.10 Given the large number of studies and the large number of measures, some differences are likely to occur by chance. Indeed, researchers have found differences in both directions. In some studies, the babies of marijuana users appear healthier and hardier.11 In others, researchers have found more adverse outcomes in the babies of marijuana users.12

When adverse outcomes are found, they are inconsistent from one study to another, always relatively minor, and appear to have no impact on infant health or mortality.13 For example, in one recent study, researchers reported a statistically significant effect of marijuana on birth length. The marijuana-exposed babies, on average, were less than two-tenths of one inch shorter than babies not exposed to marijuana.14 Another study found a negative effect of marijuana on birth weight, but only for White women in the sample.15 In a third study, marijuana exposure had no effect on birth weight, but a small negative effect on gestational age.16 Overall, this research indicates no adverse effect of prenatal marijuana exposure on the physical health of newborns.

Researchers have also examined older children for the effects of prenatal exposure to marijuana. A study of one-year-olds found no differences between marijuana-exposed and nonexposed babies on measures of health, temperament, personality, sleeping patterns, eating habits, psychomotor ability, physical development, or mental functioning.17 In two studies, one of three-year-olds,18 the other of four-year-olds,19 there was no effect of prenatal marijuana exposure on children’s overall IQ test scores. However, in the first study, when researches looked at Black and White children separately, they found, among Black children only, slightly lower scores on two subscales of the IQ test. On one subscale, it was children exposed to marijuana only during the first trimester who scored lower. On the other subscale, it was children exposed during the second trimester who scored lower.20 In neither case did the frequency or quantity of mothers’ marijuana use affect the outcomes. This makes it highly unlikely they were actually caused by marijuana. Nonetheless, this study is now cited as evidence that using marijuana during pregnancy impairs the intellectual capacity of children.21

Also widely cited are two recent case-control studies describing a relationship between marijuana use by pregnant women and two rare forms of cancer in their children. A case-control study compares people with a specific disease (the case sample) to people without the disease (the control sample). Using this method, researchers identify group differences in background, environment, lifestyle, drug use, diet, and the like that are possible causes of the disease.

A study of children with non-lymphoblastic leukemia reported a tenfold greater risk related to their mothers’ use of marijuana during pregnancy.22 A second study reported a threefold greater risk of rhabdomyosarcoma.23 These calculations were based on women’s reports that they used marijuana at some point during pregnancy. In the first study, ten out of the 204 case-group mothers (5 percent) reported marijuana use, compared to one out of the 204 control-group mothers (0.5 percent). In the second study, 8 percent of case-group mothers reported using marijuana, compared to 4.3 percent of controls.

These studies do not prove that marijuana use by pregnant women causes cancer in their children. They report a statistical association based solely on women’s self-reports of marijuana use. It is likely that both groups of mothers underreported marijuana use; in other studies, researchers have found that marijuana use by pregnant women typically ranges from 10 to 30 percent.24 There is reason to suspect greater underreporting by control-group mothers, who were randomly selected and questioned about their marijuana use on the telephone. Because the mothers of the sick children were trying to help researches identify the cause of their children’s disease, they had more reason to be honest about their illegal drug use.

Like all case-control studies, these two studies identified many differences between case-group mothers and control-group mothers, all of which could possibly lead scientists to discover the cause of these rare forms of cancer. Other factors associated with childhood rhabdomyosarcoma include low socioeconomic status, fathers’ cigarette smoking, a family history of allergies, children’s exposure to environmental chemicals, childhood diets that include organ meats, mothers’ use of antibiotics during pregnancy, mothers being over age thirty at the time of the child’s birth, overdue delivery, and the child having had fewer immunizations.25 Without additional research, none of the factors that are statistically associated with childhood cancer can be identified as causes of childhood cancer. At this time, there is no corroborative evidence to link marijuana with cancer. In fact, in a recent study, researchers found significantly lower rates of cancer in rats and mice following two years of exposure to extremely large doses of THC.26

Since 1978, psychologist Peter Fried and his colleagues have collected longitudinal data on prenatal marijuana exposure as part of the Ottawa Prenatal Prospective Study (OPPS). Over the years, these researchers have administered hundreds of tests to the same group of children, assessing their physical development, psychomotor ability, emotional and psychological adjustment, cognitive functioning, intellectual capacity, and behavior.

Out of all the OPPS studies and all the tests given, researchers have found very few differences between marijuana-exposed and nonexposed children. At age one, researchers found that marijuana-exposed infants scored higher on one set of cognitive tests.27 At age three, the children of moderate marijuana users (one to five joints per week during pregnancy) had higher scores on one test of psychomotor ability.28 At age four, the children of women who smoked marijuana heavily during pregnancy (an average of nineteen joints per week) scored lower on one subscale of one cognitive test.29 However, at ages five and six, this difference was no longer present.30 When the children were six, the researchers added several new measures of “attentional behavior.” The children of heavy marijuana users scored lower on one computer-based test of “vigilance.”31 Eleven new psychological and cognitive tests, administered to six- to nine-year-olds, showed no statistically significant differences between the children of marijuana users and nonusers. Parents rated marijuana-exposed children as having more “conduct problems,” but this difference disappeared after the researchers controlled for confounding variables.32

Despite the overwhelming similarities in the children of marijuana users and nonusers, in their published reports OPPS researchers consistently highlight the occasional negative finding. Fried believes that these findings underestimate the harms of prenatal marijuana exposure. He suggests that “more sensitive measures” are needed because:

instruments that provide a general description of cognitive abilities may not be capable of identifying nuances in neuro-behaviour that may discriminate between the marijuana-exposed and non-marijuana exposed children. . . . Tests that examine specific characteristics that may underline cognitive performance may be more appropriate and successful.33

Recently, Fried predicted that a new test of “executive function” would reveal marijuana-related deficits in preteen youngsters.34 A short time later, Fried announced that preliminary analysis of his data showed this effect was present.35 Almost immediately, his announcement appeared in U.S. government reports as evidence of marijuana’s harm to the fetus.36 Additional reports of harm based on the OPPS sample, which now includes fewer than thirty marijuana-exposed children, may be forthcoming—despite the fact that, according to Fried, the consequences of prenatal drug exposure typically diminish as children get older.37
After controlling for known confounding variables, Fried estimates that prenatal drug exposure accounts for 8 percent or less of the variance in children’s scores on developmental and cognitive tests—and this estimate is for alcohol, tobacco, and marijuana combined.38 In essentially all studies, marijuana contributes less than alcohol or tobacco.39 In addition, the findings differ from one study to another, and show no consistent relationship of fetal harm to either the timing or degree of marijuana exposure. While it is sensible to advise women to abstain from all drugs during pregnancy, the weight of current scientific evidence suggests that marijuana does not directly harm the human fetus.

25. S. Grufferman et al., “Environmental Factors in the Etiology of Rhabdomyosarcoma in Childhood,” Journal of the National Cancer Institute 68 (1982): 107–113.

28. P. A. Fried and B. Watkinson, “36- and 48-Month Neurobehavioral Follow-Up of Children Prenatally Exposed to Marijuana, Cigarettes and Alcohol,” Developmental and Behavioral Pediatrics 11 (1990): 49–58.

32. C. M. O’Connell and P. A. Fried, “Prenatal Exposure to Cannabis: A Preliminary Report of Postnatal Consequences in School-Age Children,” Neurotoxicology and Teratology 13 (1991): 631–639.

33. P. A. Fried, “Prenatal Exposure to Marijuana and Tobacco During Infancy, Early and Middle Childhood: Effects and Attempts at a Synthesis,” Archives of Toxicology 17 (1995): 240–241.

35. National Conference on Marijuana Use: Prevention, Treatment, and Research, sponsored by the National Institute on Drug Abuse (Arlington, VA: July 1995).

Please check your state’s child protection laws before deciding to use Cannabis during pregnancy. 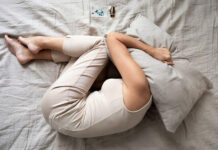