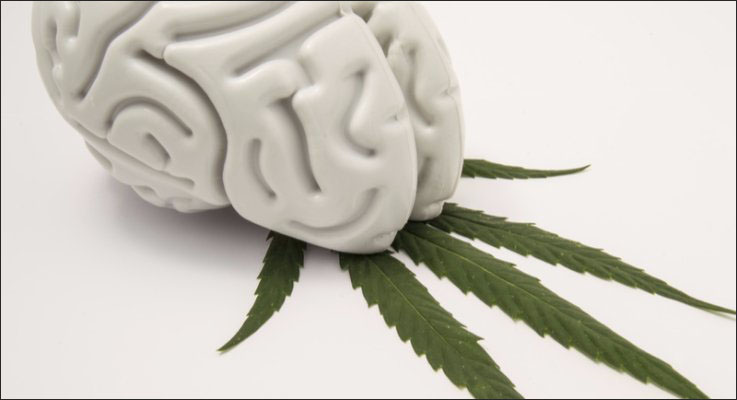 It’s true, most of us can think of at least one committed stoner with a memory of a goldfish and a vacant, thousand yard stare. So it may seem counter-intuitive to suggest that the cannabis plant can actually protect the brain and prevent certain neurodegenerative diseases like Alzheimer’s from forming.

And yet, even though the US government officially denies any such therapeutic use of cannabis, it has taken out a patent on cannabinoids saying they ‘are found to have particular application as neuroprotectants, for example in limiting neurological damage following ischemic insults, such as stroke and trauma, or in the treatment of neurodegenerative diseases, such as Alzheimer’s disease, Parkinson’s disease and HIV dementia’.

So, instead of damaging memory it would seem that cannabis could actually do quite the opposite, and even protect against age related memory loss and dementia.

Scientists have known for some time that the body’s Endocannabinoid System – the complex network of chemical compounds and receptors found throughout the central nervous (CB1) and the immune system (CB2) – is directly involved in the mechanisms of diseases like Alzheimer’s and Parkinson’s. An increased CB2 expression (1) found in post-mortem brains Alzheimer’s patients has been thought to be the ECS’s attempt to counteract the chronic inflammation found in the disease, while in another study (2) on Alzheimer’s patients, reduced levels of the endocannabinoid anandamide were found, although conversely were elevated in Parkinson’s disease (3).

Researchers believe then that by targeting the Endocannabinoid system, therapeutic answers can be found for many of the neurodegenerative diseases affecting people in the 21st century. And much research is being carried out into how phytocannabinoids like THC and CBD can not only treat disease progression, but also even prevent certain neurodegenerative disorders from happening.

So why exactly is cannabis being posited as the brain protector of the future?

It’s commonly held that chronic inflammation is at the root of many illnesses, including Alzheimer’s. Although it still remains unclear whether inflammation is a by product or a direct contributing factor, bringing an excessive inflammatory response into balance again, is generally believed to be of benefit.

Gary Wenk, PhD, professor of neuroscience, immunology and medical genetics at Ohio State University, has studied how to combat brain inflammation for over 25 years. He says, ‘PET imaging studies of humans have shown that after age thirty the brain gradually displays increasing evidence of inflammation. With advancing age, brain inflammation continues to worsen leading to a decline in the production of new neurons, called neurogenesis, that are important for making new memories’.

He coined the phrase ‘one puff is enough’ after suggesting that ingesting small amounts of cannabis over years can be enough to protect the brain against inflammation, saying ‘the evidence available from studies of humans and animal models of Alzheimer’s disease do indicate that long-term, low-dose daily exposure, during mid-life, to the complex blend of compounds found in the marijuana plant can effectively slow the brain processes underlying Alzheimer’s disease’.

2. Cannabis is a powerful antioxidant protecting against toxic build up in the brain

As well as patenting Cannabinoids as neuroprotectants, the US government also named them antioxidants. But the two qualities are indelibly linked.

An ageing brain has a tendency to accumulate excessive levels of glutamate, a neurotransmitter that is involved with nerve cell signalling. This can lead to glutamate toxicity, an overstimulation of the cell and ultimately cell death. When glutamate causes cellular damage, it becomes an excitotoxin. Excitotoxicity is viewed as a potential cause of many neurodegenerative diseases of the central nervous system, as well as strokes and hearing loss.

In one study (4) carried out on rats, the cannabinoid Cannabidiol was ‘was demonstrated to reduce hydroperoxide toxicity in neurons. In a head to head trial of the abilities of various antioxidants to prevent glutamate toxicity, cannabidiol was superior to both alpha-tocopherol and ascorbate in protective capacity.’ And in another, (5) THC was shown to reduce the levels of glutamate in the brain following a traumatic brain injury.

An additional age related toxicity that researchers believe may bring about the onset of diseases like Alzheimer’s and Parkinson’s is excessive levels of iron in the body.

Researchers from Pontifical Catholic University in Brazil (6) examined the relationship between high levels of iron and cell death in neurodegenerative diseases. In particular they studied the potential use of CBD, which they found may protect the rapid cell death associated with iron.

This is the one that really stops people in their tracks. Surely cannabis kills off brain cells, right? Scientists find that the Endocannabinoid system is closely linked with the process of adult neurogenesis (brain cell growth).

Once again mice were the subjects of research (7) that showed the administration of plant cannabinoids promoted hippocampal neurogenesis – new cell growth in the region of the brain associated both with memory and learning – but also depression and anxiety.

In a follow on study (8) by the University of Saskatchewan, researchers sought to find out whether this hippocampal neurogenesis could explain the apparent anti anxiety and antidepressant effects of cannabinoids. Using a synthetic cannabinoid called HU-210 on rats, they found it gave rise to both the growth of ‘newborn neurons’ in the hippocampal area but also reduced anxiety and depression like behaviour in the animal subjects.

Thus showing that ‘cannabinoids appear to be the only illicit drug whose capacity to produce increased hippocampal newborn neurons is positively correlated with its anxiolytic- and antidepressant-like effects’.

4. Cannabis may slow the progression of some neurodegenerative diseases

We’ve seen that cannabis can potentially be a neuroprotector, but what effect does it have on slowing the progress of illnesses related to the brain and central nervous system?

So far, as generally is the case with research into the use of cannabis to treat disease, most findings are at the pre-clinical stage on animal models, or in the laboratory.

One such trial (9) has shown how CBD can reduce neural inflammation in mice injected with amyloid-beta, the protein that scientists believe leads to neuronal cell death in Alzheimer’s.

Research (10) carried out in 2014 at the University of South Florida showed that extremely low doses of THC actually reduces amyloid-beta production. “THC is known to be a potent antioxidant with neuroprotective properties, but this is the first report that the compound directly affects Alzheimer’s pathology by decreasing amyloid beta levels, inhibiting its aggregation, and enhancing mitochondrial function,” said study lead author Chuanhai Cao, PhD of the study.

By increasing mitochondrial function it also means a healthier brain due to a better energy supply and improved signalling.

A small amount of clinical trials have taken place on Alzheimer’s patients using cannabinoids to lessen levels of agitation.

One double-blind, placebo-controlled, six-week, crossover study of 12 patients suffering from Alzheimer-type dementia reported that 5 mg of dronabinol (delta 9-THC) daily was associated with a decrease in disturbed behaviour (11).

A recent study (12) carried out on 11 patients in Israel found that out of the 10 patients that completed the trial ingesting medical cannabis oil, researchers recorded “significant reduction” in behavioural and psychological symptoms of dementia. Researchers concluded that ‘adding medical cannabis oil to Alzheimer’s patients’ pharmacotherapy is safe and a promising treatment option’.

6. Cannabis may protect the brain against serious brain trauma

5.3 million people live with traumatic brain injury (TBI) in the US, a number comparable to those living with Alzheimer’s. It is caused by a severe blow to the head and resulting symptoms can include cognitive problems such as headache, difficulty thinking, memory problems, attention deficits, mood swings and frustration.

TBI is also proving an exciting area of research for the potential therapeutic use of cannabinoids. THC in particular has been shown to protect the brain from long term damage following a traumatic injury. In a study (13) carried out on mice by Professor Yosef Sarne of Tel Aviv University, very low doses of THC administered over a long period of time were found to ‘protect the brain from long-term cognitive damage in the wake of injury from hypoxia (lack of oxygen), seizures, or toxic drugs’.

Not only did they find that THC minimised the damage to the brain following an injury, but if administered before the incident it could prevent brain injury from occurring in the first place. It seems strange to suggest taking THC just in case a brain trauma might occur, but in instances such as major surgery when blood supply to the brain is interrupted, THC’s neuroprotection could be of benefit.

This theory appears to be backed up by a study (14) carried out at a hospital in California reviewing the data of 446 adults treated for brain injuries. Overall 1 in 5 patients tested positive for THC and compared to the patients who hadn’t tested positive, they were statistically 80% less likely to die from their injuries.

While this doesn’t demonstrate a direct cause and effect between THC use and survival from serious brain trauma, the findings certainly highlight the potential use of cannabinoids for giving the best chances of recovery.

Whereas a TBI is caused by an external force injuring the brain, a stroke occurs when due to a thickening of the arteries, there is poor blood flow to the brain, resulting in cell death, partial paralysis etc.

Scientists are slowly beginning to realise how the endocannabinoid system is activated during a stroke (15) whereby ‘activation of the CB receptors leads to cellular changes that are extremely relevant to ischemic injury (stroke damage): they regulate glutamate release, nitric oxide synthesis, growth factor expression, cellular antioxidant activity, the release of inflammatory cytokines, and leukocyte adhesion to cerebral vessels.’

Both CBD and THC’s ability to block the neurotransmitter glutamate, produced when the brain is deprived of oxygen, once again come to the fore as a way to limit cell death following a stroke. In a study (16) published in 2010 scientists concluded that ‘CBD had a potent and long-lasting neuroprotective effect and prevented progressive post-ischemic injury’ and ‘that repeated treatment with CBD from 1 day or 3 days after cerebral ischemia improved the functional deficits, such as neurological score and motor coordination, and survival rates’.

Another rodent study (17) showed Cannabidiol to have ‘a protective effect on neuronal death induced by ischemia (stroke)’ indicating that it ‘might exert beneficial therapeutic effects in brain ischemia’.

So contrary to the commonly held belief that cannabis leads to the loss of precious neurones, studies increasingly show the potential benefits for protecting our ageing brains against neurodegeneration and even injury from external forces.

It’s clear that there is a lot still to understand about the endocannabinoid system’s role in these particular diseases, but scientists remain hopeful that the many theories honed in the lab may one day move forward into the realms of clinical trials, and eventually to treatment for patients. 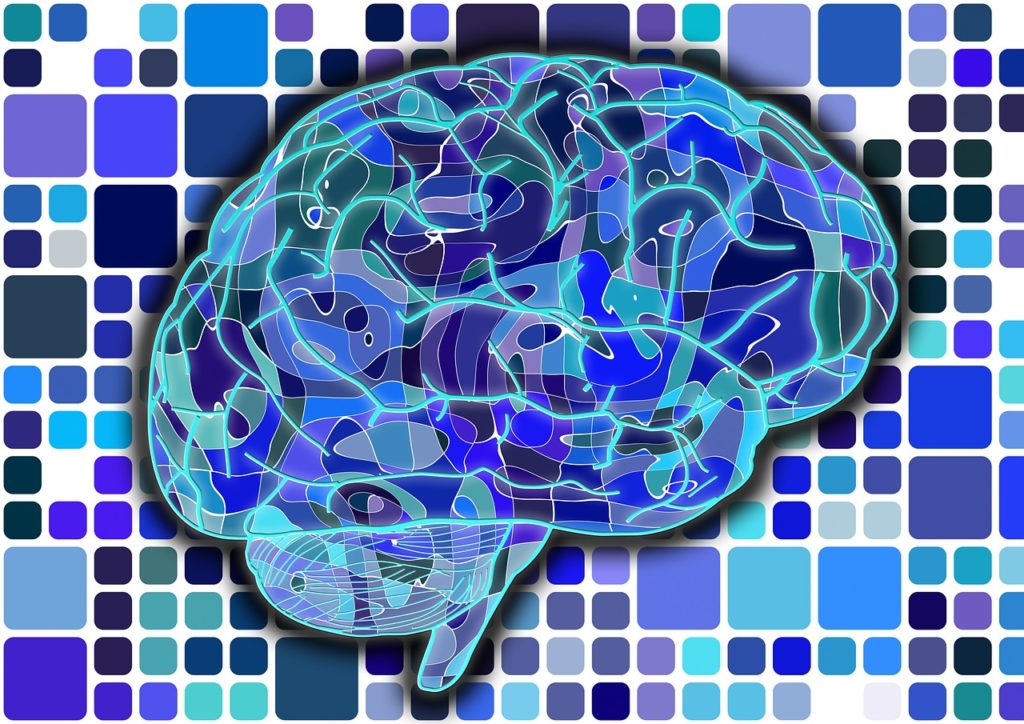 No, Marijuana Use Doesn’t Lower Your IQ