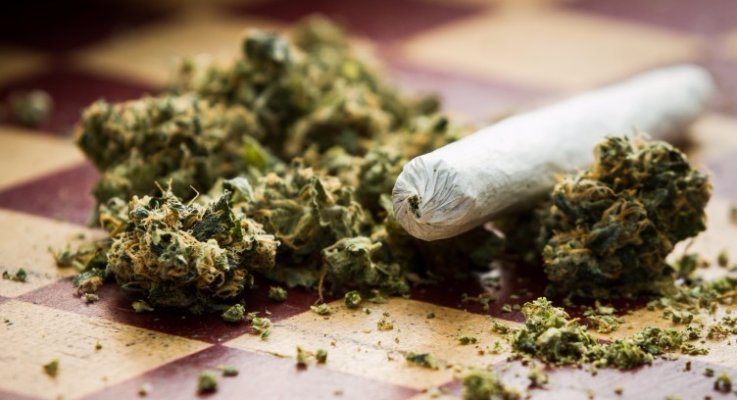 What comes to mind when you hear the word “marijuana”? Do you envision a drug that makes people lazy, or a medicinal herb that could potentially save lives?

Although the Marihuana Tax Act effectively outlawed the plant in the 30s, a campaign to taint its image began in the U.S long before it was outlawed. It was a slow and steady process, beginning with individual states outlawing it and leading to a nationwide ban.

Despite its slow progress, the criminalization of marijuana didn’t take much effort. The public was mostly indifferent to it until a flood of propaganda from the media, much of which was racist, convinced them it was dangerous and led to crime, violence, and hedonism.

Today, the rhetoric is that marijuana dulls the mind, ensures you don’t contribute to society, and can lead to harder drugs. What most people don’t know is that the plant provides countless uses for mankind and, because of this, has been used throughout history.

Many are also unaware that Big Pharma lobbies to keep cannabis in its natural form illegal so they can synthesize its compounds and make money. More on that later.

The government and its corporate sponsors have been lying to the public about cannabis for nearly a century. In the interest of fighting propaganda, here are 8 facts about the plant that defy its stereotypes.

SPARC reports that Ayurvedic and Indian medicine has included cannabis for “at least three thousand years”. It’s been used to treat countless conditions, including “nausea and wasting syndromes”. Today, many bodybuilders in India include it in their regimen to build strength, promote digestion, and gain muscle mass.

It’s still widely used in India, SPARC reports. It’s made into a drink, known as bhang, that’s consumed by locals and believed to be the favorite drink of the king of Indian Gods, Indra. Bhang is also offered to images and statues of Shiva throughout India. This happens most notably during the Festival of Shivratri.

Cannabis is important to ancient Chinese history
SPARC reports that hemp maintains a long and notable history in China. In fact, at one time, the Chinese referred to their country as “the land of mulberry and hemp”. Cannabis was considered a “symbol of power” over malevolence, as well as a “liberator of sin”.

Religious cannabis users today would probably agree with this viewpoint.

According to ancient Chinese beliefs, SPARC reports, emperor Shen Nung began teaching the cultivation of hemp in the 28th century B.C. Shen Nung was revered by the people and even deified. He’s known as the father of Chinese medicine, because he pioneered the development of medicine from plants.

Clearly, he was onto something.

SPARC reports that records show Taoists recommended adding cannabis to incense burners as early as the first century A.D. It’s believed one could use the resulting euphoric effect to achieve immortality or enlightenment. The “fumes and odors” were known to produce a sense of wellbeing and “mystic exaltation”.

Religious and non-religious users can relate to the feeling of wellbeing and expansiveness the herb is known to provide.

Before we learn more about its spiritual uses, let’s look at it from a medicinal perspective.

Cannabis can improve lung health and reverse tobacco’s carcinogenic effects
Business Insider reports that a Journal of the American Medical Association study, published in 2012, stated cannabis does not impair the way the lungs function and can, in fact, increase lung capacity. Researchers were initially looking for risk factors of heart disease. To do so, they tested 5,115 young adults’ lung function over a 20-year period.

Although tobacco smokers lost lung function, Business Insider reports, cannabis users’ lung function had increased. This might not be the result of a therapeutic ingredient in the plant, but of the deeper breaths taken when inhaling cannabis smoke versus tobacco.

According to Benefits of Marijuana, a Costa Rican study found that chronic marijuana smokers who also used tobacco had less of a chance of developing cancer than cigarette smokers who never tried marijuana. The herb dilates the alveoli and eliminates toxins, whereas nicotine constricts the alveoli. Cannabis use could neutralize or overwhelm this constriction.

Cannabis can help control epileptic seizures and decrease symptoms of Dravet syndrome, a disorder that brings severe seizures
Business Insider reports that a 2003 study displayed that cannabis use can prevent epileptic seizures. Robert J. DeLorenzo at Virginia Commonwealth University gave marijuana extract, as well as synthetic marijuana, to epileptic rats. Thanks to the drugs, the rats were rid of seizures for around 10 hours.

Business Insider reports that this is because cannabinoids such as THC, the most psychoactive compound, bind to the brain cells that control excitability and “regulate relaxation”, thus controlling seizures. DeLorenzo’s findings were published in the Journal of Pharmacology and Experimental Therapeutics.

But that’s not all!

While researching for his documentary “Weed”, Business Insider reports, Dr. Sanjay Gupta interviewed parents treating their daughter with a strain of medical marijuana high in cannabidiol (CBD). CBD is a non-psychoactive yet highly medicinal cannabinoid.

Business Insider reports that Charlotte, the daughter, has Dravet Syndrome. This causes “severe developmental delays”, as well as seizures. It’s stated in the film that the CBD-high strain has decreased Charlotte’s seizures from “300 a week to just one every seven days”. This same strain is working wonders for forty other children in the state who suffer from similar disorders.

You can’t make this stuff up.

But how does it work? Business Insider reports that CBD quiets the excessive brain activity responsible for the seizures by interacting with brain cells. Despite this, Gupta notes that the DEA, the American Academy of Pediatrics, and a hospital in Florida that specializes in Dravet Syndrome don’t endorse marijuana for it or other disorders that cause seizures.

In the face of evidence that cannabis can drastically reduce seizures and help with a condition that causes them, the best course of action is apparently to look the other way. 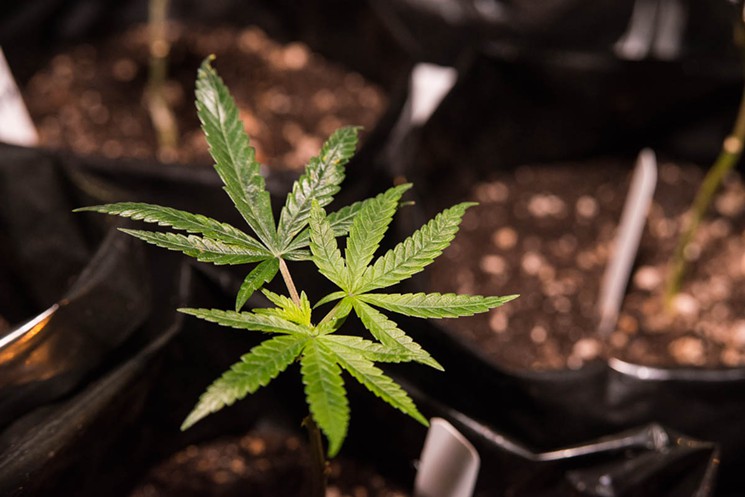