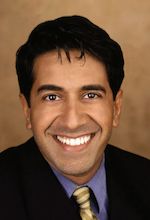 Dr. Sanjay Gupta, CNN’s chief medical correspondent, says he was wrong to ignore marijuana’s medical potential when he wrote an opinion piece in 2009 called “Why I would Vote No on Pot.” Gupta filmed a documentary that aired on CNN on Sunday, August 11, and earlier this week wrote an editorial on CNN.com in which he admitted that the research for the movie changed his mind about the drug and its medicinal effects. After traveling the world, meeting with medical experts and medical marijuana patients, Gupta concludes “we have been terribly and systematically misled for nearly 70 years in the United States, and I apologize for my own role in that.”

Here are Gupta’s reasons for his change of stance:

1. Marijuana laws are not based on science. Gupta wrote: “Not because of sound science, but because of its absence, marijuana was classified as a schedule 1 substance” at the urging of Assistant Secretary of Health, Roger Egeberg in 1970.

2. Gupta notes that marijuana doesn’t have a “high potential for abuse” and it doesn’t lead people to use other drugs. “We now know that while estimates vary, marijuana leads to dependence in around 9 to 10% of its adult users.” Cocaine, classified as a (less addictive) schedule 2 substance, hooks 20% of those who use it. Around 25% of heroin users and 30% of tobacco users become addicted.

3. In some medical cases, marijuana is “the only thing that works.” Gupta met with one woman in Colorado who used marijuana to cut the number of seizures she had from 300-per-week to two or three per month.

4. It’s safer than a lot of prescription drugs: Someone dies from a prescription drug overdose every 19 minutes in the United States, but Gupta could not find a single person who died from a marijuana overdose.

5. Other doctors believe in it: Seventy-six percent of physicians surveyed would prescribe marijuana to ease the pain of women suffering from breast cancer.

6. While quitting marijuana can produce some withdrawal symptoms, like insomnia, anxiety and nausea, it is still nowhere near as bad at drugs like heroin or cocaine, or even booze. “I have seen the withdrawal from alcohol, and it can be life threatening,” Gupta said. Not so with marijuana.

7. Medicinal plants (including marijuana specifically) aren’t a new idea: The medical and scientific communities have been studying medical marijuana since the 19th Century, and marijuana was actually used to treat neuropathic pain until 1943.

8. Only 6% of research on marijuana published in the last year analyzed benefits. The other 93% are designed primarily to investigate harm. “That imbalance paints a highly distorted picture,” Gupta said.

9. The system is biased against research into medical marijuana’s benefits. First, you have to get the marijuana for your study from one government-approved farm, and you have to get approval from the National Institute on Drug Abuse, which is tasked with studying and preventing drug abuse, not the medical benefits of drugs.

In general, Gupta says he listened a bit too closely to medical marijuana opponents and skeptics, and he “didn’t look hard enough, until now. I didn’t look far enough. I didn’t review papers from smaller labs in other countries doing some remarkable research, and I was too dismissive of the loud chorus of legitimate patients whose symptoms improved on cannabis.” 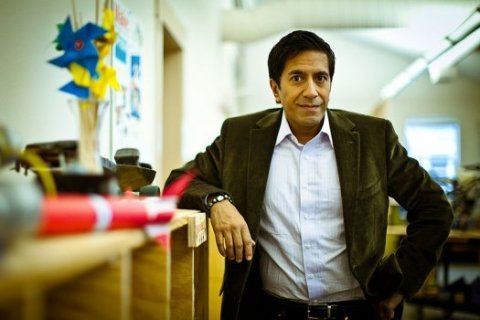 What Exactly Is THC Oil And What Are It’s Benefits?