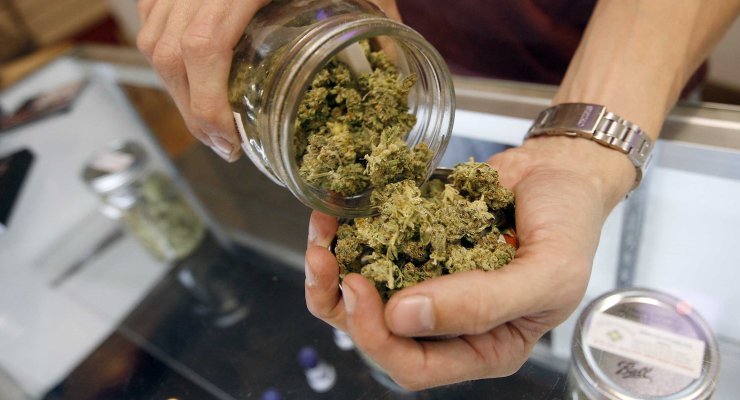 Nine states voted on marijuana initiatives on Tuesday as the country continues to grow more open to legalization. There are now eight states with legal access to marijuana in some form, as California, Maine, Massachusetts and Nevada joined Washington state, Oregon, Colorado, Alaska, along with the District of Columbia, by legalizing recreational marijuana use for adults.

Arkansas, Montana, North Dakota added to the total number of states that approved medical marijuana, going from 25 to 28.

However, residents won’t be able to legally smoke marijuana immediately, because there’s still a lot of work to be done.

Arkansas: Qualifying patients in Arkansas suffering from 17 specific medical conditions including cancer will be able to get relief with medical marijuana thanks to the passing of Issue 6. However, it may take the state’s new medical work commission nearly a year to get the program up and running. Potential growers and suppliers won’t be able to submit licensing applications for cultivation farms and dispensaries until June 1, 2017.

California: Proposition 64 allows adults to use, possess and transport up to an ounce of marijuana. But a dispensary dedicated to selling recreational marijuana won’t open until the state issues licenses allowing dispensaries to sell it for nonmedical purposes, which isn’t expected to happen before Jan. 1, 2018.

Florida: Floridians suffering from debilitating illnesses like cancer, HIV/AIDs, epilepsy and several others will be able to use medical marijuana now that Amendment 2 has passed. The Florida Department of Health still has to figure out the regulations, which the department has until July 2017 to do, and then in October, the state will start issuing identification cards to patients and accepting license applications for growers and suppliers.

Maine: 30 days after Governor Paul LePage certifies Question 1’s election results, adults in Maine will be able to possess up to 2.5 ounces of cannabis. However, it’s unclear when they will be able to purchase pot from authorized nonmedical retailers. State officials have nine months to create regulations for the new law, but legislators are looking to develop licensing programs for marijuana social clubs that could take years before a recreational dispensary opens up.

Massachusetts: Adults will be able to use and possess marijuana starting Dec. 15, but the first recreational dispensary won’t open until at least Jan. 1, 2018. The state legalized medical marijuana back in 2012.

Montana: Roughly 56 percent of registered voters voted for the state’s Medical Marijuana Initiative, which repeals the current medical marijuana law that limits providers to three patients that took effect in 2011. However, doctors won’t be able to write prescriptions for more than three patients until June 20, 2018, because of a reported clerical error in the measure’s initial draft.

Nevada: Although retail shops selling recreational marijuana are set to open up anytime before 2018, adults will be able to carry up to one ounce of weed as of Jan. 1, 2017. The state has until the end of 2017 to set regulations for the program.

North Dakota: Under a doctor’s prescription, patients suffering from a number of ailments who live more than 40 miles away from a dispensary will be able to grow up to eight of their own marijuana plants at home. The amendment, Measure 5, will take effect in February 2017.

9 Reasons Why Dr. Gupta Changed His Mind About Marijuana

The History Of Cannabis: 8 Things You Didn’t Know