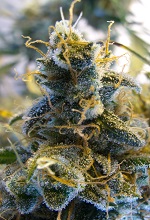 Cannabis can ease chronic pain more effectively than conventional medicines, according to a new study likely to flame the debate on the medical use of marijuana.

Researchers from the Australian National Drug and Alcohol centre found that patients with chronic pain who used the drug said it eased their symptoms better opioid medications, which are highly addictive and can cause accidental overdoses.

The study analysed 1,500 patients, aged in their late 40s and early 50s, who suffered from conditions including back pain, migraines and arthritis, and were being prescribed with heavy-duty opioid medications, such as morphine and oxycodone.

Professor Louisa Degenhardt, from the National Drug and Alcohol Centre and the University of Melbourne led the study. Her team discovered that nearly 13 per cent of the patients had used the illegal drug in the past year on top of their prescribed medication.

In comparison, only 4.7 per cent of the rest of the population used cannabis, she wrote in the journal ‘Drug and Alcohol Dependence’.

“One in three said they found it very effective to relieve their pain, that’s a score of ten out of ten,” she told the Sydney Morning Herald. “Now these are all subjective scores, but it means there is definitely a group of people who think that taking it was very beneficial.”

Degenhart added that the study raised vital questions over whether cannabis should be more seriously explored as source of pain relief, as well as the negative effects of drugs, such as patient dependence.

Dr Nicholas Lintzeris, the co-author of the study and an associate professor of addiction medicine at the University of Sydney, said a huge number of Australians were seeking help for addiction to pain medications, as doctors are left with little choice but to prescribe strong painkillers. This was caused by a lack of access to treatments such as massage, he said.

The findings come after a father who was arrested for allegedly giving his two-year-old daughter cannabis oil sparked a debate on the drug’s use in medicine this month. 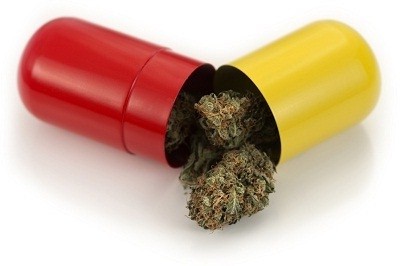 The Ten Questions Police Use To ‘Lock In’ Medical Marijuana Patients

CBD – The Myths And Facts