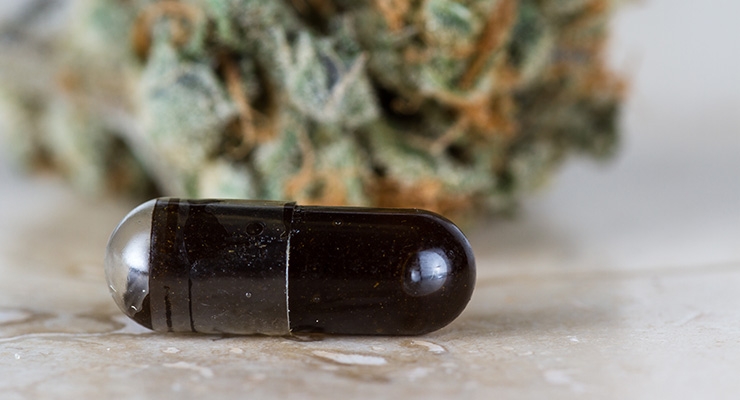 After treatment, an inoperable brain tumor was found and he fell sick with pneumonia caused by his radiation treatments. Thinking Rutner only had weeks to live, Malanca turned to the internet for answers.

What she found was a startling statistic: Nearly half of all cancer patients’ deaths are caused by malnutrition. She purchased cannabis and coconut oil capsules and 24 hours after his first dose, Rutner was out of bed and eating like a teenager.

Six months later she added a daily drop of cannabidiol (CBD) oil to his regimen, and at nine months he was cancer free.

“We just wanted him to pass peace- fully,” she says. “We were fortunate that he got a second chance.”

There was so much information – and misinformation – online that Malanca and her husband, John, decided to create United Patients Group, a resource for patients and physicians seeking knowledge about medical cannabis.

Chiropractors are accustomed to dealing with the claims and skepticism surrounding nutritional supplements. But CBD oil adds a new layer to the issue: The high-cost, controversial product is caught somewhere between a supplement, a medicine, and a proscribed narcotic. State and federal laws regarding its legal status are contradictory, industry regulations don’t exist, research is scant, and dosing is arbitrary.

But all of this shouldn’t necessarily cause providers to give up on the product. Most people agree that CBD oil is relatively safe. And there are promising stories like Malanca’s, showing potential where traditional medicine fails in areas such as chronic pain, impeding cancer proliferation, and seizure abatement.

The endocannabinoid system, discovered in the early 1990s, modulates various functions in the body. Cells in the system that house receptors, including CB1 and CB2, are “activated” by chemicals known as cannabinoids.

There are more than 80 different cannabinoids in Cannabis sativa L (marijuana and hemp). The two most well-known of these chemicals are CBD and tetrahydrocannabinol (THC). THC impacts the CB1 receptor.

Found mainly in the brain, it results in the euphoria received when smoking marijuana, particularly those strains bred to contain large amounts of THC.

CBD, on the other hand, activates the CB2 receptor. This receptor is present mainly in the immune system and is responsible for controlling processes such as inflammation.

Hemp has much lower amounts of THC, and it is increasingly being bred to have more CBD. This is partially due to the definition of hemp in the Agricultural Act of 2014; “industrial hemp” is supposed to be comprised of a THC content of 0.3 percent or less, making it legal for use by universities for research purposes.

The low-THC, high-CBD trend was also sparked by an understanding of CBD’s potential health benefits when, a few years back, media reports hit the airwaves about children who had been crippled by seizures obtaining relief with CBD.

Rodney Radtke, MD, chief of the epilepsy and sleep department at Duke Medical Center, says, “Everybody is talking about medical marijuana … even well-controlled patients [with seizures] are asking about it.”

Radtke says medical cannabis seems safe and initial studies regarding efficacy are positive. In fact, Nora D. Volkow, director of the National Institute on Drug Abuse, in testimony to the Senate Caucus on International Narcotics Control said a review of 25 studies didn’t find any major side effects with a wide range of doses of CBD.

And while Radtke doesn’t deter patients from using the substance, he also doesn’t recommend it because it isn’t fully understood.

“The perception is that doctors are against medical marijuana, but that’s not so,” he says. “What we want is for it to be investigated and shown to be efficacious and safe … we want a medication, not an herbal remedy.”

The goal with most medications is to get as much of the active ingredient into the bloodstream as quickly as possible. According to makers of the product, CBD oil does this well for a couple of reasons.

Unlike smoking marijuana, a process in which the whole plant is consumed, taking CBD allows for greater levels of the potent chemicals to be delivered in a smaller dose, which oil producers work to isolate and extract.

Also, compared to smoking cannabis, patients receive a higher amount of active chemicals passing through the bloodstream from CBD oil taken sublingually. “Patients begin to feel a difference in as little as four to six minutes and the full effect in less than 15 minutes,” says Brandon Hart of Black Rock Nutraceuticals.

Michael Lioon of TruGen3 says his firm utilizes a delivery system that boosts the absorption and bioavailability of their hemp oil extract that contains CBD: “Our product is a phytocannabinoid-rich hemp oil containing CBD and Beta- caryophyllene. When these two phytocannabinoids are present, a synergistic effect on the CB2 receptor is created.”

Moving cannabis from its illegal status as a Schedule I drug (the same listing as heroine and LSD) to a Schedule II drug (such as oxycodone) is left to the U.S. Food and Drug Administration. But this listing was affirmed this month when the federal government released a statement saying marijuana has no accepted medical use and is vulnerable to abuse.

Most producers, however, claim their products are legal, largely because of a 2004 court ruling from the Ninth Circuit Court of Appeals. The court found the DEA could not ban organizations from selling food products made from hemp oil imported from outside of the country. Many sellers of CBD oil only use imported hemp and provide certificates proving its origin.

But Barbara Carreno, a spokesperson for the DEA, said this ruling doesn’t provide a loophole for these vendors. CBD oil is currently sold in violation of the Controlled Substances Act and the Federal Food, Drug, and Cosmetic Act, according to a DEA statement on the product.

“Just because it comes from hemp doesn’t mean it’s a legal medicine – technically it is not legal; they should not be selling it,” Carreno says.

The DEA, however, doesn’t concentrate resources on the use of hemp and medical marijuana, as long as it conforms to state laws, according to Carreno. Instead, it focuses on marijuana being grown on federal lands, being sold near schools, or moved across state lines.

“The DEA has always focused on large-scale drug trafficking,” she says. “We don’t focus on users or caregivers.”

Much of the enforcement efforts are left to state agencies, which is why the industry is proliferating. According to the National Conference of State Legislatures, at least 25 states have some sort of provisions for medical marijuana use – many focusing on hemp, the low- THC, high-CBD products that fall under the DEA’s 0.3 percent rule.

CBD oil’s legal status makes it a difficult product to research. But, as an increasing number of states opt to legalize medical and recreational use, funds have begun to flow. According to the National Institutes of Health, 281 research projects – accounting for $111 million – were focused on cannabinoids in 2015. Fifteen of these were related to CBD.

For now, though, which CBD compounds are best, how they should be dosed, and even the indications for use, all vary depending on the person whom you ask.

Lioon says his hemp oil extract, containing CBD, has virtually all of the THC removed. This is a policy most producers appear to be following.

Radtke says it’s CBD that helps control seizures; THC doesn’t. But THC, he says, does impact nausea and pain, and an equal combination of the two reduces spasticity.

Mike Harinen, of Bluebird Botanicals recommends combining THC and CBD. The whole plant works in conjunction better than when extracts are completely isolated, he says.

“When they are consumed together they do have some potentiating effect on one another,” Harinen says. “That is the entourage effect of cannabis.”

Even if someone decides CBD, THC, or a combination product is best, there is currently no way to know how much of either to use or how the dose will affect each person.

CBD can be used to treat anxiety, for instance, but too much can cause anxiety, too. CBD typically doesn’t make people high, but Malanca has seen people “stoned out of their mind” on just a CBD product.

Malanca has also known identical twins with Crohn’s disease who had different experiences with medical cannabis: One used a 50/50 combination, but for the other, a product with 25 percent CBD worked well.

The doses and formulations of CBD oil are as varied as its potential uses. A Google search will find research and claims that the product can be used therapeutically for seizures, inflammation, anxiety, cancer, MS-associated spasticity and neuropathy, pain, insomnia, depression, and nausea. It may also be taken simply for relaxation.

Chiropractors who want to sell or recommend CBD oil should be able to help patients wade through the plethora of information on the internet. There is no prescription to write for CBD oil and producers are reticent to make claims about efficacy for fear of legal repercussions.

“It’s like buying vitamin C from Wal-Mart,” Hart says. “There is a lot of information out there, but be discerning with it. If possible, talk to a doctor to find out what to take and in what amounts.”

When recommending a product to a patient, CBD producers recommend a few must-haves for any oil.

Foremost is testing. Though there are no regulations for labs to follow (and testing has been notoriously faulty) having a certificate from an external lab is a requirement. The labs should test for CBD and THC content as well as impurities including mold, toxins, heavy metals, fungus, pesticides, and bacteria.

Any company worth its salt should be able to provide proof of internal and third-party testing, Hart says.

Malanca’s organization offers a seal of approval given to products that have passed “the most rigorous of tests.” Vendors should have representatives available to talk about their product’s safety and purity.

The second consideration is drug- drug interactions. Chiropractors should go over medications and other supplements patients are taking to watch for potential problems. For instance, Radtke says, CBD is known to reduce levels of Lamotrigine and enhance the effects of Clobazam, potentially making it toxic.

“There is so much interest in this that it speaks for itself,” Lioon says. “CBD has worked wonders for patients in pain who have tried different drugs that haven’t worked or who don’t want to get addicted to narcotics.” 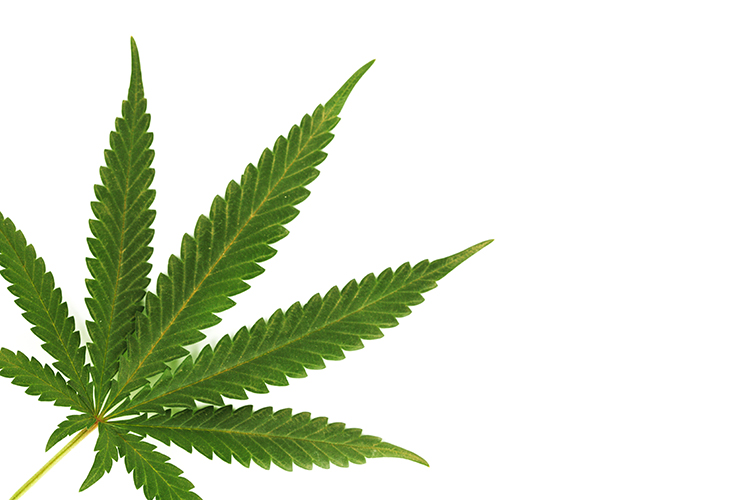 The Case For Cannabis

How Cannabis Can Kill Cancer