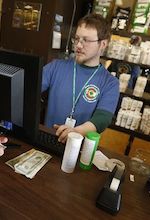 Nine months after Colorado shops opened their doors to sell the first bags of recreational marijuana, a majority of state residents still support legal weed sales. A new NBC News/Marist Poll shows that 55 percent of adult Colorado residents back the law that legalized the regulated use, possession and sale of cannabis by adults. The poll found that 41 percent oppose the law, including 8 percent who said they are actively trying to overturn the legislation.

“This is just the latest of several polls that reflect the successful implementation of Amendment 64,” said Mason Tvert, communications director for the Marijuana Policy Project and a key figure in the campaign to legalize marijuana. He added, “Hopefully the folks fighting to maintain prohibition will stop using bogus talking points about Coloradans having buyer’s remorse. Nobody knows more about how Coloradans feel than Coloradans theirselves, and clearly most of them are quite content with the direction in which things are headed.”

Asking a differently phrased question about retail marijuana in the state, other surveys have found similar levels of support. In February, a Quinnipiac poll found that 58 percent of state voters supported marijuana legalization, although 51 percent said that legalization was “bad” for the state’s wholesome reputation. A March survey from Public Policy Polling showed 57 percent of Colorado voters in favor of legal cannabis. Colorado voters approved Amendment 64 in 2012, but the historic first sales didn’t begin until Jan. 1, 2014.

To date, two states — Colorado and Washington — have legalized marijuana for recreational use. Twenty-three states and the District of Columbia have legalized cannabis for medical purposes. This November, Oregon and Alaska voters will consider legalizing recreational marijuana, while Florida voters will weigh a medical marijuana ballot initiative. D.C. residents will vote on a measure that would legalize the adult possession of small amounts of marijuana as well as limited home cultivation; however, the sale of marijuana would still be prohibited. See poll here. 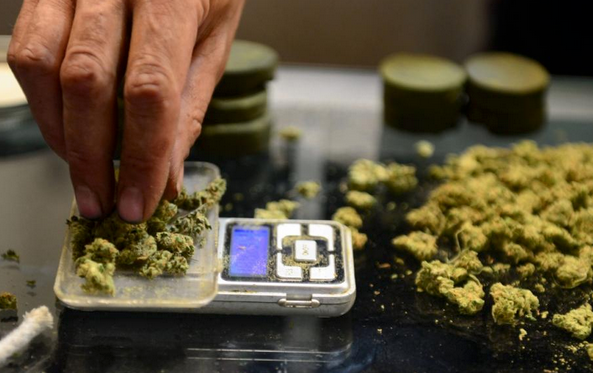 7 Takeaways From The Special Report On Marijuana Legalization In Massachusetts