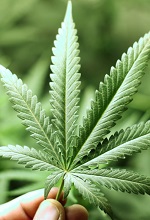 Marijuana was a popular botanical medicine in the 19th and early 20th Centuries, common in US pharmacies of the time, and its use can actually be dated back to 2700 BC. Today a wealth of research shows Marijuana does have outstanding promise as a medicinal plant, largely due to its cannabidiol (CBD) content.

Research is still ongoing on just how extensive their impact is on our health, it is known that cannabinoid receptors play an important role in many body processes, including metabolic regulation, cravings, pain, anxiety, bone growth, and immune function.

Some of the strongest research to date is focused on Marijuana for pain relief and better sleep. In 1 study, just 3 puffs of Marijuana a day for 5 days helped those with chronic nerve pain to relieve pain and sleep better.

Americans for Safe Access also has links to research studies suggesting that cannabis may help in the treatment or prevention of Alzheimer’s disease and cancer, noting: “To date, more than 15,000 modern peer-reviewed scientific articles on the chemistry and pharmacology of cannabis and cannabinoids have been published, as well as more than 2,000 articles on the body’s natural endocannabinoids. In recent years, more placebo-controlled human trials have also been conducted.

A 2009 review of clinical studies conducted over a 38-yr period, found that ‘nearly all of the 33 published controlled clinical trials conducted in the United States have shown significant and measurable benefits in subjects receiving the treatment.’

The review’s authors note that cannabinoids have the capacity for analgesia through neuromodulation in ascending and descending pain pathways, neuroprotection, and anti-inflammatory mechanisms; all of which indicates that the cannabinoids found in cannabis have applications in managing chronic pain, muscle spasticity, cachexia, and other debilitating conditions.

Currently, Marijuana is often recommended as complementary or adjunct medicine. But there is a substantial consensus among medical experts in the relevant disciplines, including the American College of Physicians, that Marijuana, and other cannabis-based medicines have therapeutic properties that could potentially treat a variety of serious and chronic illness.”

In January 2015, the American Academy of Pediatrics (AAP) updated their policy statement on Marijuana.

In their updated version, they acknowledge that cannabinoids from Marijuana “may currently be an option for… children with life-limiting or severely debilitating conditions and for whom current therapies are inadequate.”

While frowning on recreational use, the AAP gave their “strong” support for research and development as well as a “review of policies promoting research on the medical use of these compounds.”

They recommended downgrading Marijuana from a Schedule I drug on the DEA’s schedule to a Schedule II drug, in order to facilitate increased research. The fact is, research to date has been very promising, but there’s still a lot that is not yet known. 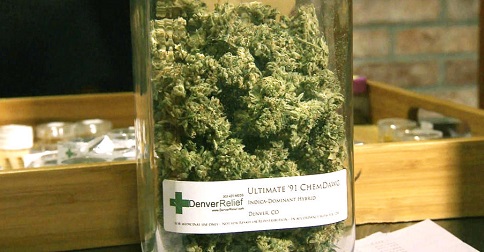