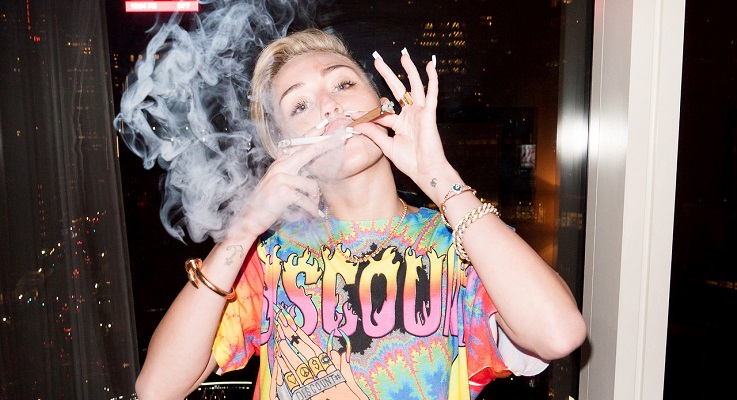 We all know at least one person who fits the “lazy stoner” stereotype.

These people live, eat, sleep and breathe to puff the magic dragon.

And, if you do get them stoned, all they want to talk about are other times they got high.

While these people may be an endless source of entertainment (It’s even a trope used in some of the best classic stoner films.), it sure as hell doesn’t help the legalization movement that’s been taking America by storm.

The issue of marijuana legalization has become a hot one, especially among the young and socially aware.

Politicians are slowly but surely beginning to understand this isn’t an issue that will simply fade away.

In order to capture the very underrated Millennial vote, issues like this and marriage equality need to be addressed publicly.

Despite the fact that a new poll conducted by the Benenson Strategy Group shows 61 percent of American voters support the legalization of recreational marijuana, politicians are still apprehensive to speak openly and honestly about the subject.

In 1992, Bill Clinton famously stated he experimented with marijuana in England, didn’t like it and did not inhale (all the while having a pot brownie smirk on his face that didn’t fool anyone).

President Obama has been known to crack subpar jokes whenever the subject is brought up publicly, as if to imply that it’s not that important of an issue.

Front woman for the 2016 Democratic nomination Hillary Clinton claims there hasn’t been enough research on the subject for her to get on board with legalizing medicinal use.

She laughed at the thought of trying marijuana, clearly stating she never has and never will.

Personally, I can’t imagine anyone believing any of these politicians.

Both Clintons grew up in the 60s at the height of the counterculture movement (Need I say more?), and old photo and video evidence of Obama toking in his early days show that perhaps “Key & Peele’s” “Obama – The College Years” skit isn’t too far from the truth.

A Pew Research study shows 49 percent of Americans say they have tried the devil’s lettuce, so I think it’s high time (See what I did there?) politicians make more of an effort to be honest, as opposed to going out of their way to appeal to the masses.

The worst part about Hillary’s claim that there just hasn’t been enough research is she had to disregard the fact marijuana has been around for – and used for a multitude of purposes – as anyone can remember.

Even the King James Bible includes several passages that are clearly about cannabis, like Genesis 1:29, which states,

“And God said, Behold, I have given you every herb bearing seed, which [is] upon the face of all the earth […]”

To be fair to Mrs. Clinton, her statement was more geared toward the experimental nature of states, like Colorado, passing new legalization legislation.

Well, Hillary, the results are in: Colorado has made more than $53 million in tax revenue after only a year of legalization.

The medicinal properties of marijuana have been extensively researched. In the 23 states that have passed laws to allow medical use, marijuana is being used to treat everything from seizures to cancer patients undergoing chemotherapy.

To top it all off, 18 states have passed measures to decriminalize marijuana possession, which has significantly kept young, non-violent stoners out of our prison system.

Hopefully, with the coming elections, Hillary will start to sing a different tune.

The Republican Party, on the other hand, also tends to shy away from the subject, with the exception of 2016 potential candidate and governor of my home state of New Jersey, Chris Christie.

In a recent radio show interview, Christie flexed his bully muscles, stating he planned to crack down on marijuana sale and use if elected president, despite the fact his very own state was one of the earliest to legalize medicinal use.

His only and constantly disproven defense is the gateway drug theory, which comes from the idea that smoking pot is a “gateway” into the abuse of other drugs.

While some studies have shown a correlation between marijuana use and the abuse of harder drugs, none of these studies can prove causality.

To add to the fear mongering conservatives continue to push, Fox News is in hysterics, hosting panel discussions with titles like “Stoned America,” where panelists make arguments like voting for legalization is like voting for slavery.

Someone should really take all the lies Fox News has produced about pot, put it together in a mixtape and call it “Fear of a Stoned Planet.” I bet Public Enemy would be proud.

So, with everything we know to be factual when it comes to marijuana use, and with the majority of the population being onboard with legalizing the magic herb, why is it taking so long for change to happen?

There are so many factors keeping it from simply happening overnight, but the fact still stands we are in the midst of a social revolution. As Millennials, we should be proud to be a part of it.

With large organized efforts, like the National Organization for the Reform of Marijuana Laws (NORML), states overwhelmingly jumping onboard and an activist movement that isn’t afraid to hit the streets so its voices are heard, even President Obama has been forced to finally take the issue seriously.

“At a certain point, if enough states end up decriminalizing, then Congress may then reschedule marijuana.”

That’s about the closest thing to “it’s about to go down” a president has ever said on the subject.

All of this brings us to the one view from the opposition that might actually be somewhat valid: the “lazy stoner” stereotype.

There are people who believe if America took Bob Dylan’s lyrics, “Everybody must get stoned,” literally, this country would collapse under the weight of a relentless hoard of brain-dead, stoner zombies.

Fear mongering like this, and the contents of that Fox News mixtape, typically come from people who have never tried marijuana.

They base their biases and assumptions on movies they’ve seen, or worse, personal experiences dealing with potheads.

As amazing as “Tenacious D in The Pick of Destiny” is, the image of Jack Black and Kyle Gass getting baked on the couch won’t hold any water in a debate with someone who has the opinion that stoners are useless and legalization is a joke.

While there is absolutely nothing wrong with lighting one up, ordering Chipotle and perusing Elite Daily for hours on end, keep this in mind: With great social change on such a large scale comes great responsibility.

As fellow chronic lovers, we should unite to reconstruct the “lazy stoner” stereotype so the opposition, the American people and Washington can finally take us seriously.

Protesting and hitting the streets is not for everyone, so here are a few things you can do to help shift the way people view the stoner community:

Get off your ass! One of the greatest properties of marijuana is its euphoric effect that can help highlight life’s most fascinating characteristics.

Instead of melting into the couch or getting scolded by your dog, go outside and climb a tree. Get creative and make art (or love), write a novel or make music.

Do some volunteer work, climb a mountain to meditate on or break into the zoo to free all the animals.

Whatever “being active” means to you, make it happen. Show the world you are anything but lazy.

Do your research! The next time someone who hasn’t smoked pot (but somehow claims to be an expert on the potential dangers of it) tries to preach to you, show them you know your stuff.

Get familiar with all of the medicinal benefits marijuana brings to sick people around the world.

Maybe ask why the person isn’t as opposed to alcohol, which kills around 50,000 people a year from poisoning, or tobacco, which has an astounding 400,000 smoking related deaths a year.

And, if anyone doesn’t believe a pothead can be smart, refer him or her to Carl Sagan.

Don’t be ashamed that you like a little afternoon delight from time to time. Too many people are afraid to be labeled a certain way or called an addict.

Someday soon, a nice wake and bake will be as natural as English people having tea and biscuits. Never be afraid to converse with others, and always have an open mind.

However, you should also be tolerant of the fact recreational marijuana isn’t for everyone.

Know your rights when dealing with the law, be aware of any risks involved and know your bud.

For obvious reasons, driving under the influence of anything that can impair you is never a good idea.

As much of a baller you think you are for rolling blunts of Kush like Lil Wayne, understand there are safer ways to enjoy that OG, like edibles or vaporization.

Also, understand the difference between indica and sativa, and become familiar with the visual characteristics so someone doesn’t sell you a bag of green stuff they scraped off a Subway sandwich.

As someone who likes to think he doesn’t fall into the negative stereotypes, I can’t help but believe weed doesn’t inherently make people lazy.

It’s a stereotype that has been perpetuated time and time again, even within the “stoner culture” itself.

We all love and laugh at films like “Pineapple Express” and classics like the Cheech and Chong series. But, at a time when we could really use being taken seriously, those memes are now coming back to bite us in the ass.

In this day and age, it’s not just young and reckless misfits of the “Reefer Madness” persuasion lighting up, but as Peter Tosh put it, “Doctors smoke it, nurses smoke it. Judges smoke it, even the lawyer, too.”

In order for us to finally get the opposition, the American people and Washington to finally take our cries of “Legalize It!” seriously, we need to begin by taking ourselves seriously, one toke at a time. 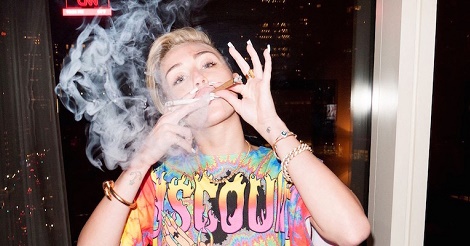