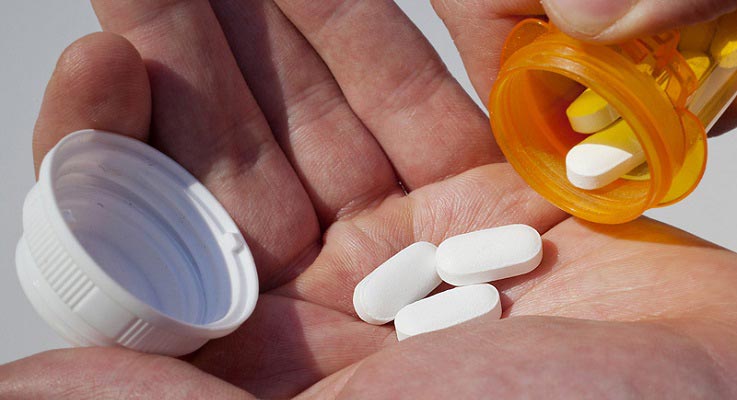 Medical marijuana may serve as a non-fatal alternative to prescription opioids when it comes to chronic pain management, according to some health experts.

In a New York Times opinion piece, medical researcher Colleen Barry posits that while the rise in opioid prescriptions has mirrored the expansion of medical marijuana laws, only states with such laws in place saw a dramatic reduction in overdoses related to prescribed painkillers:

But using state-level death certificate data from 1999 to 2010, my colleagues and I found that the annual rate of opioid overdose deaths decreased substantially — by 25 percent on average — following the passage of medical marijuana laws, compared to states that still had bans.

Barry is referring to a March study published in the Journal of the American Medical Association that found a sizable reduction in painkiller-related deaths in states that have passed medical cannabis legislation.

“Examination of the association between medical cannabis laws and opioid analgesic overdose mortality in each year after implementation of the law showed that such laws were associated with a lower rate of overdose mortality that generally strengthened over time,” said the study’s lead author and researcher, Marcus Bachhuber, MD.

The rate of painkiller-related overdoses has become such a concerning epidemic that the Centers for Disease Control has acknowledged medical marijuana as a safer alternative. As such, the agency has instructed doctors to stop the routine screening of painkiller users for marijuana use.

Aside from allowing marijuana use, Barry believes that more is needed to quell the opioid epidemic.

“…If the opioid crisis has taught us anything, it should be that careful regulation, stringent oversight and ongoing evaluation are all absolutely essentially to establishing an environment that protects the public’s health,” Barry wrote.

The 10 Worst States To Get Caught With Marijuana In