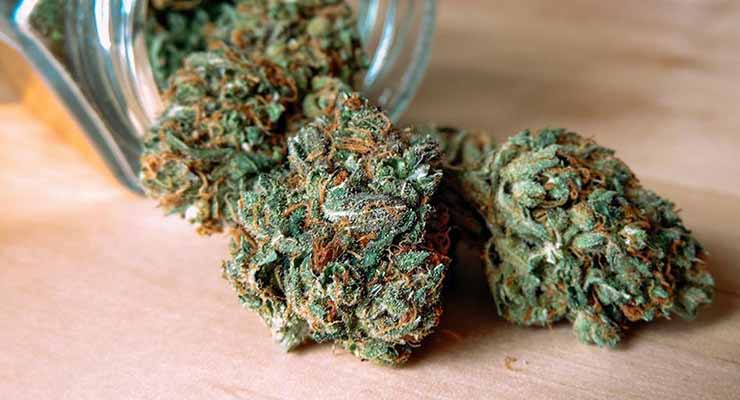 Six months ago I knew almost nothing about medical cannabis. I’d smoked the odd joint in my misspent, nightclub frequenting youth, but even that was a dim and distant memory. However, it would seem that cannabis and I were destined to become better acquainted.

My eyes were opened with a jolt after witnessing the difference cannabis oil made to the final months of my friend’s dying mother. She went from a morphine haze of confusion, to remaining lucid and almost pain-free to the moment she died.

I felt a tremendous frustration that so many others were being robbed of their dignity, because someone, somewhere, for some reason had decided that the cannabis plant had no therapeutic use.

With every ounce of my being I sent out a promise – both to my friend and the universe – to do something about it. Turns out the universe was listening.

And here I am just half a year later, writing for a company that makes organic cannabis oil, filling my days with cannabinoids, terpenes, endocannabinoids and PubMed research papers.

So here are six months’ worth of surprising cannabis facts.

1. THC is one of over 85 active compounds in cannabis
If you’ve smoked the odd joint in your time, you’ve probably heard of THC or Tetrahydrocannabinol, as it’s the one that gets you stoned. But even though THC shouts the loudest, it’s just one of over 85 other natural compounds known as Cannabinoids, most of which are non-psychoactive.

2. Cannabis and Hemp are the same plant
Hemp is effectively cannabis, but ‘with the fun part taken out’, as my friend’s 82 year old mum likes to say. What that means in scientific terms is that it only has trace levels of THC (less than 0.2%), although it does contain many other beneficial properties such as the cannabinoid, Cannabidiol (CBD). So in most countries worldwide, hemp is considered legal, while cannabis is not.

3. We have an Endocannabinoid System (ECS)
Back in the 1990s when scientists were trying to find out how THC worked in the body, they discovered the Endocannabinoid System; a vast network of receptors and cannabis like chemicals, regulating everything from pain, our immune system to appetite and sleep.

4. An out of whack Endocannabinoid System could cause certain illnesses
Imagine what would happen if your Endocannabinoid System weren’t working properly: you may have too much inflammation in your body, your immune system might attack itself, or you could be oversensitive to pain. Neurologist Dr Ethan Russo has developed the theory of Endocannabinoid Deficiency, believing that conditions like IBS, fibromyalgia, migraines and MS are due to an impaired ECS, which can be brought back to optimum function by taking plant cannabinoids.

5. THC – the one that gets you high – does other amazing things too
Tetrahydrocannabinol or THC receives a bad rap, based on the fact that it gets people stoned. But regardless of your views on altering the mind, THC is much, much more than that, and has been shown to be pain relieving, antiemetic (stops vomiting), kills cancer cells, treats glaucoma and improves appetite.

6. CBD can reduce anxiety
Cannabidiol (CBD) is non-psychoactive in comparison to THC, but it can actually change our psychological state in a positive way. By taking CBD it’s possible to move from an anxious state to a more relaxed one, with studies showing CBD to be effective for social anxiety.

7. CBD has lots of other therapeutic uses too
While scientists know a lot less about how CBD functions in the body compared to THC, they have discovered that it is anti-inflammatory, can significantly reduce seizures in epilepsy, is a powerful antioxidant and has an antipsychotic effect. It also counteracts the stoned feeling from THC if you want to get the therapeutic benefits of cannabis while staying clear headed.

8. Cannabis may prevent age related diseases
Current thinking suggests that chronic inflammation is a cause of many age related diseases. As CBD is a proven anti-inflammatory agent and powerful antioxidant, scientists are researching its potential as a way of preventing illnesses such as cancer and autoimmune conditions.

9. Cannabis stimulates new brain cell growth
We all know someone who’s smoked a few too many joints in their time and have been left with a vacant, thousand yard stare. But contrary to the ‘cannabis kills brain cells’ rhetoric, scientists have found that THC and CBD actually promote the growth of new brain cells in adults, by protecting against the toxic build-up commonly experienced in an ageing brain. This provides exciting new hope for diseases like Alzheimer’s and Parkinson’s.

10. The legal status of medical cannabis defies logic
Both the UK and US government state that cannabis has ‘no therapeutic value’ and yet the US Federal Government holds a patent for cannabinoids as neuroprotectants and antioxidants, and the UK has recently reclassified the Cannabinoid, CBD as medicine. I will leave you to draw your own conclusions, but personally I can’t make any sense of it.

So all in all, it’s been a dizzying six months. I’ve learned that in the world of medical cannabis nothing is as it seems, and that right now anecdotal reports far outweigh conclusive clinical trials. For me though, it’s a simple matter of public health. Safe, regulated access to the cannabis plant for medical reasons should be available to all that need it. No more, no less. 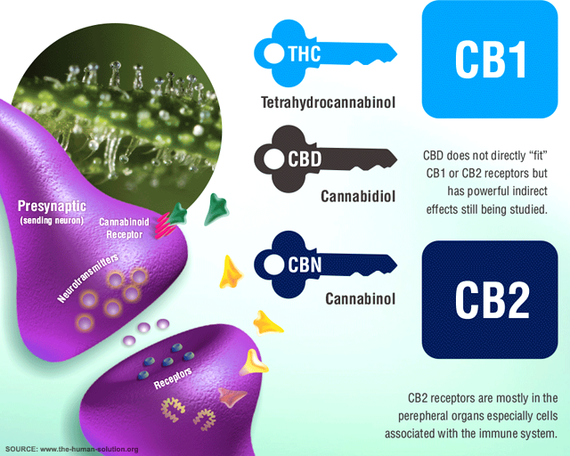 Israel: This House Made Of Cannabis Is Eco-Friendly And Beautiful