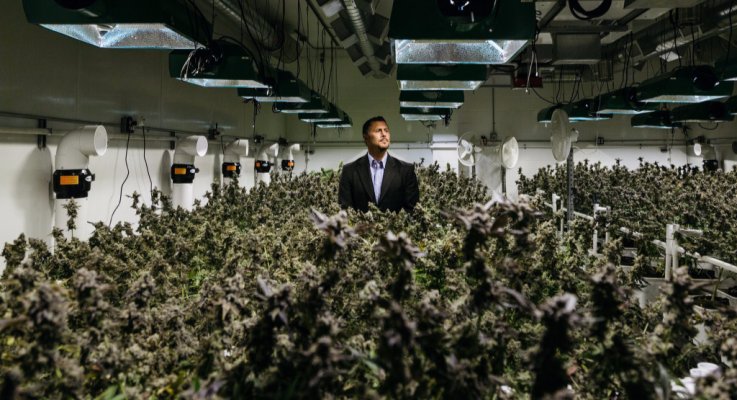 Marijuana is easily one of the world’s most controversial plants and, in the U.S., has endured a particularly rocky history. While smoking marijuana was once viewed as an act of political dissidence against the Vietnam War, today the plant is recognized as an invaluable medicine and smoking-hot commodity that’s generated billions of dollars in revenue in states where it is now fully legalized. Meanwhile, cannabis remains illegal at the federal level and is considered by the Drug Enforcement Agency (DEA) a Schedule 1 drug alongside heroine, LSD and ecstasy, and yet, a total of 29 U.S. states and the District of Columbia now have some form of legalized marijuana, while eight more states — three of which adopted the measure in November 2016, and include California, Nevada and Massachusetts — allow recreational use of the plant.

Today, cannabis is undoubtedly undergoing a revolution in the U.S. In this article, we’ll examine the history of marijuana use and prohibition in the U.S., the road to public acceptance, and the burgeoning cannabis industry.

The Founding Fathers and the American History of Cannabis

The documentary featured below, “The Marijuana Revolution” (2016), details the fascinating journey of marijuana and the various challenges faced by its proponents throughout history. As the film notes, marijuana was once regarded as a harmful and addictive drug used mainly among black jazz musicians and Mexican migrant workers.

Today, the majority of Americans support cannabis either as a medicine, for recreational use or both. Surveys show that at least 4 in 10 Americans have tried marijuana, while nearly 60 percent support full legalization.

A 2013 survey found a majority of physicians — 76 percent — approve of the use of medical marijuana.1 CNN’s chief medical correspondent and neurosurgeon Dr. Sanjay Gupta also made a highly publicized reversal on his marijuana stance after the production of his two-part series “Weed,” which aired in 2014.2

So how did this plant, which has been around for centuries, overcome its bad reputation? Perhaps a better question is how did marijuana earn such a bad rap in the first place?

In order to understand the American history of cannabis and its transformation, it’s important to start with our Founding Fathers, who cultivated the plant for industrial purposes. George Washington, for example, is said to have grown more than 100 hemp plants at his home in Mount Vernon, Virginia. Cannabis is called hemp when it’s being used for its fibers, which are extracted from the stem and constructed into rope, clothing and paper.

During the 18th century, hemp was viewed as an important cash crop. It was used for rope by navies around the world, and as a thick durable linen ideal for clothing and packaging heavy materials. Additionally, hemp seed oil was used in soaps, paints and varnishes. Hemp plants are low in tetrahydrocannabinols (THC) levels and therefore do not get you high.

Marijuana Transforms From Being Viewed as a Useful Medicine to Addictive Zombie Drug
As depicted in the film, cannabis eventually grew popular for its medicinal properties and was used for treating many ailments, including insomnia, menstrual cramps, nausea, muscle spams and even depression. Modern research has only expanded on these health benefits, now recognizing marijuana as an effective treatment for cancer, epilepsy, Parkinson’s disease and Tourette’s syndrome, as well as a host of other diseases. (Learn more on Wake Up World’s Cannabis research page.)

However, the concept of cannabis as a medicine quickly began to fade when people started using the plant as a recreational drug in the 20th century. Those frightened of marijuana began to demonize it, using provocative terms like “devil weed” and “drug addicted zombies” to deter people from smoking it.

Harry J. Anslinger, a former railroad cop and prohibition agent, was one of the first powerful voices to come out against the plant. He used fear mongering and racism to sway public opinion on cannabis, targeting minorities including African-Americans, Hispanics and Filipinos. Anslinger described the average marijuana user as being a minority entertainer who relied on the drug to create “[s]atanic music, jazz and swing.” He said the plant caused “white women to seek sexual relations with Negroes, entertainers and any others.”

In 1963, the U.S. government funded the propaganda film “Reefer Madness,” which warned that using marijuana just once could turn you into a drug-addicted zombie.

The authorities also changed the plant’s name and began using the Spanish word “marijuana” in an effort to give it a negative connotation associated with Mexican migrant workers and other minorities. Shortly thereafter, the sale and use of cannabis in the U.S. was made illegal through the Marijuana Tax Act of 1937.

An Act of Political Dissent
Anslinger may have started the war on weed, but President Richard Nixon continued it. While his wife spoke convincingly against marijuana, Nixon persuaded Congress to pass the Comprehensive Drug Abuse Prevention and Control Act of 1970, classifying the plant as a Schedule 1 drug.

Divided over the nation’s involvement in the Vietnam War, some Americans began smoking weed as an act of political dissent. Subsequently, Nixon retaliated by arresting “pot-smoking Vietnam protesters.”

Slowly but surely, the public once again began changing its views toward marijuana. By the mid- to late ’90s, California, Oregon and Maine approved medical cannabis, with Nevada and Colorado following close behind.

Marijuana’s Projected Growth Rate Outpaces the Smartphone
In 2012, Colorado became the first U.S. state to fully legalize cannabis, opening the doorway to a realm of unimaginable possibilities in terms of innovation and revenue, ultimately leading to a new pastime embraced by an emerging culture.

Colorado’s legal marijuana market quickly flourished, generating up to $100 million a month in revenue just three years after the state approved recreational use, according to the film. The state of Washington saw similar numbers and in 2015 reported earnings of an estimated $1.4 million a day.

That same year, the legal marijuana market was valued at roughly $3 billion, and is predicted to reach $10 billion over the next five years, outpacing the growth rate of smartphones. While the Obama administration promised to stop allocating resources to fight marijuana legalized at the state level, it’s illegal classification under federal law that carries both pros and cons for the burgeoning pot market.

A positive is that small mom-and-pop shops have been allowed to thrive, leading the way in product innovation. Legal pot markets are producing a vast array of products including weed-infused coffee, tea, breath mints, candies, cookies, pie and many other edibles.

Some innovators are even trying to create a global pot brand called “Marley Natural,” while others have established Yelp-like sites such as Leafly,3 which review and rate dispensaries, as well as various strains of marijuana.

Pot’s Illegal Status at the Federal Level Keeps Big Business at Bay
Because cannabis remains a Schedule 1 drug at the federal level, it cannot legally be transported across state lines. As a result, the development of centralized growing and processing plants aimed at achieving nationwide distribution have been stalled.

A Cash-Only Business
One of the biggest cons of marijuana being illegal at the federal level is the fact that it forces pot operations into an all-cash business. Banks are federally regulated, which means marijuana businesses are prohibited from depositing their money into banks. They cannot perform credit card transactions either.

Having to manage and store significant amounts of money in cash is not only a headache, but incredibly risky, as it makes marijuana businesses more susceptible to theft. Another major con is that pot companies in Colorado must maintain around-the-clock surveillance. Whether they’re watering plants or packaging product, employees in the marijuana business are always on camera — a requirement some describe as intrusive.

In the documentary, cannabis entrepreneur Daniel Curylo, owner of Cascade Crops, says that the surveillance makes him feel like a second-class citizen. “We’re a bunch of regular guys who work like 10, 11 or 12 hours a day, every day. We pay our taxes. We’re good people,” he said.

Pot’s status as a Schedule 1 drug means that state marijuana operations are regulated like an illegal enterprise. However, despite the obstacles, legal marijuana has still managed to go mainstream, transforming the way Americans view and use cannabis.

The worst effect marijuana can have on us is a hazy or slightly catatonic feeling, according to current research noted in the film. But the plant remains far less addictive than alcohol, cocaine, heroin and cigarettes, and may even be useful in curbing America’s growing opioid epidemic.

In fact, recent research found that medical marijuana lowers prescription drug use. The video below features W. David Bradford, Ph.D., whose study was published in the journal Health Affairs earlier this month.4 As reported by The Washington Post:5

According to Bradford, the Medicare program could save $468 million per year if marijuana were legalized in all U.S. states. Already, $165 million was saved in 2013 in the 18 states where medical marijuana was legal that year. To find out the legal status of marijuana in your state, see governing.com’s marijuana state law map. 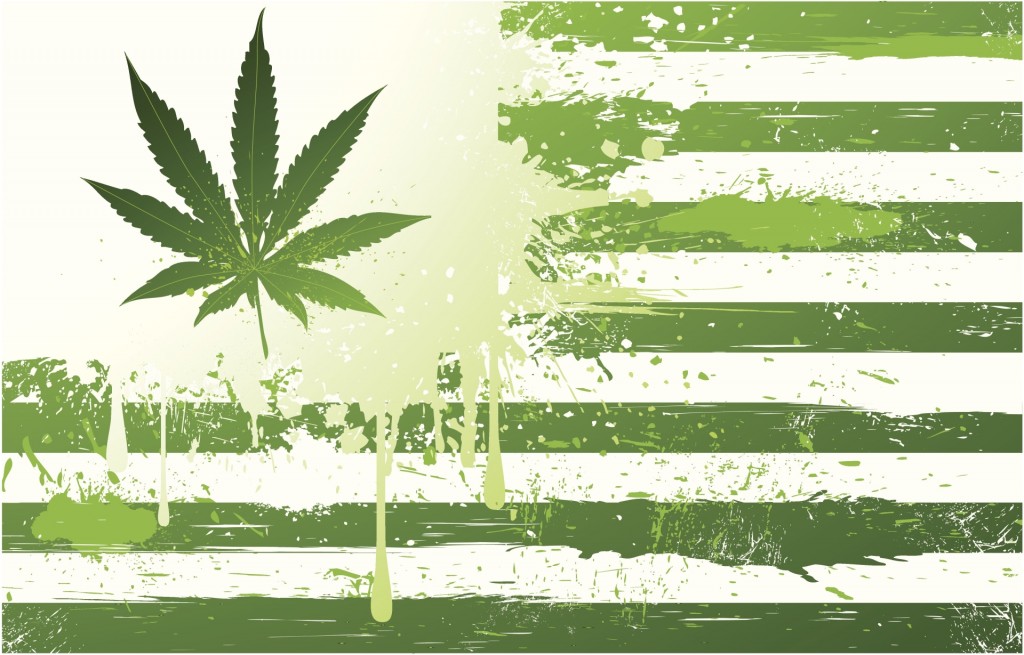