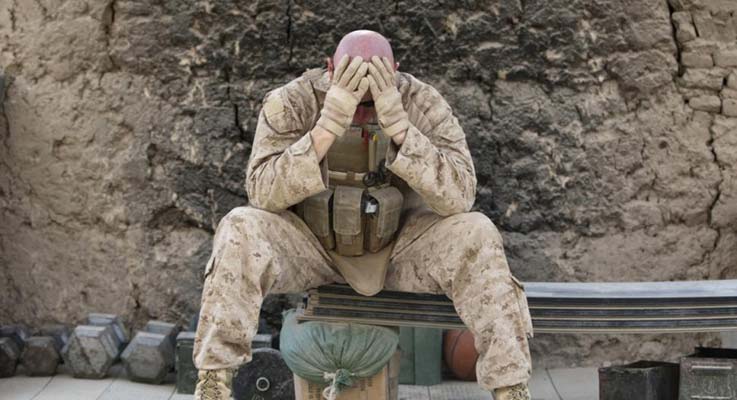 The Drug Enforcement Agency has given its blessing to a study on the effect of medical marijuana on post-traumatic stress disorder, the first randomized, controlled research in the U.S. for PTSD that will use the actual plant instead of oils or synthesized cannabis.

According to the research’s nonprofit sponsor, Multidisciplinary Association for Psychedelic Studies, or MAPS, the DEA’s approval gives researchers the go-ahead to buy the marijuana for the study from the National Institute of Drug Abuse.

Once the marijuana has been secured, the group will begin recruiting and enrolling participants, perhaps as early as June, MAPS spokesman Brad Burge said.

“The contract with the state of Colorado was signed on April 20 — an unofficial national holiday in some circles — meaning the funds are en route to MAPS. We are now preparing to place the order for the marijuana for the study,” Burge said in an email to Military Times.

Colorado in 2014 awarded a $2 million grant to MAPS for the research and at the same time gave an additional $5.6 million to several other organizations to support medical marijuana studies.

The research first received approval in March 2014 from the Health and Human Services Department and was set to get underway at the University of Arizona and other locations within a year. But the program was delayed after the Tucson, Arizona, school terminated the contract of Dr. Sue Sisley, who was then the primary researcher on the program.

Marcel Bonn-Miller with the University of Pennsylvania Perelman School of Medicine is now overseeing the project, with Sisley running half the study in Arizona and Ryan Vandrey overseeing the other half at Johns Hopkins University in Baltimore, Maryland.

Work also will be conducted at the University of Colorado School of Medicine.

Participants will include 76 veterans who have treatment-resistant PTSD. The study will use marijuana of various strains and potency for comparison purposes.

The use of medical marijuana to treat PTSD remains controversial because while some veterans say the plant eases their symptoms and has allowed them to stop using prescription medications, very little scientific research supports these claims.

Advocates say the research will fill a much-needed gap in medical literature.

“This is a critical step in moving our botanical drug development program forward at the federal level to gather information on the dosing, risks, and benefits of smoked marijuana for PTSD symptoms,” said Amy Emerson, director of clinical research for the MAPS Public Benefit Corporation.