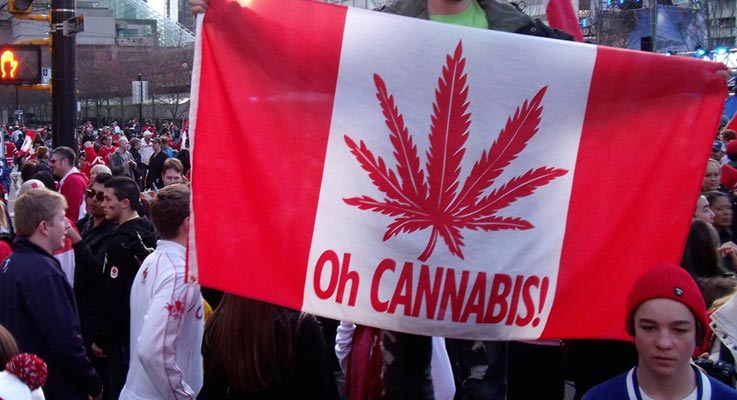 The federal government will have to mull a new system to distribute medical marijuana and Canada’s multi-million dollar cannabis industry was thrown into flux Wednesday after a judge ruled patients can grow their pot at home.

Federal Court Judge Michael Phelan struck down a law introduced by the former Conservative government that required patients to buy cannabis through the mail from licensed producers, writing it was an “arbitrary and overbroad” violation of charter rights.

He suspended his decision for six months to allow the Liberal government time to craft new legislation. The federal government has 30 days to appeal.

“It’s a victory for not just medical cannabis patients, but really all Canadians,” said Kirk Tousaw, a lawyer who represented the four British Columbia plaintiffs in the constitutional challenge.

Canadians who use cannabis for illness or pain have faced regulatory upheaval in recent years. The old Medical Marijuana Access Regulations allowed licence-holders to grow pot themselves or find designated growers.

The former Conservative government nixed those rules in 2013 when it introduced the Marijuana for Medical Purposes Regulations, which required patients to order cannabis from commercial producers.

A court injunction has kept the old program alive for about 28,000 licence holders. Phelan extended that injunction on Wednesday until a further court order.

The system created by the Tory regulations has grown into a booming industry with more than 20 licensed producers. While Phelan’s decision changes nothing in the short-term, it breeds uncertainty about the future of the fledgling medical-pot business.

Mark Zekulin, president of Tweed Marijuana Inc., a subsidiary of Canopy, said the company is valued at $250 million to $300 million and employs more than 200 people. He said he doesn’t expect the Liberal government to scrap the licensed-producer system entirely.

“We’ve built a world-class facility … and are producing very high-quality product that you can’t get anywhere else,” he said. “I don’t think six months from now it’s just going to get shuttered and people are going to be out of jobs.”

“We’re all allowed to grow tomatoes and cucumbers at home, but how many of us do?” he asked.

Health Minister Jane Philpott said she was reviewing the decision with the Justice Department and it’s too early to say whether the government would appeal.

“We are obliged to ensure that Canadians who need access to medical marijuana can do so,” she told reporters in Ottawa. “We’re going to have to completely review the regulations.”

The Liberals have committed to legalizing recreational marijuana but have said little about their plans for medical cannabis. Philpott said the two should be treated as “separate issues.”

John Conroy, lead counsel for the plaintiffs, urged the government to get to work quickly on crafting new legislation. He said marijuana dispensaries, which have sprung up in large numbers in Vancouver and Toronto despite being illegal, should be included in the regime.

“All of these allegations about mould, fire, home invasion, public safety are all things that can be dealt with,” he said. “They had virtually no evidence to support those types of problems in legal operations.”

Shawn Davey, one of the four representative plaintiffs, said he couldn’t afford the amount of cannabis he needs under the rules brought in by the Conservatives.

“Marijuana has helped me 110 per cent,” said Davey, who suffered a severe brain injury after being hit by a truck while riding his motorcycle. “(Pharmaceutical drugs) make me feel like nothing but crap. This makes me feel like heaven.”