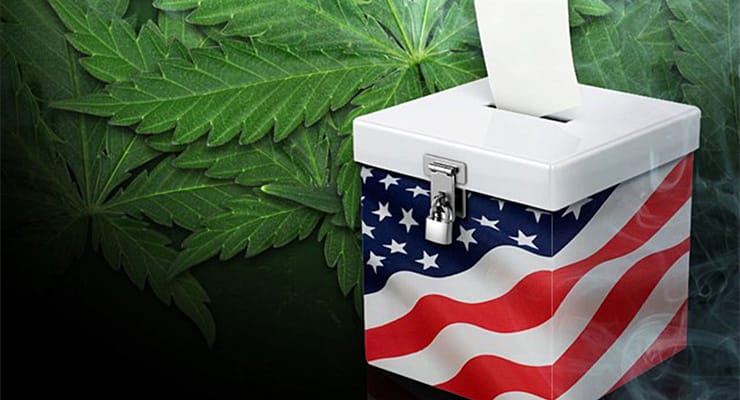 With interest in topics like “marijuana” and “cannabis” hitting all-time high levels according to Google Trends, nine states in the U.S. will vote on marijuana measures in the world’s most important general election Nov. 8, according to the Ballot Initiative Strategy Center

Voters in California, Florida, Nevada, Massachusetts, Maine, Arizona, and Arkansas will definitely be casting a ballot to affect cannabis policy in their state. Voters in Missouri, Montana, and North Dakota have submitted signatures to place marijuana proposals on the ballot, while Oklahoma has cleared to circulate a last-minute measure.

In California, philanthropist/technologist Sean Parker has augmented his efforts to help cure cancer with another $1.25 million this month for Prop 64 – a coalition measure to legalize one ounce in public and six plants in private in the world’s seventh largest economy. Prop 64 added the endorsement of major cannabis rapper Smoke DZA, as well as the major union the UFCW in recent weeks.

In Florida, anti-medical marijuana attack ads funded by GOP super-funder Sheldon Adelson are taking aim at a proposal supported by a super-majority of voters there. Florida’s one percent denied its poorest citizens access to the safe analgesic last election.

In Nevada, Adelson bought the major newspaper Las Vegas Review-Journal and re-educated its editorial board to reverse their pro-legalization stance. The publisher took credit for reversing the publication’s position, and said the Adelson family was not involved.

In Massachusetts, activists have raised enough signatures and won state Supreme Court approval of their ballot language for the ‘Legalization, Regulation, and Taxation of Marijuana’ this month.

In Maine, legalization will be the first question on the ballot. Marijuana Policy Project director Rob Kampia told canna-business people in Oakland in June that Maine legalizers have both little opposition and little funding.

In Arizona, voters there are set to decide on graduating from medical regulations to adult-use, though police will still be able to conduct searches based on cannabis smell alone, the state’s Supreme Court ruled this month.

And in Arkansas , Arkansans for Compassionate Care will take their proposal to the ballot box – part of the final push of medical cannabis into midwest and southern holdouts.

Ohio lawmakers already approved medical marijuana legalization this year rather than have the debate stink up the Republican Convention, Kampia said.

Cannabis is a losing issue for conservatives – whose old guard are adamantly anti-pot, while the party’s future base widely supports legalization. This month, the GOP failed to add legalization to its party plank, while Democrats did. 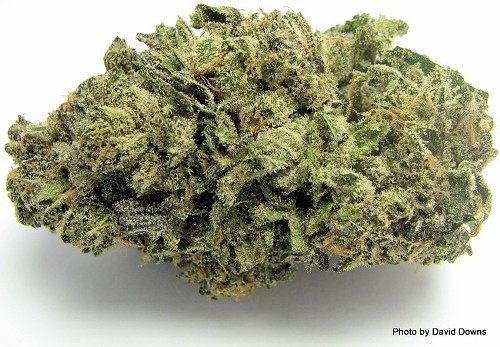