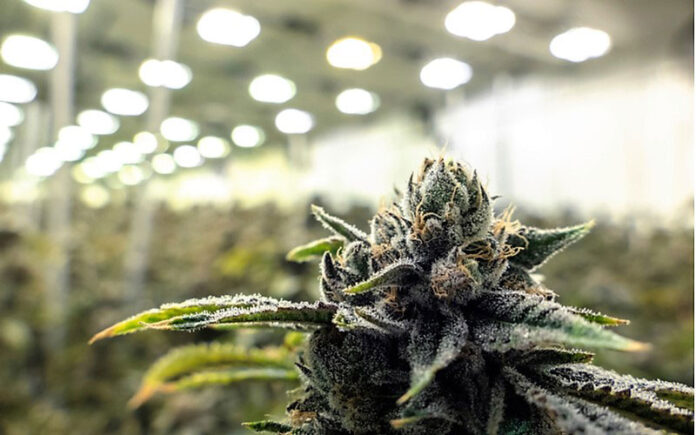 Nevada’s Cannabis Compliance Board has approved a penalty that the board’s executive director says appears to be the largest in state history against a marijuana company.

The board approved an agreement at its meeting Tuesday that revokes licenses from CW Nevada, and forces the company to pay $1.25 million in penalties to settle allegations that the company had large quantities of marijuana off-the-books, sold cannabis that appeared to be untested and destroyed evidence.

The company, which had 14 licenses for “Canopi” branded dispensaries, cultivation facilities and other business operations in Las Vegas and Pahrump, became the subject of a state investigation in 2018 after it fell behind on taxes, according to a complaint.

Inspectors later accused the company of a host of other violations, including illegally moving marijuana around and failing to maintain video surveillance that would document product movements, as well as for inaccuracies in record-keeping in the state’s seed-to-sale tracking system METRC.

According to the complaint, during less than three months in 2019, the company sold 1,793 products that did not have a certificate of analysis indicating they were laboratory tested. The company also allegedly had more than 4,100 marijuana plants that were not registered in the state’s tracking database.

The state has since destroyed all the “untagged” marijuana and cannabis products.

While six of CW Nevada’s marijuana licenses have been revoked, eight remain active. A court-appointed receiver has been directed to sell the active licenses within the next six months to help pay CW Nevada’s debts, including more than $1 million the labor commissioner says the company owes to its employees.

As of March, the company owes the state back taxes of more than $1.5 million, and various others have made claims against the company totaling nearly $207 million. Of that, the receiver has determined that about $32 million of those claims are allowable.

The agreement says the state will continue to pursue civil penalties and fines against majority owner and manager Brian Padgett individually, as well as revoking his marijuana agent card. Padgett did not return a request for comment on the matter on Tuesday.

Receiver Dotan Melech submitted public comment in support of the settlement, saying it strikes a balance between disciplining the company and enabling the company to recoup some of the money owed to its creditors. Melech noted that in addition to the penalty, the value of the licenses that were revoked is about $4.5 million to $6.75 million, and the company will be dissolved at the end of the receivership.

Another party that says CW Nevada did not fulfill its end of a joint venture agreement — Nuveda — argued that the settlement did not go far enough to address the alleged misconduct, and sought a delay in approving the settlement. The board approved the agreement in spite of that request.

Craig Slater, attorney for about 60 of CW Nevada’s former employees who had been making $12 to $18 an hour before pay stopped, said he supported the settlement because it represented an opportunity for his clients to finally recoup wages that are more than a year overdue. He said some had continued to work for the company because they felt it was the only way they might at some point get their back pay.

“CW Nevada’s failure to pay my clients the wages due and owing is wreaking havoc on my clients,” Slater wrote. “Many of my clients fell behind in their bills and have yet to fully recover from the devastation.”