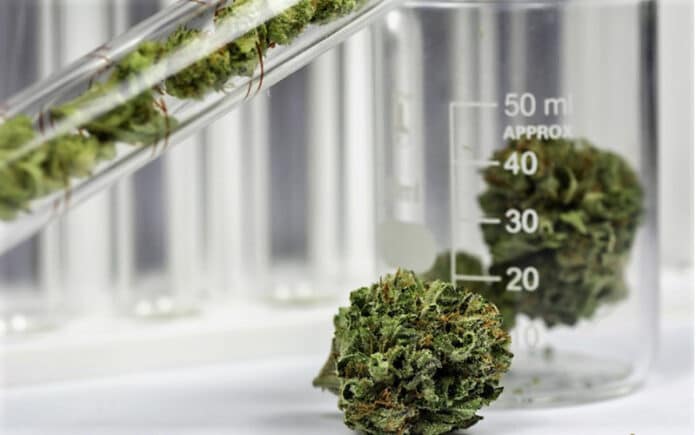 The House on Wednesday passed a bill that would make it easier for scientists to conduct marijuana research in states where the drug is legal.

The bill passed on a voice vote with strong bipartisan support.

It’s the second piece of marijuana legislation passed by the Democratic-controlled chamber in recent days. On Friday, the House passed a landmark bill that would end federal marijuana penalties and erase some past convictions.

What’s the context? Lawmakers from both sides of the aisle agree that more research into the health effects of marijuana is needed. The bill is co-sponsored by two lawmakers who stand at opposite ends of the spectrum on marijuana legalization: Rep. Earl Blumenauer (D-Ore.) is the unofficial cannabis czar on Capitol Hill, while Rep. Andy Harris (R-Md.) is known for his work on an appropriations rider that restricts Washington D.C. from taxing and regulating a marijuana market.

What does this bill do? Marijuana research now is limited to being based on a few variations grown by the University of Mississippi, the only entity that can legally grow marijuana under federal law for research. Scientists have complained for years that what is grown for research doesn’t resemble the marijuana used in the real world.

The DEA has never licensed other research cultivators. In 2016, the agency said it would authorize other growers to help facilitate research. It has received 37 applications, and said in August 2019 that it would move forward with processing those applications. But no other growers have been greenlighted, and the lack of action on those applications has prompted lawsuits from two applicants.

A proposed rule on research marijuana earlier this year drew criticism from advocates and researchers, in part because it would make the DEA the centralized distributor of all research marijuana. A lawsuit from one of the applicants compelled the agency to release the legal basis for the rule: The DEA arrangement with Ole Miss has been violating an international drug treaty this whole time, said a 2018 DOJ memo. It’s unclear when the agency will publish a final rule.

The bill would amend the Controlled Substances Act to remove limitations on researching marijuana and create a new research structure for the drug. The bill directs HHS and DOJ to create a program that would license additional producers and manufacturers of research marijuana. Researchers with federal licenses could use that marijuana for FDA-approved research. The legislation also would speed up the wait times for research marijuana cultivation applications and reduce some of the cumbersome regulations that researchers face when trying to get approval to study marijuana.

President-elect Joe Biden recently announced that he plans to nominate California Attorney General Xavier Becerra for HHS secretary. Becerra has a pro-marijuana track record, and his home state has a number of universities already studying cannabis, including UCLA, UC Berkley and UC San Diego. Biden has not announced who he plans to nominate for attorney general, but that person would have a hand in registering additional growers and developing additional processes to expand research under the bill.

What’s next? The Senate is unlikely to bring the bill up for a vote in the final days of this Congress, but its passage sets a marker for the next session.

MedMen On The Verge Of Collapse

The FDA Refuse To Regulate CBD