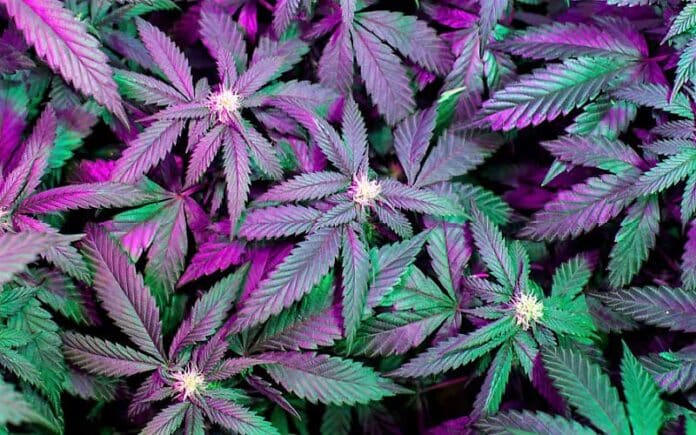 The Illinois Marijuana Industry Was Supposed to Bring Equity. Advocates Say Those Promises Are Falling Short

Illinois was supposed to be the national model when government leaders pledged they’d use the 2020 legalization of marijuana to right the wrongs of the war on drugs that disproportionately harmed Black and Latino communities.

“To our governor, to our lawmakers, we are in a state of emergency right now. Without getting these funds and getting these rules changed, and the legislation changed, all these people behind me who have businesses are going to suffer,” said Douglas Kelly, leader of the Cannabis Equity Illinois Coalition at a press conference Tuesday. “To the Black and Latino Caucus, Progressive Caucus, we must come together to win this war.”

This summer marked what was to have been a turning point.

After lawsuits that delayed the state’s highly-competitive social equity process, in mid-August Illinois finished awarded 185 licenses for cannabis dispensaries. Social equity license winners had to meet specific criteria, including that a majority of owners either reside in areas the state deems disadvantaged, were arrested or convicted of certain cannabis-related offenses, or had a relative who was.

New dispensaries were never expected to open right away. Still, Kelly said none have so far.

The clock is ticking.

The licenses are only conditional. License holders have 180 days to meet further state requirements and to get up and running (though they can extend that if they’re unable to lock down a location).

But many license owners say they’re having a rough go at it. They say things changed during their long wait, and original funders and partners moved on.

Yet they’re unable to secure new investors to provide capital because Illinois doesn’t allow changes to the ownership group on the application.

Gov. J.B. Pritzker’s administration and others are concerned that predatory lenders will try to sweep in and that new partners will dilute social equity ownership, undercutting the prerogative of supporting Black and Brown entrepreneurs.

“It’s wrong for anybody – in rulemaking, or in the governor’s people’s interpretation of the law, to say we can’t do business with White folk. I like White people. Why can’t I do business with a white person who wants to come into my business and give me a fair deal? What’s wrong with that? It’s the American way,” Hendon said.

Hendon says he didn’t get into the cannabis business only to sell out, but banks offering loans at 18& or 19% is too high.

He and other social equity licensees say companies that got a years-long head start are greedy and are trying to keep social equity businesses out of both the retail business as well as what’s known as cannabis “craft grow.”

Craft growers say that’s too small given how expensive it is to build a cultivation facility, and that investors are fleeing.

“Many stand to not make it, and those who do stand to lose a majority of their equity ownership. We cannot let this happen. Instead we call upon our legislative bodies to hold up to the promises made, to the legislative representation for social equity license holders to thrive,” said Lisbeth Vargas-Jaimes of the Illinois Independent Craft Growers Association.

The group pushed for a law that would allow them to immediately expand their canopy space, but again blame the big marijuana companies, including the behemoth multi-state-operators, for stunting legislation during the spring legislative session that would have allowed it.

“I’m tired of groups who do not look like us, represent us or our interests, dictate what we need,” said Jordan Melendez of the South and West Side Coalition for Change. “It is impossible to support the inclusion of minority entrepreneurs while simultaneously opposing legislative efforts to attract investors and make craft growers and other cannabis enterprises economically viable.”

The Cannabis Business Association of Illinois represents many of the multi-state-operators as well as other marijuana businesses.

Its director, former state senator Pam Althoff, disputes claims the group tried to kill legislation that would have allowed craft growers to expand.

She said the Department of Agriculture is supposed to conduct a study on demand for raw cannabis.

“The association actually looks forward to working with our newer colleagues in making the industry successful and being a partner,” Althoff said, adding that many businesses have incubator programs to support people of color looking to break into the cannabis space.

When it comes to allowing social equity licensees to switch up partners and investors, Althoff said the decision is up to regulators.

“As long as the 51% criteria remains in place — 51% has to be social equity — as long as that’s in place, my association would not object,” she said. “The association has taken no steps to derail or to block any of these efforts.”

But they say they’ve got issues too.

They’re seeking state approval to be able to produce their own raw materials, versus having to buy cannabis oil from other companies.

“The same multi-state operators who have lobbied against our interests and delayed this program are the same ones we are being asked to depend on for the very core of our business,” infuser partner Kalee Hooghkirk said. “Infusers are being asked to pay $20,000 per liters that cost $4-$7,000 in states with similar programs. This is unacceptable. The future of our operations should not rest in the hands of those who have only wished to see us fail, and by those who look for every opportunity to gouge their competition out of business.”

Althoff said it’s a chicken vs. egg scenario, given that companies that operate dispensaries can’t yet buy from new infusers because they’re not yet open.

Social equity applicants say the state was supposed to come through with government funding to help them get on their feet, but said that so far zero dollars have been awarded.

When it does, they’re asking that a requirement funding be used exclusively to support operations be waived so they can use it for construction — saying they need money for construction first so they’re able to get up and running.

A spokesperson for the Department of Commerce and Economic Opportunity did not respond to specific questions about the Cannabis Social Equity Loan Program, including how much money will be available, when it will be allocated, and whether any has been granted.

“Overcoming structural inequities in the industry through our partnerships with financial institutions has been challenging due to the complexity of navigating a new industry that remains illegal under federal law. DCEO remains fully committed to the program’s mission of increasing equity in the cannabis industry, and continues to engage social equity licensees and work through these challenges,” spokesperson Emily Bolton said in an emailed statement. “Looking ahead, DCEO is evaluating program improvements to help expedite access to capital.”

CBAI and the social equity licensees are on the same page that Illinois’ configuration for overseeing the marijuana industry is confusing, because it is spread over multiple agencies.

Althoff said CBAI also sees it as a “key priority” or Illinois to decouple from a federal tax provision. Because cannabis is still an “illicit” substance at the federal level, Illinois cannabis companies cannot take tax deductions for business expenses.

The tax deduction would mean they’d have more money to invest back in their businesses – something Althoff said would also benefit social equity licensees.

“That would make new license holders successful,” she said.