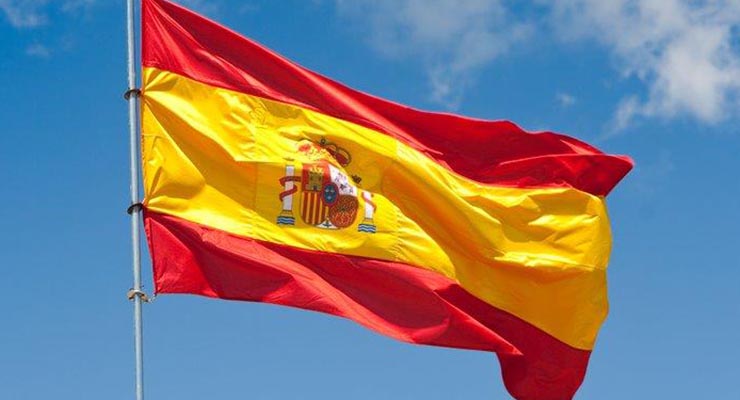 It’s a pleasant summer evening in Barcelona’s Gothic Quarter. The plazas are bustling, and it seems every bit of storefront is a bar or a restaurant. But one inconspicuous door opens to a different kind of place.

The sign says “Smokers’ Club” in English. A small surveillance camera watches over the door.

Inside, artsy drawings hang on a brick wall. A hall leads to a chill-out area, where mostly young people are sitting on low couches, chatting, drinking and smoking. There are TVs, a DJ booth and a little bar in the back.

This might look and feel like any cafe, if it weren’t for the funk of marijuana in the air – what they’re smoking are joints of cannabis, obtained from a small dispensary next to the bar. A contribution of 10 euros ($11.25) will get you between 1 and 3 grams, depending on the strain. That’s the lingo in these nonprofit cannabis clubs.

In northeastern Spain, Barcelona and the greater Catalonia region are famous for things like wine, amazing architecture, their own proud language and rebellious culture. And soon, the region could gain fame for something new: marijuana regulation.

An initiative in the Catalan parliament aims to drag smoking pot out from a shadowy area of the law, and allow club members to legally grow and share their weed among themselves – but not with nonmembers or tourists.

“[Cannabis] is a soft drug. Meeting friends for a few glasses of wine is like meeting here,” says Laia O., a 33-year-old tattoo artist and a member of the club in the Gothic Quarter, who doesn’t want to reveal her last name. “Besides, here you know the quality, you know what you are smoking.”

This club is one of the 268 members-only cannabis associations registered in Barcelona. It’s estimated there are more than 200,000 members in the city of 1.6 million people.

Some clubs are like this one: cafe-like and cozy, art on the walls, books and board games. But most are smaller and simpler; little more than an indoor space where folks get their pot privately and safely.

They’re not like Amsterdam’s coffee shops, or Colorado’s dispensaries for that matter. Here, to join a club you have to be personally sponsored by a member. Then you wait, sometimes days, before you’re allowed to have any pot. No outsiders are permitted. Tourists are usually not welcome. And in almost every case, you would pass by a club’s door and not even notice it.

In Spain, marijuana is actually illegal, and that includes for medical use. But the clubs are protected by two facts: Private consumption isn’t penalized, and the right to associate is constitutionally guaranteed.

The clubs function as nonprofit associations. Members pay a small annual fee and pool money to fund the operation, each according to how much weed they commit to (usually capped at 100 grams per month). This means there’s technically no selling or buying involved, according to the clubs, and consumption is private as long as the pot doesn’t leave the premises.

However, they do foray into criminality while growing, processing and transporting marijuana. In the last couple of years, the authorities have shut down several clubs and convicted their officers of drug trafficking or other offenses. Usually officials had found a big plantation and then a judge ruled the club couldn’t guarantee weed wouldn’t reach outside nonmembers.

“That we can open and run this place but we can’t grow [cannabis] is like telling a baker he can sell bread but can get no flour,” complains W., a 51-year-old club officer who doesn’t want to reveal his name.

This situation could change. This month, Catalonia’s parliament began reviewing a citizens’ proposal to regulate the clubs and allow them to grow, process, transport and distribute marijuana in a controlled way, under a not-for-profit model.

The draft also proposes to regulate medical marijuana distribution in the clubs. And, to stop pot tourism, it requires new club members to wait 15 days to get weed.

The initiative – called La Rosa Verda in Catalan, or The Green Rose – has wide backing. Even Barcelona parent-teacher associations openly support it; they say they have far bigger substance abuse problems with tobacco and alcohol near schools.

All but 11 of the 135 regional legislators are in favor of the proposal, which activists are confident will be passed next year. If so, it would be the first such law in Europe as things stand today.

Even in the Netherlands, growing, processing, transporting and selling cannabis are not legal, but distributing small amounts in coffee shops is tolerated by the authorities.

Conservative lawmakers among the 11 dissenters condemn the initiative as drug “legalization,” and they say that’s just wrong.

“Information campaigns about the effects of drugs, especially for the young, and the fight against drug cartels, must continue,” Alberto Villagrasa, a Popular Party legislator, said in the Catalan parliament in late July. “But to legalize [drug] consumption gives the wrong message to society.”

“To legalize [drug] consumption gives the wrong message to society,” Alberto Villagrasa, one of the few lawmakers who oppose the initiative.

However, the initiative would not legalize marijuana outright – regional officials in Spain don’t have the authority do that, although some wish they did.

The Green Rose is the result of more than 20 years of activism, after the first cannabis association tried to grow pot collectively for private use in 1993. Its officers were found guilty of drug-related offenses. But from then on, the nonprofit association model developed slowly after years of trial and error, and cat and mouse with the authorities.

At the end of 2008, there were reportedly just 12 cannabis clubs in all of Spain. By mid-2014 there were about 300 clubs – in Barcelona alone, reportedly taking in 5 million euros a month.

Some of the clubs were in it just for the money, advertising to tourists and selling weed illegally. Local authorities were alarmed and launched an offensive that closed 49 clubs.

“[The rise of greedy clubs] screws up what we’re asking for from an ideological and social standpoint. There’s no place in our society to get rich with [these clubs],” says Eloi Esposito, spokesperson for a group whose name translates to “We Are What We Grow,” a platform developed by Catalonia’s clubs to push for legal recognition of nonprofit pot.

Esposito’s club in Barcelona’s Gracia neighborhood couldn’t be more different from the big ones in the city center. It looks like somebody’s living room. There’s no space for a bar or commercial activity. And medical marijuana products are available.

Many are closely watching places like Colorado, where dispensaries sold $720 million in cannabis products in the first seven months of 2016, according to figures from the Colorado Department of Revenue and the Denver Post.

Once regulated, some worry Catalonia’s marijuana industry will attract profit-hungry enterprises that could gobble up the sector.

“Our mission is also about fighting for the recognition of the association model,” Esposito says, “for this to have a place alongside the commercial one.” 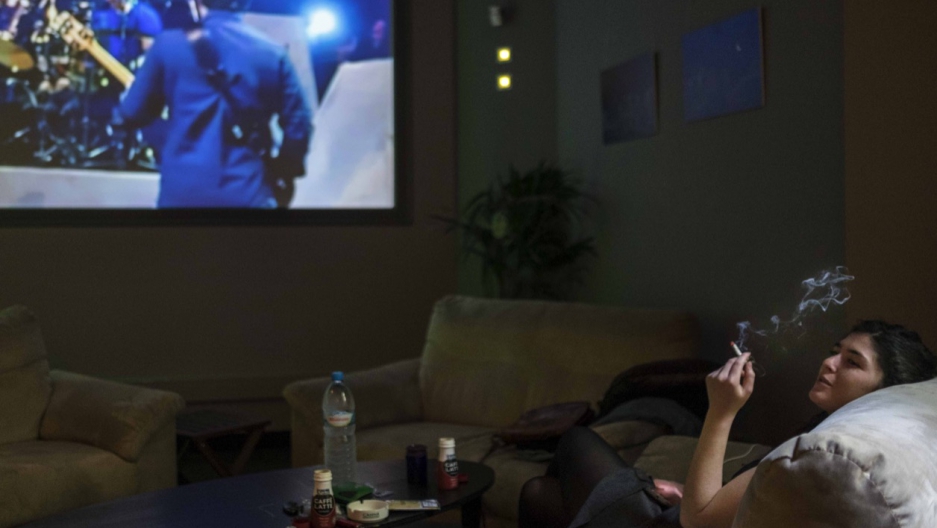