Marijuana is going the way of Tupperware. But this isn’t your mother’s Tupperware party.

In fact, everything about the gathering Sunday afternoon, Jan. 21, at an Irvine mansion, was rather extraordinary – from the rock star who headlined it, to the crowd of well-heeled women, to the cannabis products for sale on a table alongside the infinity pool.

Singer Melissa Etheridge showed up to share her enthusiasm for medicinal marijuana, which helped get her through chemotherapy while battling breast cancer 14 years ago.

Tamar Maritz, 30, a consultant for the cannabis industry, borrowed her parents’ house in an exclusive gated community to host the party. She also borrowed their address book, inviting her mom’s cadre of friends — most of them in their sixties.

“My parents don’t use marijuana, but they are totally supportive,” Maritz said.

Recreational marijuana sales in California became legal Jan. 1 per voter-approved Proposition 64. However, although edibles were available for munching, they were not for purchase, said Frances Schauwecker, founder of Mary Jane University, which organizes cannabis parties.

“That would not be legal as of yet,” she said.

Cannabis parties provide a platform for educating the public about not only the benefits of marijuana but also safe and effective consumption, Maritz said.

“Imagine if you had never been exposed to alcohol and someone put a bottle of vodka in front of you,” she said. “You would wonder, ‘OK, do I take one sip or drink the whole bottle or what?’ It’s the same with marijuana: ‘Do I take one milligram or 50?’”

Around 80 attendees filtered in, many peeling off for an animated chat with Etheridge about her music.

In 2015, the Grammy-winning performer launched a Santa Cruz-based business, Etheridge Farms, which sells cannabis-related items such as balms and oils.

But rather than for the purpose of marketing her own line, Etheridge came to the party to lend moral support to other entrepreneurs — who were peddling cannabis jewelry, salves and creams.

Jeanine Moss, 63, displayed her selection of leather wallets and purses that conceal the odor of marijuana — not from narcotics-sniffing dogs, she clarified, but from judgmental humans.

“Some people still frown upon marijuana,” she said.

It’s a stigma that Etheridge aims to erase. “I love the idea of bringing information to what is known as a conservative community,” she said. “We are witnessing a societal shift in how we think about marijuana.”

The remnants of that stigma were evident at the party. Guests laughed with each other about their younger-day experiences with weed, but declined to give their last names for publication citing their professions: lawyer, doctor, financial planner.

“I used to go to Tupperware parties just to buy more lids for the lids I kept losing,” said Leslie, a 63-year-old Newport Beach physician as she scanned the goods. “And here I am again at a party that’s about lids.” (For those under 50, a lid is a hippy-era term for an ounce of marijuana.)

“We have drug testing every month at my job,” said “H.D.” a 65-year-old Corona del Mar resident and federal employee. “But I’m about to retire, and then I’m definitely going to start smoking dope again. These marijuana businesses have perfect timing. A huge age group who has a happy history of using marijuana is entering the world of aches and pains.”

“When you’re menopausal,” she said, “you need all the help you can get.” 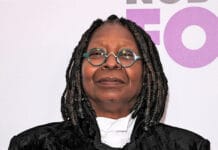