Cannabis activists say that while they’ve succeeded in helping to push for marijuana legalization across the country, their work is far from over.

The federal government has committed to making recreational cannabis legal by July 1, 2018, but has tasked provincial governments with establishing their own business and regulatory models that will make the new legislation a reality.

Activists say they need only look at the early versions of provincial plans to find targets for future campaigns.

They say provinces such as Ontario, which plans to levy fines of up to $1 million on businesses that illegally sell recreational weed, are wrong to try and monopolize marijuana sales and should allow storefront dispensaries to operate.

Others say they plan to crusade for medical marijuana users, who they feel are being left behind as legalization moves ahead.

Still more say their efforts will involve pushing for relaxed consumption rules, such as marijuana licenses for restaurants and other public spaces.

While nearly all see the proposed legislative frameworks as flawed, they do believe legalization will allow a previously marginalized group a more prominent place in the conversation around cannabis use.

Policies will need to evolve

Lisa Campbell of the Ontario Cannabis Consumer Retail Alliance said marijuana activists were once shunned for the cause they championed and were even actively excluded from governmental consultation processes.

Once recreational cannabis is legal, however, she said she and others will push to work directly with government to shape more effective policies on everything from dispensaries to the availability of edible products.

“I think we’re seeing a lot of potential for engaging policy-makers so that whatever the next government is in Ontario, they have some sound, evidence-based policy to move forward.”

Campbell said she and others have already teamed up with official lobbyist organizations to ensure they have a seat at the table the next time policy matters come up for discussion.

For Abi Roach, owner of a cannabis lounge in Toronto, the fight will center on an effort to create safe public spaces for cannabis consumption.

Ontario’s current proposals ban the use of recreational marijuana in public spaces or workplaces, shutting the door on the possibility of licensing establishments to offer cannabis on the premises.

Roach takes exception to the approach, fearing it will put cannabis users at risk. Lounges and other such businesses can educate customers on safe cannabis use and steer them toward safer consumption alternatives such as using vaporizers, she said.

Opportunities to educate customers are plentiful, she said, since lounges typically don’t sell cannabis and focus instead on helping customers enjoy the product in comfort and safety.

She said she and like-minded advocates will be pushing the harm-reduction aspects of their cause once cannabis is legalized. For now, though, she said she sees her day job running the Hotbox Café as the best form of advocacy she can perform.

“The biggest activism that I do is opening the door to my shop every morning and serving my first customer,” she said.

Medical marijuana use will be the focus for Toronto-based advocate Tania Cyalume, who feels emerging legislation has overlooked their needs.

She said storefront dispensaries staffed by knowledgeable employees are essential for medical patients, adding a government-controlled cannabis retailer, like the ones proposed for Ontario and New Brunswick, won’t be able to address the clientele’s more complex needs.

Cyalume said she plans to push for looser regulations on dispensaries, which the Ontario government has “officially put on notice,” but said she also hopes to speak up for cannabis users who can’t often advocate for themselves.

“It’s really hard for sick people, for example with anxiety or agoraphobia, they’re not going to come and advocate for their own use,” she said. “I feel they’re misrepresented in terms of advocacy.”

Activism efforts may be confined to the grass-roots level in the early days of legalization, but Vancouver-based advocate Dana Larsen said he foresees more public efforts in the years ahead as people adjust to the new regulations and stake out new battlegrounds.

“By 2019, I expect that there will be several cases in the court trying to change the cannabis laws,” he said.

Court proceedings will only be one piece of the puzzle, he said, adding those bent on change can also lobby governments, stage civil disruptions or run for public office themselves. 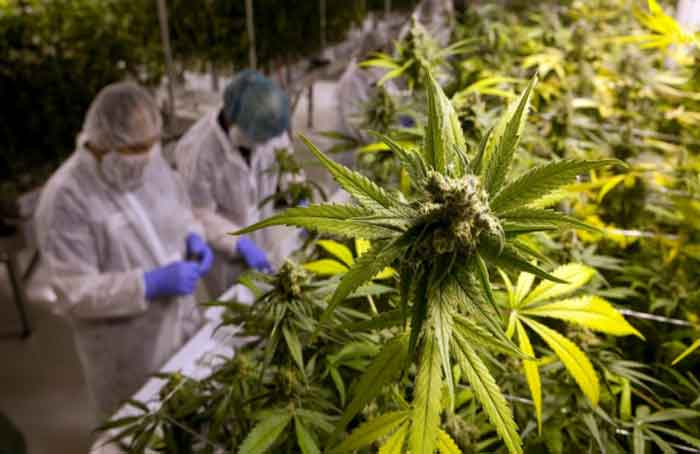