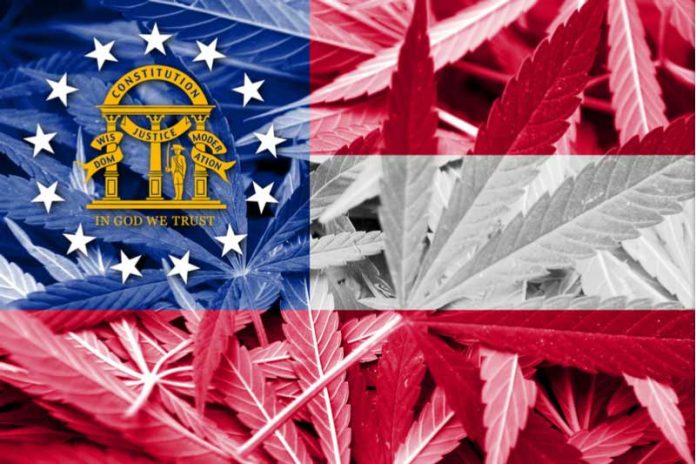 It’s still illegal to buy or transport cannabis oil in Georgia, even though the state authorized registered patients to use it three years ago.

That could soon change.

Georgia legislators are holding the first in a series of public meetings this month about how to improve access to cannabis oil. The meetings of the Low THC Medical Oil Access Commission could result in legislation to change Georgia’s medical marijuana law next year.

“The whole point of this commission is to figure out how we’re going to legally get this medicine in patients’ hands, because currently there’s no legal way to do it,” said state Sen. Matt Brass, R-Newnan, the commission’s co-chairman.

The Georgia General Assembly didn’t pass a bill this year that would have legalized harvesting and distribution of cannabis oil under government supervision.

“It’s impossible to meet with families whose children struggle with paralyzing illnesses and not leave convinced that the state of Georgia must be a place where government doesn’t block medications proven to help patients,” said Lt. Gov. Casey Cagle, the president of the state Senate. “I’ve been very clear — I’m 100 percent opposed to legalizing marijuana. However, I am fully committed to helping children, veterans, and all Georgians struggling with devastating health challenges.”

Under Georgia’s medical marijuana law, patients approved by a physician can possess small amounts of cannabis oil to treat more than a dozen conditions, including late-stage cancer and seizure disorders. The Georgia General Assembly expanded the law this year to add post-traumatic stress disorder and intractable pain to the list of eligible conditions.

The candidates for governor, Republican Brian Kemp and Democrat Stacey Abrams, differ in their approaches to expansion of marijuana in Georgia.

Kemp said that if he’s elected, he would take the study commission’s advice about the state’s medical marijuana program.

“If there’s research there that shows an expansion that could even lead to cultivation,” Kemp said last month, “I’d definitely be open and supportive to doing that.”

Abrams has said she would go further by seeking to decriminalize some marijuana-related offenses and expand in-state cultivation, which she said could combat prescription drug abuse.

“As Georgia has already allowed the use of cannabis oil, we support cannabis oil and medical marijuana cultivation,” according to her campaign website.

The Low THC Medical Oil Access Commission will hold its first meeting Aug. 29 at the Georgia Capitol, where the commission will hear from patients, parents and organizations. Later meetings will include testimony from law enforcement agencies, doctors and farmers.

A final report will be completed before the end of the year with recommendations for legislation.