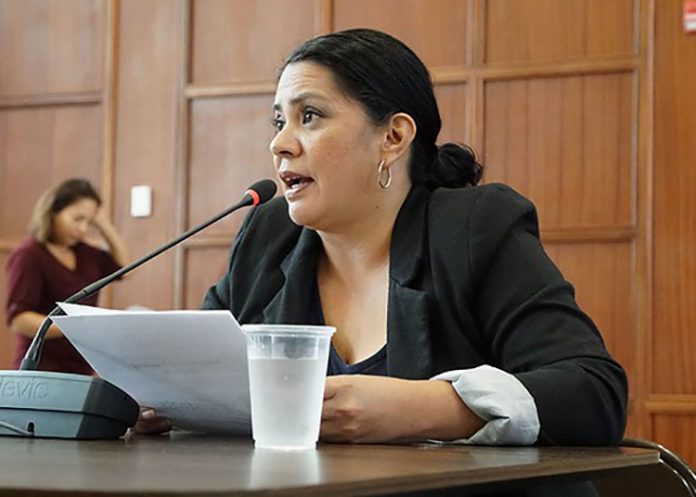 In Washington on Thursday, Attorney General Jeff Sessions rescinded the so-called Cole Memo, which recommended a policy of federal noninterference in marijuana-friendly jurisdictions.

Pellacani pointed out that most medicinal marijuana, and other cannabis-legalization programs across the nation, were the result of voter initiatives.

“So it’s a clear sign that this is what the people want,” and Sessions’ decision goes against that, she said.

Guam cannabis advocate August Fest also weighed in, calling Sessions’ decision “foolish.” He also pointed out that it has angered many members of Congress, senators and governors in marijuana-friendly states.

While many states have decriminalized marijuana use, the drug remains illegal under federal law.

The shift away from a hands-off approach could trigger increased federal prosecution against jurisdictions that now allow marijuana possession and use, for both recreational and medicinal purposes.

However, Pellacani said that will happen only if the Rohrabacher-Blumenauer amendment is not renewed, and that’s her biggest concern.

The Rohrabacher-Blumenauer amendment blocks the Justice Department from using federal tax dollars to go after states that have legalized marijuana. It is set to expire later this month.

“This amendment specifically includes Guam,” Pellacani said. “The amendment is included in the Senate’s version of the current appropriations bill, but not the House version.”

If the amendment is not renewed, Pellacani warned, Attorney General Sessions would be free to direct the Justice Department to once again provide funding for the enforcement of federal laws against the use of marijuana.

Right now his hands are still tied, she said. Despite rescinding the Cole Memo, Pellacani said, Sessions can’t act against marijuana-friendly jurisdictions because he’s not authorized to spend money on enforcement efforts in that area.

The amendment has been included in federal budgets since 2014 and has allowed the cannabis industry to operate without being prosecuted by the Justice Department.

Grassroots Guam has pushed hard for implementation of Guam’s own medicinal marijuana law, which was approved in a November 2014 voter referendum.

However, the island still is struggling to implement its program. Despite revisions to the original law, and newly proposed rules and regulations, implementation is not in sight.

New Jersey’s Path To Legal Marijuana Could Take A Turn