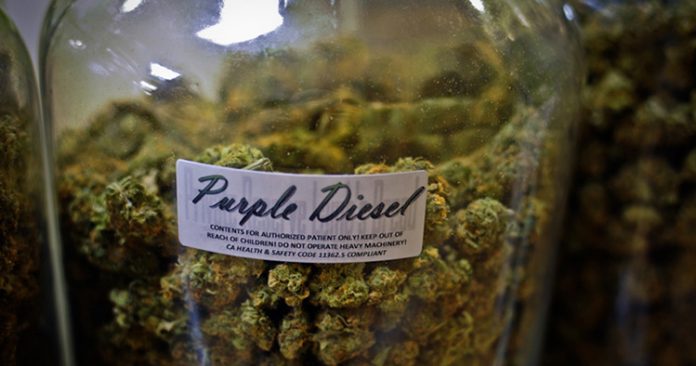 The possibility of recreational marijuana sales in this border community has divided its city council, who have now put an ordinance allowing for it on hold.

During a council meeting Tuesday night, some wanted to move forward with allowing recreational cannabis sales on the Utah-Nevada border while others had concerns.

“I just think it’s too premature to make a decision on the recreational marijuana at this point,” said Councilman John Hanson.

Councilwoman Jasie Holm worried about allowing a dispensary to set up — but not sell recreational cannabis like others in Nevada.

“I don’t think we’re being very business friendly on the situation at all,” she said.

In 2016, Nevada voters approved recreational marijuana sales, which have generated millions in sales and taxes. The West Wendover City Council originally voted last year to allow medical marijuana, with the potential to expand its ordinance for recreational marijuana. Recently, the city’s plans for a dispensary hit a hiccup when their ordinances and regulations were too strict for Nevada’s standards.

Councilman Nick Flores wanted to wait to see what happened with medical marijuana before moving ahead with recreational sales.

“We haven’t established anything yet to find out what the impact is on a small community like Wendover. This should not be an option prior to us having an experience with medical marijuana,” he said.

Seemingly noting West Wendover’s proximity to Utah and its status as a weekend gambling getaway, Councilman Hanson was skeptical of how robust recreational cannabis sales would be.

“It’s no secret revenue here is tourism. How it would impact tourism, I don’t see any big escalation in numbers since the legalization in Las Vegas. At this point it’s too soon for me to make a decision,” he said.

Mayor Daniel Corona — who has been outspoken in his support for recreational marijuana and “pot tourism” from Utah — said Mesquite, Nev., has been selling for some time and had no negative effects.

“The voters of west Wendover voted overwhelmingly in favor of Question 2, 57 percent to 42 percent,” he said.

He also worried that West Wendover would fall behind other communities, including those in Utah.

The mayor of Wendover, Utah, spoke up at the meeting, worried that recreational sales would impact his community.

“We’re Utah, they’re Nevada,” he said. “Talking to our police department because it is illegal, it’s going to stretch our department a little bit. Your parking lots and such are in Utah. That affects our department. We don’t gather any of the revenue you guys do.”

“Why would you want to bring it into your society? It is still a drug! I don’t care how many people say it’s safer than alcohol,” a woman told the council.

“The people have spoken and say they want recreational marijuana here,” countered a man who spoke.

In the end, the council voted to table any discussion until a future date.

“Who gets to decide when?” asked Councilman Gutierrez.

“My concern is, are we afraid to make a decision or are we just going to continue to kick the can down the road?” the mayor chimed in.

The decision to halt discussion on recreational marijuana sales came just before U.S. Attorney General Jeff Sessions repealed Obama-era directives that relaxed some of the rules on marijuana prosecutions. Nevada political leaders were still evaluating the impact on their marijuana industry.

Sen. Orrin Hatch, R-Utah, was critical of Sessions’ decision, saying through a spokesman he “encourages the Department of Justice to remove bureaucratic red tape – not put up roadblocks – to allow our nation’s top medical researchers to study the potential medicinal benefits of marijuana.”

Supporters of medical marijuana are in the midst of gathering signatures to put the issue before Utah voters on the 2018 ballot. Asked if the Sessions directive would impact them, the Utah Patients Coalition responded with a simple: “No.”

The group told FOX 13 in a story broadcast Wednesday night they had collected 85,000 signatures so far. Gov. Gary Herbert made comments predicting that medical marijuana might ultimately be reality in Utah.

Marijuana Joint Worth $24,000 Is Literal Definition Of Financial Hit