The smell from marijuana crops is driving Californians to distraction.

Marijuana has become a new crop of choice in the farmlands surrounding Carpinteria, in South California.

Residents say a thick, skunk-like odor from the marijuana plants settles over the valley in the evenings and before dawn.

“We don’t want a marijuana smell,” Xave Saragosa, a 73-year-old retired sheriff’s deputy who was born and raised in the town and lives near a greenhouse that grows marijuana, said. “We want fresh air.”

Mr Saragosa said the smell keeps his wife up at night due to coughing.

To keep out the stench, they have tried stuffing pillows under doors, lighting incense and shutting windows, a reluctant choice since it also keeps out the cool ocean breezes.

Toni Stuart, an 80-year-old retired Episcopal priest, said the odor doesn’t creep into the area near the beach where she lives, but she worries about the community changing.

“I would not like Carpinteria to be the ‘cannabis capital’ of Southern California. I like it the way it is. It’s a very quiet, unpretentious beach town,” she said.

“If people want to grow cannabis instead of flowers or avocados or macadamia nuts — I suppose that’s their right. But they’ve got to think about their neighbors.”

Carpinteria is about 85 miles from Los Angeles and is famous for its beaches, wine and temperate climate.

The county amassed the largest number of marijuana cultivation licenses in California since broad legalization arrived on 1 Jan — about 800, according to state data compiled by The Associated Press.

Two-thirds of them are in Carpinteria and Lompoc, a larger agricultural city about an hour’s drive to the northwest.

Virtually all of Carpinteria’s licenses are for small, “mixed-light” facilities, which essentially means greenhouses.

The area’s greenhouses have their roots in Carpinteria’s cut flower industry and some flower growers weary of import competition have started trying to grow cannabis.

Others have sold their greenhouses to marijuana investors.

“We have literally no carnation production in the United States any longer because South America grows them so cheaply,” said Kasey Cronquist, chief executive of the California Cut Flower Commission. ”

Farmers had to move crops, and that is what we have seen happen over time — they’ve gone to crops that are more valuable or more difficult for Ecuador and Colombia to ship.”

Some farmers see cannabis as a plant that can help preserve the area’s farming culture, said Mollie Culver, a consultant for the Cannabis Business Council of Santa Barbara County.

Californians voted to legalize marijuana in 2016, but counties and cities have a say on whether they allow cannabis production, distribution or sales. 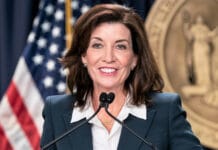 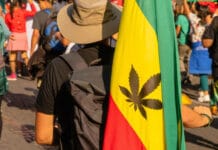 California’s Pot Sales Are Escalating, Along With Growers’ Energy Costs