In the week when the UK government announced plans to ban poppers and laughing gas, a weed supper club was announced in London.

Was this to incite people to spark up and to to make a stand against draconian laws for minor drug use via the popular food scene? Well, no, actually. It’s just a chance to create interesting dishes themed around the notion of getting stoned.

“We’re not trying to make a statement but personally, I think coming from a country whose alcohol consumption is well documented, it’s all about having a bit of perspective and being open minded to other forms of relaxation,” explains Matt Klose, the chef behind Cannibistro. “It’s meant to be really nostalgic and looking at the ritual of getting high and looking at the cliches, so it’s a bit of fun really.”

Not that anyone will actually be getting blazed at this two-night, pop-up dinner. Instead, the menu is a four-course supper focusing on hemp: that small, nutty-flavoured seed Whole Food enthusiasts just won’t shut up about.

Despite coming from the cannabis plant, the reason you won’t get a buzz from eating hemp is because it contains none of the psychoactive substance, THC, found in varying abundance in female marijuana plants. It’s currently a hyped super-food, thanks to its high count of easily digestible protein (a 30 gram serving contains 10.5 grams), amino acids, and a sh*t-ton of Omega 3.

“Hemp has so many health benefits,” says Klose. “It’s so good for us and is really underused, which is also one of the main reasons we’re featuring it so heavily on the menu.”

Klose has split the menu into two halves: the “ceremony” and the “munchies.” To start is hemp “weed” tea, with the leaves brewed with bone broth and served via teapot into individual bowls of oxtail ravioli and herbs. Following that is the fittingly stoner dude-named “Roll Your Own Joint… jk, Not Really.” Diners can play with the act of “skinning up,” with Rizla-like rice paper sprinkled with strands of samphire, cubes of cured mackerel, and hemp seeds.

Then, it’s on to the munchies section of the evening: big sharing plates of kebabs that Klose describes as “beautiful smoked hogget, flatbread, and pickled red cabbage and lots of spice, dukka, and hemp seeds.” There’s also a re-imagining of a Snickers bar, with dark chocolate mousse, peanut, and (of course) hemp seed brittle and salted caramel. It all sounds pretty good, whether you’re baked or not.

Meanwhile, over in California, supperclubs are realising that with laws relaxed on marijuana use for “medical” reasons, there’s no need to leave the THC out of dinner. The Luck Pot collective in San Francisco hosts dinner parties with renowned local chefs including Robin Song from Hog & Rocks, who created a bespoke menu.

The group even employs a weed sommelier to pair each dish with the perfect strain of smoke. If you’re a medical card-carrying gourmand (and all cards are checked on entry to the secret supperclub) then congratulations, you’re about to take fine dining to a new high.

“Just as with wine, there are myriad components to take into consideration when it comes to pairing cannabis with cuisine, like acidness versus richness,” explains Tanner Wyer, a founding partner of All Things Good who produce The Luck Pot. “It’s important to take in all of the elements of the cannabis as it relates to what is being plated. For a true pairing experience, one thing we highly recommend is the ‘dry hit’. Taking a cannabis joint and pulling a dry hit – non lit – so that you can really appreciate and taste the varietals in the flower and how that might pair with certain foods.”

The fact that San Francisco considers itself such a “foodie” city is one of the reasons Wyer and friends decided to start dinner parties matching smoking with food.

“The city has such a rich history and world-wide renowned as an international hub for food, cannabis, and culture. The idea sprung from years of experience traveling across the country and around the world,” he says. “We immediately noticed a huge market that was being grossly underserved.”

Back in the UK, and although Cannibistro’s diners can’t actually enjoy the real deal at their dinner, Wyer approved of the supper menu.

“This sounds f*cking amazing!” he says.

It seems to be the response Klose is going for – with or without a side of puff. 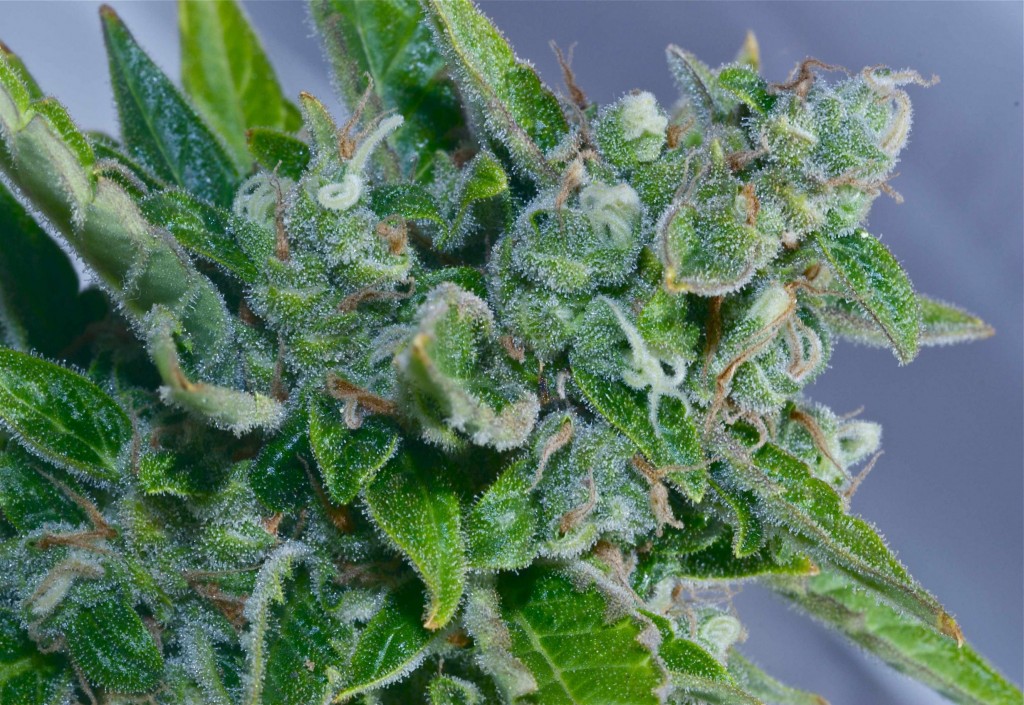