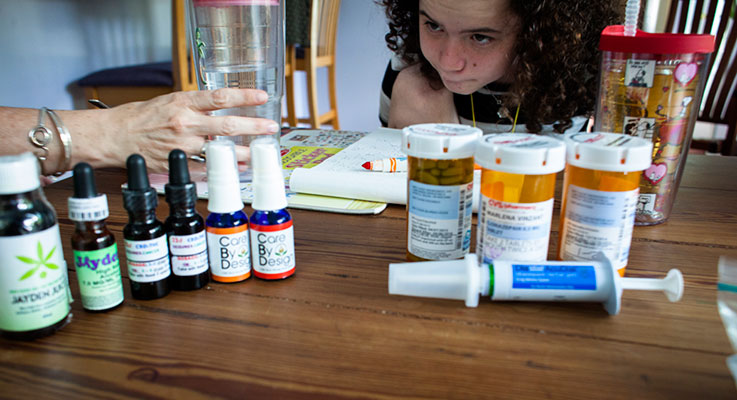 A bill has passed in Colorado that would require school districts to allow students to use medical marijuana on school grounds.

The bill will only allow non-smokeable cannabis medicine at schools.

“There is a no smoking ban at schools anyways, this isn’t about that. This is controlled. This is me coming to the school as a caregiver. No school administrators, school personnel, school nurses, nobody is going to be giving this to the kids except the caregiver,” said Jennie Stormes, whose son uses medical cannabis.

Jax Stormes has Dravet’s Syndrome, which leaves him severely disabled and suffering from constant seizures. His mother said cannabis is the only medicine that has worked well for him.

“This is about me as a parent being able to take care of and meet my son’s medical needs while being able to allow him to have his education,” she said.

Jax was suspended last year after he accidentally brought his cannabis tablets with him to his District 49 high school. According to the existing policy, Jax had brought a controlled substance on school grounds.

Lawmakers are hoping to avoid situations like that by passing a bill that requires school districts to allow medical marijuana on school grounds if it is given to the student by that student’s caregiver.

Jax’s mom testified at the State Capitol as the bill moved through.

The bill does allow school districts to opt out if they put a disclaimer on their website explaining why or if they can prove they lost federal funding because of the policy.

As 11 News has been reporting, District 49 has already drafted such a policy because of students like Jax. They’ll be making a final vote on that draft policy on May 12.

11 News reached out to all the school districts in southern Colorado to see if they plan to write a new policy. We are still waiting to hear back from many of them.