Regulators released 276 pages of rules that the aspiring industry must play by come Jan.1, when the state, for the first time, will allow recreational cannabis sales to begin.

In fall 2016, California voters passed Proposition 64, which legalized the use of recreational marijuana. Rolled into the measure was the need for growers who wanted to get involved with recreational cannabis to apply for state licenses starting Jan. 1, 2018. Proposition 64 was passed almost a year after Gov. Jerry Brown signed three bills mandating an overhaul of comprehensive regulations on medical marijuana by January 2018.

Three state agencies – the Bureau of Cannabis Control, the Department of Public Health and the Department of Consume Affairs – partnered to release 211 pages of draft rules in April. The release was followed by a series of public hearings at which thousands of comments were received from stakeholders.

Regulators initially sought to fine-tune medical marijuana regulations, but those plans changed in June after Senate Bill 94, a trailer bill, was added to the state budget. The bill, known as the Medicinal and Adult-use Cannabis Regulation and Safety Act, called for merging the medical and recreational laws into one system.

In September, the state agencies withdrew draft medical regulations in lieu of a new set of rules for both medical and recreational sectors.

**Adult-use customers may buy up to an ounce of cannabis, 8 grams of concentrate and six immature plants. Medical patients can purchase up to 8 ounces of cannabis.

**Adult-use cannabis products or samples may not be given away free of charge.

**Bicycles or drones are not usable for deliveries; only enclosed vehicles may be used.

**Edible products cannot exceed 10 milligrams of tetrahydrocannabinol per 100-milligram serving or 100 milligrams in a single package.

**Products must be tested for proper levels of cannabinoids, pesticides, heavy metals, moisture, microbial impurities, solvents and other chemicals.

To receive a state cannabis business license, growers will have to abide by local regulations and guidelines. In Calaveras County, however, those guidelines are still in what some consider a state of flux. An emergency ordinance was passed in May 2016 to help cut into what some call the “green rush” that followed the Butte Fire.

Last year, 737 marijuana growers applied to make a June 30 deadline established by the urgency ordinance. Each paid $5,000 to procure permits for commercial cultivation. Through the fees, the county collected $3.7 million in revenue.

Fast-forward to 2017 and a concrete framework is still in the works. Members of the Calaveras County Planning Commission will meet on Dec. 6 to offer their recommendations for a regulatory framework and there is a belief that regulations might be completed sometime in December.

Calaveras County Board of Supervisors Chairman and District 3 Supervisor Mike Olivieria said that the board is taking its time to avoid any shortfalls or issues with a regulatory framework. Members of the board have mentioned that they feel that the current urgency ordinance is either too permissive or too stringent.

Combine the issues with the local urgency ordinance and the volatility of the state’s draft regulations and a slow-moving process is seen. Oliviera called the state’s regulations a “big guessing game” at this point in the discussion.

“We don’t want to fast-track this thing and make mistakes,” said Oliviera. “If the board hears the matter on the 19th of December, that still gives us ample time to get things done. But we still don’t want to make the same mistake.”

“We just hope we learn from past mistakes to make sure that it is something that works for everyone,” Oliviera said, adding, “We can’t rush it; (we) have to be smart.”

Oliviera said that he planned to meet with Lori Ajax, director of the state’s newly formed Bureau of Cannabis Control, sometime this week to discuss the draft regulations.

The “stringent” framework of state laws is a positive, according to Calaveras County District 2 Supervisor Jack Garamendi.

“That is a real advantage over what we faced in May 2016,” said Garamendi. “The state has some very strong environmental regulations. That’s good because when we did the emergency ordinances, a lot of it was not fully cooked.”

The Bureau of Cannabis Control announced on Tuesday that it was submitting the proposed regulations for commercial medicinal and adult-use cannabis to the Office of Administrative Law, opening a period of public comment on the proposal.

Workshops are planned by the Business, Consumer Services and Housing Agency in conjunction with state-chartered banks and credit unions for December.

Regulatory compliance with state and federally backed banks continues to be a point of contention for people involved with cannabis because banks insured by the federal government cannot handle money from illegal activities, and cannabis is still considered a Schedule 1 narcotic by Washington, D.C.

According to preliminary estimates by GreenWave Advisors, $5.2 billion in revenues are up for grabs in 2018, with close to $1 billion in accompanying marijuana taxes. However, a lack of banking options for cannabis growers is creating a large need to fix the issue. 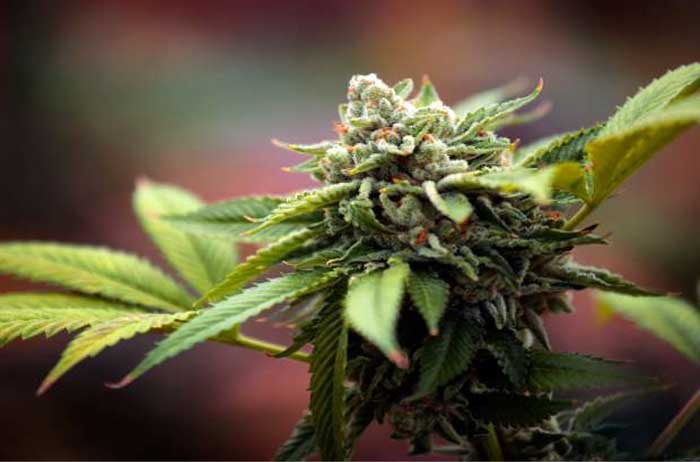