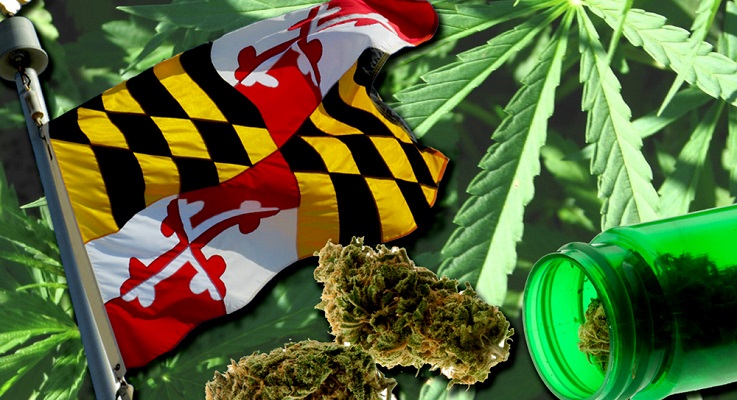 A 152,000-square-foot warehouse in Cumberland, Md., could soon be the home of some of Maryland’s first legally produced medical marijuana. To address security concerns, Peak Harvest Health says it will install bullet-proof glass and retinal scanners to identify those entering the building. Employees will wear color-coded uniforms confirming where they are allowed to be.

By late 2016, if approved by state regulators, the windowless building next door to a police station could be churning out up to 18 pounds of marijuana a day, enough to treat thousands of patients a month.

A year after Maryland legalized marijuana for medicinal use, the seeds of an industry are beginning to form. Experienced marijuana growers from across the country have begun piling into the state to compete for $165,000 a year in state-issued licenses to grow medical-grade pot.

The Maryland Medical Cannibas Commission, which regulates growers, said it expects to give out up to 15 licenses by late 2015 or early 2016. But at least 60 companies are likely to apply for a license, according to the Maryland Cannabis Industry Association. The market could quickly become oversaturated, industry insiders say.

“Some of the most successful entrepreneurs in Maryland have their eye on this opportunity,” said Rachelle Yeung, government affairs manager at Denver-based Vicente Sederberg, which is helping some companies wade through Maryland’s approval process. “And medical cannabis providers from other very competitive states are looking to operate [in Maryland] as well.”

Gaithersburg-based Green Leaf Medical has signed a lease for a 42,000 square-foot warehouse in Frederick County after collecting nearly $1 million from investors. The company has packed its board with PhDs, including pharmacologist Vincent Njar and agronomist Marla McIntosh of the University of Maryland. Frederick Police Department veteran Tom Chase will advise the company on security issues.

But locally based firms will face stiff competition from out-of-state growers.

At least two New York-based companies — Citiva Medical and Alternative Medicine Associates, which has established a Maryland subsidiary — were not approved to set up operations in their home state and are vying for a license in Maryland.

“If you look at the state of Maryland, you’re not supposed to know how to grow marijuana on a massive scale, so you have to look outside the state for people with the right credentials,” said John Pica, a former state senator from Baltimore who is helping Alternative Medicine Associates with its application.

Green Thumb Industries, a Chicago-based company that won three cultivation licenses in its home state, is also applying for a Maryland license. The company said it received county commissioners’ endorsement to produce medical marijuana in Hagerstown.

Regulators will consider whether the companies have Maryland residents in their executive ranks or among their investors during the approval process.

Cumberland-based Peak Harvest Health, which has raised $12 million from investors, is filling its ranks with well-known local executives and is aggressively courting Maryland-based investors.

When Maryland legalized medical marijuana, Ethan Ruby, a former private-equity trader and the company’s co-founder, partnered with Kevin Gibbs, a District native who spent 10 years with the L.A. Dodgers and the New York Yankees, and Peter Kirsch, a local real estate executive.

Ruby became a medical marijuana activist after a car ran a red light while he was crossing a Manhattan street and slammed into another vehicle, colliding with Ruby and leaving him paralyzed from the waist down.

“Most people’s experience is just recreational in college, but I thought this could be really beneficial,” he said.

Ruby said he spent the better part of the next decade learning everything he could about the marijuana industry, moving his family in 2010 to Colorado, where he secured an apprenticeship at a distribution center and learned the mechanics of growing and processing medical marijuana products.

Last year, Ruby and his team approached members of the Cumberland City Council and brought two city officials to Connecticut to tour a Theraplant facility there. Eighteen months later, Cumberland’s City Council passed a resolution expressing its “exclusive support” for the company’s application.

If the company’s license is approved by state regulators, a team of 30 to 35 employees would grow the plants in a Riverside Industrial Park warehouse and infuse the cannabis into the pills, syringes and patches that are becoming become the norm for the industry. Peak Harvest Health says it will initially use only about a third of the 152,000 square-foot facility.

It’s unclear how large the marijuana market in Maryland could become or how quickly it could materialize. But Hannah Byron, executive director of the Maryland Medical Cannabis Commission, said that Arizona may be a model for what may happen here; the two states have similar population sizes. Market research firm Arcview estimates that Arizona’s medical marijuana market grew from $35 million in 2013 to $155 million in 2014, the fastest growth of any state.

But some say investors and growers are jumping the gun in Maryland.

“There are too many people playing in the market at the beginning,” said Doug Butdorf, chief executive of North Country Roots, a company that failed to win a grower’s license in New York. “I think Maryland is trying to bite off more than it can chew in the short term.”

Maryland “is seen as a market that’s exciting and there’s opportunity there, but it’s going to be costly and you’ll see people drop off pretty quickly,” he said.

Maryland’s cap of 15 grower licenses is more restrictive than places such as Colorado — which has no limit — but looser than Minnesota and New York, which limit the number of growers to two and five, respectively.

Butdorf said his company is passing on Maryland, at least for now, because he thinks there will be too many suppliers at the outset. 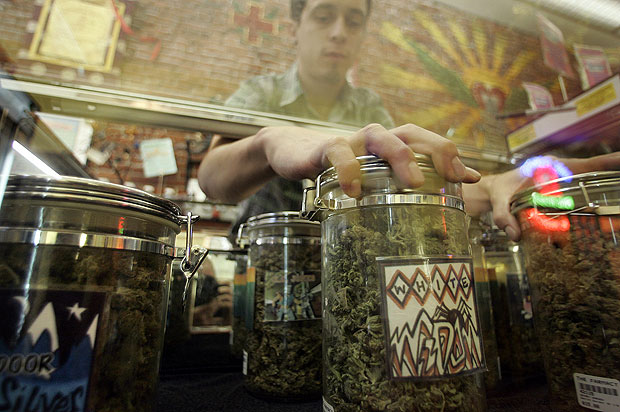