As Oklahoma voters prepare to make a decision on legalizing medical marijuana, one family is using cannabis oil to help a young girl with a rare medical condition.

KOKI has been following the story of Jaqie Angel Warrior for years now. Her mother, Brittany Warrior, said she needs cannabis oil to help with the seizures she has every day.

Jaqie Angel Warrior suffers from a rare and potentially deadly form of epilepsy. Traditional pharmaceuticals haven’t worked well for her, the family says.

She started having seizures at 5 months old. At 20 months old, the family put her on cannabis oil at the advisement of her neurologist. Since then, she has been weaned off all pharmaceuticals.

Jaqie’s mother, Brittany Warrior, said they were losing all hope before they tried cannabis oil.

“Prior to starting cannabis, Jaqie had anywhere from 150 to 300 seizures a day. She was catatonic and life was fading out of her before my eyes,” she said.

The family has traveled back and forth, and even temporarily moved to states with legalized medical marijuana.

Now that State Question 788 is on the ballot in Oklahoma, Brittany Warrior hopes that voters will support the measure to help her child. 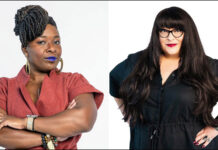