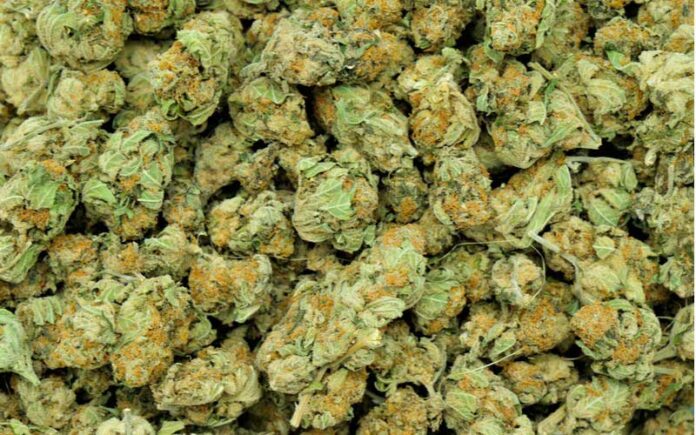 Just as it seemed Gov. Phil Murphy’s office and the state Legislature had come to an agreement that would end a years-long struggle to legalize marijuana in New Jersey, opposition from lawmakers has derailed the effort in another bizarre twist in the saga, NJ Advance Media has learned.

State Sen. Nicholas Scutari, D-Union, who sponsored a “cleanup” bill (S3320) to address Murphy’s call to add penalties for underage use of marijuana, said Friday afternoon that measure will not go up for a vote in the full Senate on Monday after other senators objected to it.

The governor has declined to sign bills passed last month to legalize and decriminalize weed without changes that enact penalties for those under 21 caught with marijuana. He called the issue “technical but important.”

The legalization and decriminalization bill had discrepancies; one sought to do away with penalties for all ages possessing up to six ounces of marijuana, and the other made underage possession a disorderly persons offense.

The cleanup bill sought create uniform, mild penalties. That walked back a previous attempt by lawmakers to end punishments for marijuana possession.

But it fell apart on Friday afternoon, even though Scutari had presided over a Senate Judiciary Committee Thursday that advanced the bill by a vote of 7-3, and just hours after the governor’s office said Murphy approves of the bill and would sign it into law if it passed the Legislature Monday.

Scutari said Friday he was removing his name as a sponsor of the cleanup bill, marking a full 180 on the measure after members of the Senate expressed fierce opposition. Nearly two weeks of work and negotiations between the administration and lawmakers collapsed in one afternoon.

“We’re satisfied with the bill that we gave them, and we want them to take action on that bill,” he said, referring to the original bill to legalize that the Legislature passed in mid-December.

He said Murphy will have to veto or sign the bill as is, and that the Senate is done with the issue until then.

“It’s a change in policy,” Scutari said. ”They thought it was technical, but it’s not.”

He said he agrees with other lawmakers that the change could lead to more arrests of Black youth.

“In the 11th hour, the governor has proposed legislation that will disproportionally and unfairly hurt communities of color,” state Assemblyman Jamel Holley, D-Union, who sponsored legalization bill, said in a statement. “The governor can’t hold legislation hostage in an effort to further target over-policed communities and place a de facto tax on poor people whose children may suffer from drug abuse and addiction. This proposal is regressive, draconian and ethically perverse.”

The Assembly also pulled the vote on the cleanup bill from its Monday session on Friday evening.

A spokesperson for the governor’s office declined to say if Murphy will sign or veto the legalization bill on his desk.

Arizona One Year On

Medical Marijuana Expansion Could Be Steppingstone To Recreational Legalization In New...