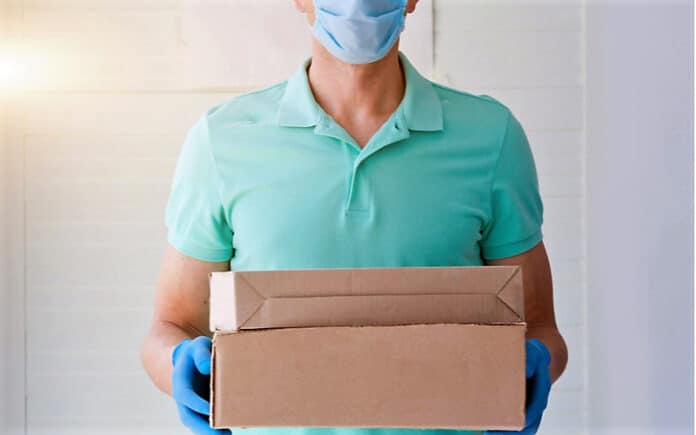 “The demand continues to be high, but we are continuing to meet demand,” said Tyler Klimas, executive director of the Cannabis Compliance Board.

Gov. Steve Sisolak a week ago mandated all marijuana retail storefronts close shop in an effort to slow the spread of the COVID-19 virus statewide.

He allowed the shops to continue at-home deliveries because marijuana is considered an “essential business” since it is categorized as a medicine by some. Cannabis is recommended by certain physicians to help treat a variety of illnesses and conditions including cancer, post traumatic stress disorder and chronic pain.

The industry also pulls in tax flow. The most recent state taxation data showed upwards of $60 million in sales monthly in Nevada, with between $8 million and $10 million going to the state.

In all, 59 dispensaries statewide are now making deliveries, up from 38 the previous week, Klimas said.

In response to the industry’s shift of all retail operations to delivery, the Nevada Department of Taxation approved a temporary, remote inspection procedure to rapidly grow the fleet of industry vehicles allowed to transport orders. All licensed retailers that have vehicles meeting the department’s security standards can temporarily deliver product.

The department has approved nearly 300 new delivery vehicles, Klimas said. He did not know how many vehicles in total are registered for delivery in Nevada.

He did not disclose how many deliveries Blackbird ordinarily makes in a day, nor how much product is delivered on average in a day.

“Typically, we’re able to operate in this on-demand environment while these orders are coming online,” said Barghouti, noting most orders are filled within two hours.

In the past week, however, marijuana purchases nationwide have increased by about 30 percent, according to an analysis from BDS analytics. More people are buying pot, and people are buying larger amounts of pot.

Because of the surge in orders in Nevada, Blackbird has been closing menus within an hour of opening them online at 10 a.m. While consumers can always shop, they can only complete a transactions when the menus open.

“We’ve seen a huge influx in new users, they’re curious. They’re doing nothing but sitting around their house, so why not get stoned?” said Barghouti.

Additionally, Blackbird is no longer fulfilling orders within a few hours, rather delivery the following day.

“We’re also encouraging people to maximize their orders so they get what they need all at once. It’s just like at the grocery store. Maybe take one more can of fava beans.”

A new normal?
Jon Sandelman, CEO of Ayr, which owns both Mynt operations and The Dispensary in Reno, said the retail sites previously weren’t offering deliveries.

Now the company has shifted gears, converting sales associates into drivers and likely looking to continue deliveries even after the pandemic is contained.

“People are learning that we can just work in a cloud,” Sandelman said. “This experience is going to teach a lot of people about how they will run their business in the future.”