At the start of the fall semester, Kennedy Mattes ’23 founded an expungement initiative as an outgrowth of Students for Prison Education, Abolition, and Reform (SPEAR), a student group that has led a wide range of criminal justice related campus protests — from University divestment from private prisons, to “ban the box,” a movement to eliminate the conviction history question from undergraduate applications.

Currently, SPEAR attracts around 30 to 40 students to its weekly meetings, according to SPEAR Co-President Gina Feliz ’22, and seven students came to the first meeting of the expungement initiative on Sept. 13, according to Mattes.

Following legalization, more than 362,000 marijuana convictions have been automatically expunged since July 1, according to the New Jersey Judiciary as reported by the Asbury Park Press. But many of those whose records have been effectively cleared have not been informed of the change, Mattes explained.

“The state police are not informing people when their records have been expunged,” Mattes said she learned in her research. Those who remain in the dark about their change in record status, she said, may continue to avoid certain housing or jobs that formerly incarcerated people are barred from, or might continue “checking the box” indicating criminal history in applications despite no longer being legally obligated to do so.

That’s where the student initiative comes in.

“The initial goal was to spread awareness about this order so that people knew about it and could know whether they were on the list to receive an expungement,” Mattes told The Daily Princetonian. “And now, we’re taking on the overall objective of just making expungement information more accessible.”

Udi Ofer, the director of the American Civil Liberties Union’s Justice Division and a visiting lecturer in the School of Public and International Affairs, told the ‘Prince’ he’s excited to see students getting involved with this cause.

“It’s encouraging that Princeton students are working to help expunge peoples’ records,” wrote Ofer, who teaches a course on mass incarceration. “Living with a criminal record leads to a life of legalized discrimination. Nationwide, there are more than 45,000 legal restrictions on people living with a criminal record, including housing employment, education, and even voting.”

“This legalized discrimination impacts people of color disproportionately,” Ofer added. “It’s why many of us call it the New Jim Crow.”

Ofer also stressed that while spreading awareness about those individuals whose marijuana-related records have already been expunged is important, there are also many other issues — both involving expungement specifically and criminal justice reform generally — which University students can help address.

“You should get involved with this because it’s helping people outside of your bubble in Princeton,” Mattes said in a pitch to prospective members. “It’s using Princeton’s resources — which a lot of the time aren’t used for good — to actually do something that will benefit other people.”

The student group’s founding comes as just beyond FitzRandolph Gate, a fierce debate continues over the future of weed in Princeton. After four public meetings, the municipality’s Cannabis Task Force has not yet announced a recommended ordinance related to zoning and restrictions on potential cannabis dispensaries in the town.

At the Sept. 18 meeting of the task force at Hinds Plaza, Task Force Chair and Councilmember Eve Niedergang GS ’85 said that the group “overwhelmingly” favors allowing up to three dispensaries in town. But the task force also saw pushback from a majority of the meeting’s 25 attendees.

Ofer, a member of the task force, said that for students looking to get involved with the movement to end mass incarceration, “there are important opportunities here in Princeton.” For his part, Ofer said he has been pushing the town to implement marijuana legalization in a “racial justice-oriented manner, since its communities of color have faced the brunt of the War on Drugs nationally and here in Princeton as well.”

Citing his own research on racial disparities in marijuana arrests in Princeton, Ofer stressed what he sees as Princeton’s obligation to “ensure equity in enforcement as well as equity in the cannabis industry, and that the revenue from cannabis sales in Princeton is reinvested in communities historically targeted.”

Councilmember Michelle Pirone Lambros also raised the issue of how to allocate the two percent tax revenue from future marijuana sales in the town at the Sept. 18 meeting.

Ofer emphasized the impact students could have in furthering this cause.

“Students can play a pivotal role in ensuring that the town of Princeton implements cannabis legalization in a justice-oriented manner, and I encourage them to get involved locally,” Ofer said.

The new initiative is also affiliated with Students for Sensible Drug Policy, whose student leaders did not respond to a request for an interview.

Feliz stressed that for students looking to contribute to criminal justice reform advocacy on campus, “there’s no barrier to entry.”

“It’s okay to still be learning about some of these issues,” she said, adding that she hopes students know they are always welcome at SPEAR meetings and need not apply to be part of the group. 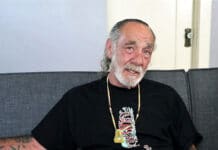