There's a great moment in the new History Channel miniseries, America's War on Drugs, when a former DEA agent named Celerino Castillo explains why America's crusade to purge drugs from the world is doomed to fail: "America is more addicted to drug money than they are addicted to drugs."

After risking his life going undercover in the 1980s, Castillo had been disillusioned — quite a few different times — to discover that the CIA couldn't care less about stemming the flow of cocaine from Latin America. In fact, the agency ignored the Contras' drug smuggling. The cocaine moved by the guerrillas made its way to America's inner cities as crack, fueling an epidemic of addiction and mass incarceration that has helped make America the number one jailer in the world. When San Jose Mercury reporter Gary Webb broke that story, he was maligned as a conspiracy theorist and fired. Webb eventually killed himself.

Unearthing these kinds of dizzying links in the global drug trade is the driving force behind the eight-hour, four-night event, which premieres this Sunday, June 18th. Using historic footage, dramatic re-enactments and interviews with a cast of fascinating characters — including former CIA and DEA agents, drug traffickers and gang members — the series makes the case that the drug trade has always been entwined in America's military adventures: all the way from the CIA's secret experiments with LSD in the early Cold War, to opium production in Afghanistan during the War on Terror. "We really wanted to do an epic look at the secret history of the war on drugs in America and tell this much bigger story," says executive producer Andrew LappÃ©. "It's almost like the secret history of the last 50 years."

A veteran journalist who collaborated with Gary Webb at an investigative reporting conference in Mexico, LappÃ© says it's odd that most people don't look at drugs through the prism of global relations. "It's uncanny," he says. "We're all so focused on the drug problem in the country, but we don't stop to ask, where are those drugs coming from? And what are the global forces driving drug trafficking?"

In answering those questions the series has dug up an engrossing history, some of it largely wiped from the mainstream conversation around drugs. Did you know that in the early 1990s, the Bloods and the Crips forged a truce and tried to get out of the drug trade? Or that Nazi butcher Klaus Barbie avoided justice after World War II, embarking on a second act as a cocaine trafficker, murderer and regime-toppler? Or the story of the "Cocaine Cowboys," whose insane hijinks inspired Miami Vice? There's the gruesome end of Amado Carrillo Fuentes, head of the Juarez Cartel, who died at the end of a 10 hour plastic surgery to alter his appearance. The entire series feels almost too bizarre to be true.

"Some of it is mind-blowingly weird," LappÃ© says. "It's really a wild ride, something that captures your imagination."

Even as it moves at the pace of an international thriller, War on Drugs smartly lays out the shocking hypocrisy of US drug policy. Take Bill Clinton's two signature, now-infamous accomplishments: the Crime Bill and NAFTA. The former-President's anti-crime legislation flooded American cities with more cops and upped mandatory minimum sentences for drugs, causing America's prison population to explode. At the same time, by loosening border restrictions between the US and Mexico, NAFTA helped drug traffickers move massive amounts more product into the US. The trade agreement has been called a "deal made in narco Heaven" — and there's evidence Clinton was well aware of that potential outcome.

The series delivers injustice after injustice, with poor people of color almost always on the losing end. In one piece of footage from 1996, CIA director John Deutch is grilled at a community forum in South Central Los Angeles about the CIA's link to the crack trade. It's satisfying to watch him squirm, until you remember that there are still people serving life without parole for crack.

With America in the midst of an opioid crisis, fifty-odd-years worth of cautionary tales about how not to fight a war on drugs is more relevant than ever. Especially since Attorney General Jeff Sessions is an old-school drug warrior, bent on reversing the slim criminal justice and drug policy reforms that occurred under Obama.

"We have an administration, led by AG Sessions, promising to bring back the War on Drugs' most draconian policies, including mandatory sentencing laws," LappÃ© says. "Policies that most experts on all ends of the spectrum agree do little to stop people from consuming drugs and end up doing uncalculable harm to communities for generations."

Hopefully, the History channel will expose a large swath of America to a side of the drug story they've never heard - and it's a story that should resonate with blue and red state America alike.

"It's not a left or right thing. This crosses administrations and ideologies," LappÃ© says. "Here we are, with the War on Drugs making a stealth comeback and few Americans knowing the real story of its origins, or truly understanding why it has never worked," LappÃ© says. "It's never been a more timely topic because if they did, they would be shocked." 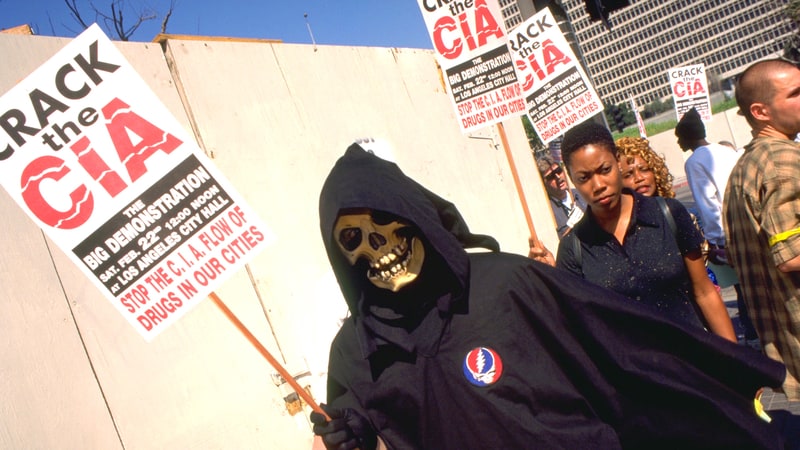 War On Drugs 40 Years On