Retail pot shops will soon be opening in Colorado's third-largest city. Aurora issued 21 retail licenses on Thursday, nine months after the first retail pot shops opened in Colorado. The city anticipates the new industry will bring an additional $2.8 million in tax revenues to Aurora. "Part of our requirement, as a minimum requirement, was that you had to have two years of experience in Colorado in the marijuana industry either in medical or retail," said Aurora Director of Finance Jason Batchlor.

Applicants were also required to have financial liquidity of $400,000 as just a start. The City of Aurora received a total of 58 applications for 24 available licenses. "They've got some work in front of them before they're open but now they know they're getting the license, they can get to work," said Batchlor. Aurora's Marijuana Enforcement Division will be managed by Robin Peterson. She said the shops will be inspected quarterly for the first year.

"One thing that the city has very strong feelings on is the odor. We're going to ensure that they have to take care of that, that was one thing that we stressed in the application process," said Peterson. "If you can smell it outside the building, you've got to do something to take care of that smell." Aurora said in looking to the future they will allow an unlimited number of grow facilities and testing facilities but their focus right now is the retail stores. "There are still three slots open for retail. The application process remains open until Sept. 2. Even though the retail pot shops have their business licenses, the stores cannot start selling marijuana until Oct. 1. 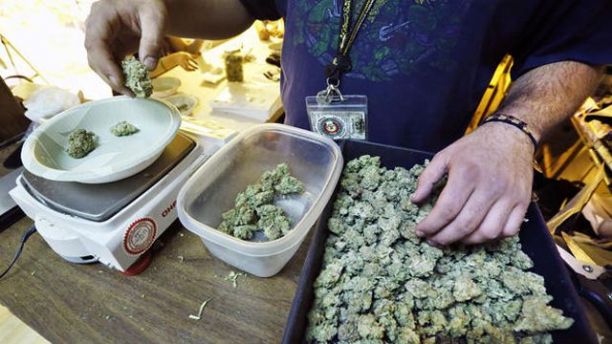