AZ: Some Worried About The Future Of Medical Marijuana

Phoenix - Some people are worried about the Trump Administration's stance of medical marijuana, as Donald Trump is stepping into the Oval Office.

Trump has selected Sen. Jeff Sessions (R-AL) as the country's new Attorney General. Sessions is an outspoken opponent of Marijuana, and some are wondering what will happen to medical marijuana in Arizona, should Sessions be confirmed.

Tammy Blanton has ruptured disks, migraines, and Sciatica, and her doctor said surgery was not a good idea. So, Blanton turned to medical marijuana.

"I would go back to the VA and have them put me on an ungodly amount of pills, trying to zombie out," said Contreras, saying what might have happened if he did not have medical marijuana.

Contreras works at the Giving Tree Wellness Center, a medical marijuana dispensary in the Valley. The owners of the dispensary are paying close attention to Sessions.

"I think we are all seeing the effect this plant has on our patients and communities," said Lilach Mazor Power. "We are worried it will stop."

Sessions has stated his opposition to marijuana before.

"We need grown-ups in charge in Washington to say marijuana should not be legalized," said Sessions, on a video that was aired on C-SPAN. "It is, in fact, a very real danger."

The Giving Tree Wellness Center cultivates a variety of marijuana strains for different medical needs. The business has 54 employees, and sees 300 patients at its two locations, every day. A federal crackdown on marijuana could jeopardize all that.

Despite the fear, people at Giving Tree believe ultimately, medical marijuana will not go away, because too many states have adopted it. 29 states have legalized marijuana, either for medical or recreational uses.

In Arizona alone, over 100,000 people take part in the state's medical marijuana program.

"We have a President-Elect who is supportive of State's Rights, and has expressed support for medical cannabis," said Dr. Gina Berman at the Giving Tree. "Hopefully, his Attorney General will follow his lead."

"It is a simple question," said Humble. "You have authority and ability and resources, if you are going to go after programs, but the question is how you will use your resources, and that is a question the new administration is going to have to answer for itself."

For Contreras, he hopes medical marijuana will remain legal.

"It really hits home," said Contreras. "I fought for the country. Kind of sucks I have to fight for my right to use medication that fits me. We would be hurting a lot of veterans and people who benefit from medical marijuana." 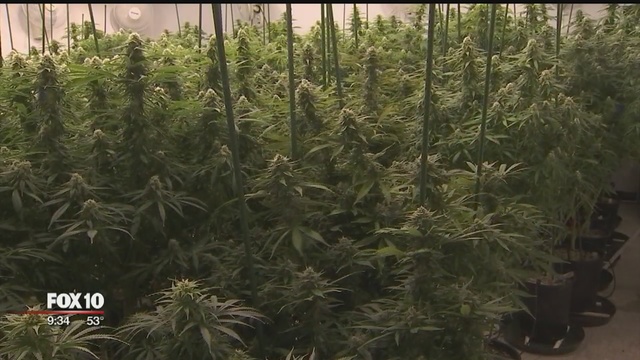