Medical marijuana has now been mandated for free distribution to low-income patients whom cannot otherwise afford it. In Berkeley, California, city officials voted unanimously to pass a mandate ordering cannabis dispensaries to donate two percent of their product to patients making less than $32,000 a year. The weed welfare program is set to launch in August 2015.

The free weed mandate, which passed in August 2014 and is the first of its kind in the U.S., comes at a time when several states are debating how to handle a growing movement across the nation to legalize marijuana for both medical and recreational use. The passage of the ordinance in Berkeley should not come as a surprise to many. Since the birth of the Free Speech Movement more than 50 years ago, the city has prided itself on its liberal values and policies. It is known for its generous benefits for the needy and a laid-back attitude toward marijuana use.

The Berkeley City Council approved the free weed mandate this summer with the hope of making medical marijuana, which can sell for as much $400 an ounce at dispensaries, accessible for all residents. While many residents and onlookers are applauding the mandate, there have also been concerns and criticisms raised over the measure. The most common objections raised have centered around the possibility of free cannabis hampering patients' motivation to look for work, as well as its high resell potential for those who are in need of money.

The mayor of Berkeley emphasized that the city was simply trying to ensure equal access to the drug as medicine, and its proven effectiveness in treating cancer pain and other maladies. In 1996, California became the first state to legalize medical cannabis use under Proposition 215. Now, 20 years later, Berkeley's new law has exposed a paradox of marijuana use as medicine.

Whether it is sold illegally on the street or legally in a dispensary, access to the drug depends on whether an individual can pay for it. If a patient has $40 to cover the cost, it is not difficult to find a doctor who will prescribe cannabis to treat insomnia, migraines, low appetite, or various other maladies. Unfortunately, this situation presents a double-edged sword, as it is often the people who do not need the cannabis that are getting access to the drug. This, in turn, makes it more difficult for those patients who could truly benefit from medical marijuana to gain access to the drug. Moreover, because cannabis remains illegal under federal law, insurance companies refuse to cover such treatments, which can run to hundreds of dollars per ounce for designer strains at local dispensaries.

There are already areas in California, including Berkeley, where weed welfare has been an ongoing practice by dispensaries. An informal network also already exists to help low-income people obtain medical cannabis in the San Francisco Bay area. Many area residents have relied on this so-called "compassion," which is a popular term for free medical marijuana, to help treat their maladies. Several dispensaries give away a few samples on a first come, first serve basis once or twice a month, while other larger dispensaries already give away approximately one percent of their monthly product.

Under the new free weed mandate, the compassion system has now been formalized in Berkeley, where city officials aim to provide low-income patients with a more reliable supply of medical marijuana. Only Berkeley residents are eligible for the free cannabis, and they must show proof of income (less than $32,000 a year for individuals). An added stipulation of the new measure is that the dispensaries, which are prohibited by California law from turning a profit, will also have to hire security guards to patrol in order to deter crime. However, the guards will not be allowed to carry firearms. Come next August, low-income residents of Berkeley, who qualify for it, will have additional help for a variety of ailments in the form of free medical marijuana, thanks to a new free cannabis mandate passed by the city council. 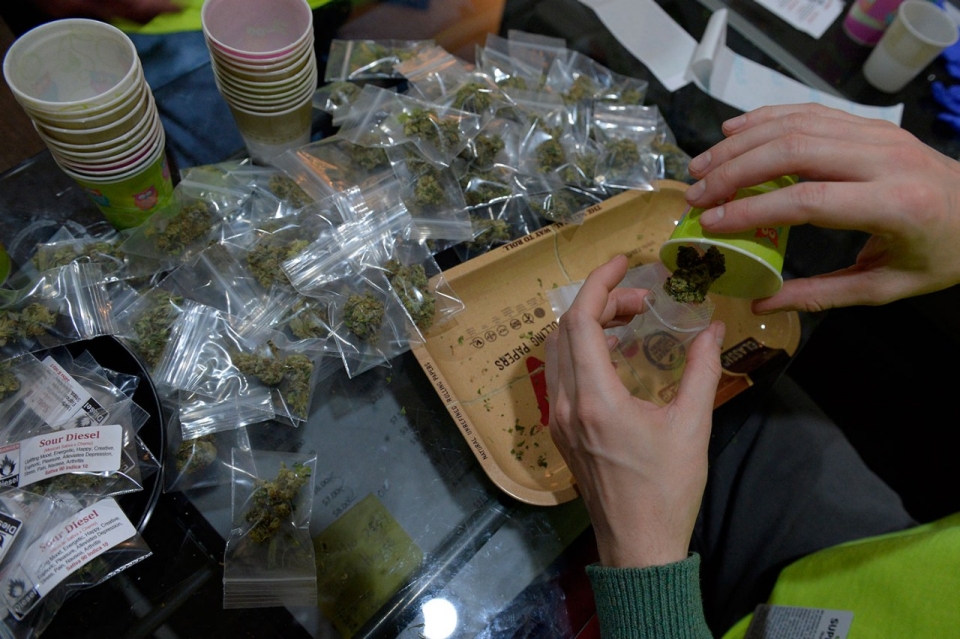