Will Yolo County supervisors lay out the welcome mat for businesses that want to grow medical cannabis on the county's rich agricultural land or will they shut the door altogether?

Tuesday's Board of Supervisors meeting may provide answers when the board is scheduled to receive a staff update on the county's interim ordinance governing outdoor cultivation and provide staff with direction moving forward.

Board members have been divided in the past, with three supervisors – Jim Provenza of Davis, Oscar Villegas of West Sacramento and Duane Chamberlain of the rural 5th District – generally favoring restrictions – and in some cases outright bans – on cannabis cultivation, while Supervisors Don Saylor of Davis and Matt Rexroad of Woodland have generally voted against restrictions and bans.

The result is a current interim ordinance that bans all commercial activity related to recreational marijuana and limits commercial cultivation of medical cannabis to growers who obtained permits before the county issued a moratorium last fall.

Yolo County's ag land has long been used for commercial cannabis cultivation, ever since California voters legalized medicinal cannabis use more than 20 years ago. However, county supervisors – as well as law enforcement – began receiving complaints a couple of years ago about odors and criminal activity related to commercial operations throughout the unincorporated areas of the county.

In response, supervisors enacted an interim ordinance that banned outdoor cultivation within 1,000 feet of schools, parks, churches and other facilities, as well as within 75 feet of occupied residences. Later the board would enact a 1,000-foot buffer around tribal lands at the request of the Yocha Dehe Wintun Nation.

But the interim ordinance – enacted in March 2016 – specifically allowed outdoor commercial cultivation (which includes greenhouses) on between 1,000 and 43,560 square feet if growers complied with California Regional Water Quality Control Board regulations and obtained a county business permit.

Growers also were allowed to cultivate up to 100 square feet of medical cannabis for personal use without obtaining a permit.

What followed was six months of what some described as a "land rush" with prospective commercial growers reportedly buying up property throughout the county to go into the commercial medical cannabis business.

Simply keeping up with the permitting process was overwhelming staff, county supervisors were told, and land speculation was on the rise, according to Agriculture Commissioner John Young.

"People have prequalified properties purely to raise the value of those properties with no intent to cultivate," Young told supervisors in October 2016.

"It's a virtual land rush to Yolo County because other counties have prohibited it and we've become the county of choice," Provenza said at the time. "I don't want to become the marijuana capital."

Provenza was joined by Villegas and Chamberlain in voting for the moratorium while Saylor and Rexroad opposed it.

Prior to the moratorium, a total of 64 commercial licenses were issued under the interim ordinance, according to county staff, and another 20 or 25 prospective cultivators filed paperwork prior to the moratorium deadline, though their final applications have not yet been submitted to the county.

Then California voters approved Proposition 64 in November, legalizing recreational marijuana use and leaving to local governments decisions on whether to allow or ban related commercial activity.

In response, Yolo County supervisors voted to ban all commercial activity related to recreational marijuana, including cultivation, processing, dispensing, distribution and more. Again, Provenza, Villegas and Chamberlain all voted for the ban, while Saylor voted against it. (Rexroad was absent.)

Provenza said the vote at the time was intended to preserve the status quo while the county continued working on a permanent ordinance related to both recreational and medical cannabis commercial activities.

Saylor, however, questioned the need for a ban. He also noted that 70 percent of voters in his Davis-based district had supported Proposition 64, "so I don't think the message is that they just want us to 'Just Say No.'

"I think there's got to be a connection between voting yes for adult use and understanding that that would be followed by our local bodies making decisions to allow access to proceed."

Since then, a cannabis steering committee composed of representatives from the Agriculture Department, County Counsel's Office, District Attorney's Office, Sheriff's Department, County Administrator's Office and others has been working on options for a permanent ordinance.

The committee is recommending that the board continue with the existing program, with modifications, and adding "value-added processes" such as nurseries and drying and hand-trimming facilities to the list of activities permitted in Yolo County.

Modifications recommended include changing the permitting process from the current system where growers must obtain a county business license, to one that falls under the county's land-use and zoning regulations, with the Planning Commission considering the application and Community Services administering permit applications.

Such a change would result in notification during the permitting process being given to all property owners within 300 feet of the exterior boundaries of the cultivation site and zoning restrictions on where medical cannabis can be grown, including prohibiting cultivation in areas zoned rural residential; restricting cultivations to parcels of a minimum size; limiting the number of permits issued for a specific geographical area; and establishing "no grow" zones within a certain distance from towns and cities.

But while the steering committee is recommending continuing and expanding what's currently allowed, Yolo County Sheriff Ed Prieto wants to end commercial cultivation of medical cannabis altogether, county staff said. If supervisors are unwilling to do that, Prieto has asked that there be no increase in the number of licenses allowed and that all cultivation take place inside greenhouses.

"Yolo County is already an agricultural powerhouse that dovetails nicely into cannabis agriculture since we have the right ethos, workforce, infrastructure, research, resources and location," said Winters resident Timothy Schimmel of Kind Farms in a letter to The Enterprise.

"With so much at stake, our county supervisors have judiciously studied and considered this issue and I believe it's time we take the next step," said Schimmel, who is currently focusing on building a state-of-the-art cultivation facility.

"We also need to forge smart partnerships with those companies exploring relocation to Yolo County," Schimmel said. "We need to recruit partners that reflect our strong culture and agricultural heritage — companies that offer good paying jobs with benefits, value, sustainability and have experience with community engagements."

One such partner, he said, is Oakland-based Dark Heart Nursery, which wants to expand with a move into Yolo County.

Dark Heart provides young plants to growers but needs more space to keep up with demand, the company's president, Dan Grace, has said.

"Every day we turn away farmers, including many from Yolo County, who struggle to find the plants they need to start their season," Grace wrote in a recent op-ed. "After searching statewide for the past year, I've become convinced that Yolo County is the best home to relocate my cannabis nursery from Oakland...

"We eagerly wait for cannabis nurseries to be served under the general cultivation permitting program passed last year by Yolo County. Nurseries are a critical part of the cultivation ecosystem and we believe the whole community benefits when local farmers can purchase local plants from local nurseries.

"Yolo County stands at the edge of a great opportunity in this rapidly growing industry," Grace said. 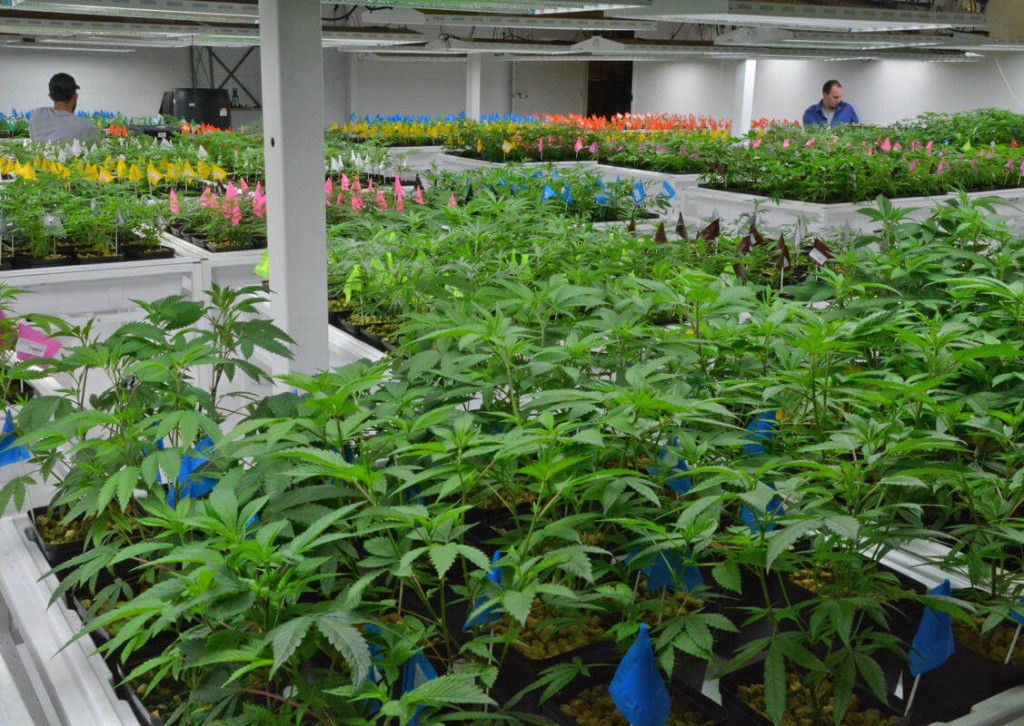