What began as an experiment in Colorado has now been called a success: the legalization of marijuana for recreational use. A study published by the Brookings Institution Friday touted the success of the program, titling the report, "Colorado's Rollout of Legal Marijuana is Succeeding." The Brookings Institution is an independent think tank based in Washington, DC specializing in government policy. The report focused on accessing government policy, not "whether legalization of retail marijuana was the correct decision," according to report author John Hudak.

Voters legalized recreational marijuana through a ballot amendment that took effect on January 1, 2014. It was the first state in the nation to implement such a policy. Since then, Washington State has also implemented a retail marijuana program, but all eyes have been on Colorado to monitor their success or failure. Hudak said, "It's too early to judge the success of Colorado's policy, but it is not too early to say that the rollout — initial implementation — of legal retail marijuana has been successful."

Voters in Colorado have another reason to celebrate the success of the legalization of marijuana. The tax money from marijuana sales has poured into their school-construction fund, a big selling point in the passage of Amendment 64. Through the month of May, more than $1.1 million in additional tax revenue from the amendment was added to the capital fund. The state expects another $2.5 million will be spent to hire health professionals for the school districts.

One of the reasons Colorado was successful in its venture, according to Hudak, is the state carefully planned and executed legal, regulatory and taxation guidelines. These early decisions were the most critical as the state law legally is out-of-step with federal law. "Shoddy implementation," according to Hudak, would potentially result in the federal government stepping in and shutting down " legalized marijuana in the state." Most of the credit he attributes to Governor John Hickenlooper and the creation of a special 34-member task force, including hiring a director of marijuana coordination. Hickenlooper, himself, opposed marijuana legalization.

The report sets apart six keys that made the implementation successful: a barcode tracking system for each plant grown for sale; vertical integration of growing, processing, and sales; creating barriers to entry for new marijuana sales businesses; purchase limits; video surveillance; sales used to fund industry oversight. Colorado's marijuana rollout has not been without struggles. The edibles market has been criticized as under-regulated, as children are attracted to packaging and even adults can over indulge without understanding portion sizes. Home growing of plants has presented a problem as well. Some are concerned that heavy taxes on the retail market will drive sales to the medical market where there is no taxation. There is also the issue of driving while high and whether roads are less safe since the implementation of the law.

While it may be too early to measure the full reach of Colorado's Amendment 64, marijuana legalization there has been a success by most accounts. Hudak also pointed out "how mature opponents were" and mentioned his surprise that they were so "willing to work with the other side." He added that their doing so was almost "unheard of," in politics these days. 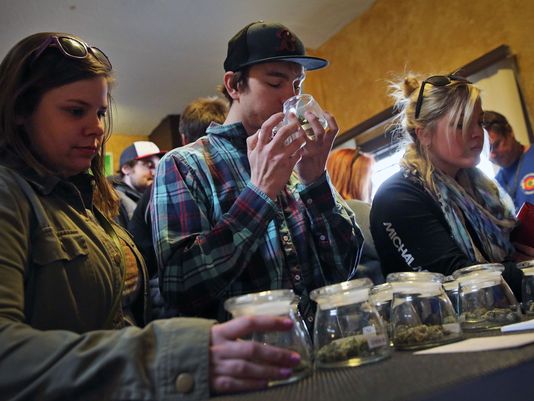